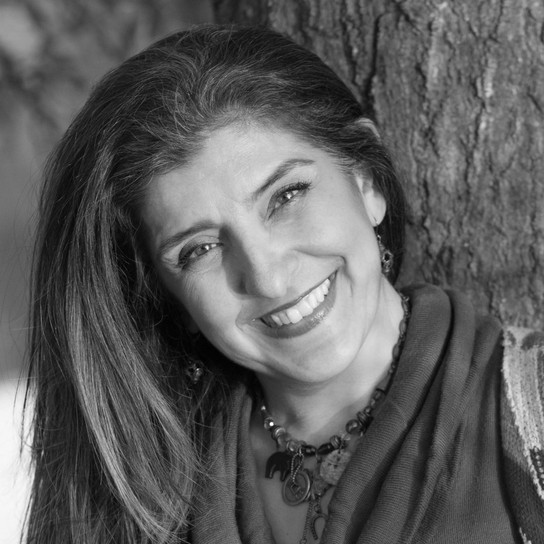 Get email updates from Afsaneh: 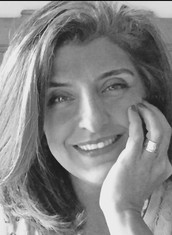 Welcome to A Quiet Corner

Did January and February fly by or is it just me? I've heard that life is like a spool of thread. The closer you get to the end the faster it goes by. True or false, I am experiencing it. Time seems to be running away from me like a shadow dissolving in sunset. The more I avoid " Busy-ness" and intentionally focus on my presence, the more I notice how precious and how ever decreasing this commodity has become. In the battle between the never-ending demands of my "to-do" list, the expansive interests of, yours-truly-Enneagram-Type-seven and the responsibility that is associated with living in the age of information and communication, I am never the winner. I still do take time. I do pause to smell the flowers and flirt with my garden. Especially now. Right before Norouz!

Together, with all nature coming alive one more time, confirming the cycle of life, many cultures celebrate Nowrouz, our ancient new year. This year on Wednesday March 20th, 6:00 pm EST the Earth starts a new rotation around the Sun, initiating the next 365 days and officially welcoming Spring. What better time to set an intention? What better time to observe and be present with the whole world?

This Spring, this Nourouz, marks my 18th year of celebration in US. This time of the year is really when I look back at how I spent my days, my years and my life. It's when my zest for life meets a gentle melancholy once again. And wins, once again.

May all your days be filled with this powerful force called life! 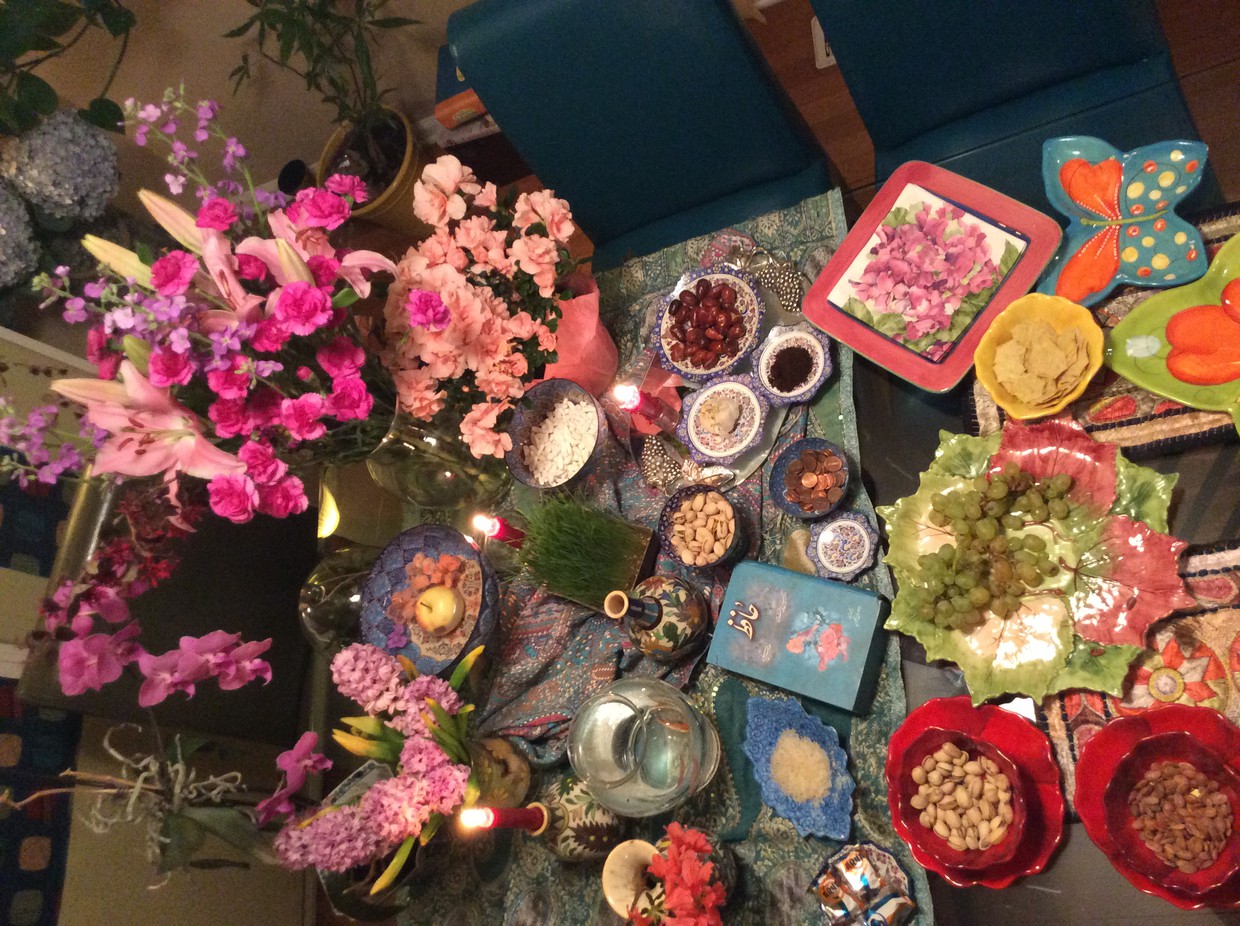 As soon as he tore the Christmas tree apart in a heated rage, remorse, that cold empty feeling he always tried hard too suppress, ran through his blood. Even before. Perhaps just as he lifted the tree he noticed it emerging. After all the intensity of that rage was short lived. But could he ever learn to hold it, rather than express it fiercely?

There was always a trigger, a minor disagreement, a comment or a feedback, sometimes even a gentle request that would initiate the eruption. They would tug at his heart, stripping him off the feeling of power and strength that he forcefully created for himself since childhood. He made sure he carried it to every relationship, every connection. I am willful and confidant. And I don’t mind being confrontational if my aliveness is threatened.

It was exhausting. Constantly, at every breath portraying an image: I am Powerful!

The truth was that he was so deeply afraid of feeling empty and deprived of life that he couldn’t even imagine living without intensity. Losing power to him translated into being weak, being vulnerable, being dependent. Something he could not accept for himself. He had proved this to his adopted parents when he joined the marine at the age of seventeen. He made it clear at each construction job site. He left no room for his late wife to doubt it. And now, it was her. This woman who challenged him with her peaceful joy. Forcing his self image onto her was not easy. She could see beyond his actions. Right into his mind, heart and his body.

The wake up call

He had already pushed his luck far. Something in his heart told him that she would not take it any more. His need for intensity, his constant push was getting out of hand. He was facing the truth that she was not the only one who couldn’t take it anymore. His own kids had given up on him. As soon as they were legally allowed to make a decision they left him. This constant struggle to push was tearing him apart from inside. Was this train ever coming to a halt? Wasn’t it time? Hadn’t he lost enough to his pseudo power? Read more 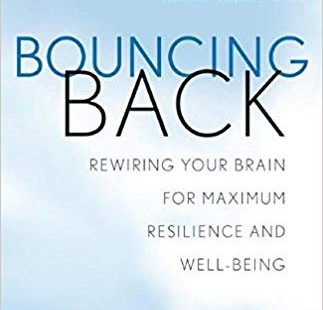 Bouncing Back by Linda Graham

One of absolute favorites fro the coaches shelf. A must read for anyone interested in building their resilience muscle. Linda Graham describes ho w to develop this capacity in clear steps. Bouncing Back is one of my most visited references. 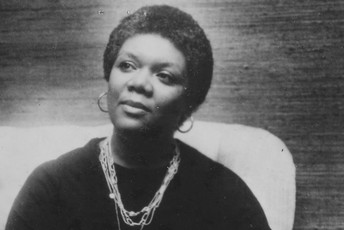 Won't you celebrate with me by Lucille Clifton

won’t you celebrate with me what i have shaped into a kind of life? i had no model. born in babylon both nonwhite and woman what did i see to be except myself? i made it up here on this bridge between starshine and clay, my one hand holding tight my other hand; come celebrate with me that everyday something has tried to kill me and has failed. 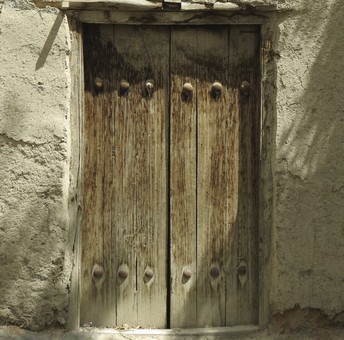 Exiled From Home to Homeland

Her slow and unstable steps were leading her towards an entry she had been denied access for 32 years. Stood right in front of her, soullessly, the same old wooden door that had ushered her whole family into the back of a truck with nothing but their clothes, their tight grip to each other and their weeping hearts. Without shame or regret. Uninspired by the turmoil she had been through since she was forced to leave it behind. ​Read More

How about developing a self observation around time management since we are changing seasons? And especially that probably even the best of us have already fallen off the wagon of New Year Resolution!

1. During the past several hours how did I manage my time?

3. How did it affect my relationships? My goals? My health?

4. What can I do differently?

Nothing makes self observation more possible and effective than pausing in intervals and writing down the answer to important questions we want to ask ourselves. Pause and write down the answers!

Need help developing a self observation practice? Feel free to contact me.

Too much talk about Spring already! However, I have to say, this Spring between my late blooming Camellias and the early Daffodil blooms, I am as confused with the weather as my garden. I am just waiting and hoping that the buds withstand the sudden changes in the weather. I think they will!

Resilience is one lesson Nature taught me well! 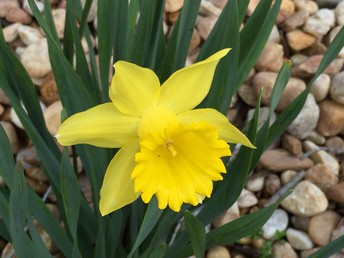 William Wordsworth sure did justice describing Daffodils. First to greet rays of Spring Sunshine, Daffodils are resilient and yet tender looking. Nothing like witnessing that first shoot bringing joy to the garden. 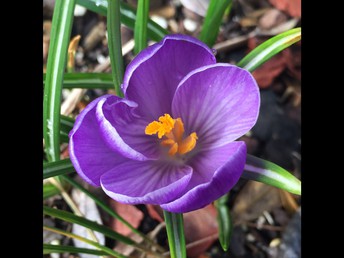 Cheerful, colorful and carefree, crocus come alive along with the daffodils. Sometimes when there's still snow on the ground. Bees are huge fan of crocusI never knew that Saffron is actually taken from Winter Crocus! How about we harvest our own saffron this year?! 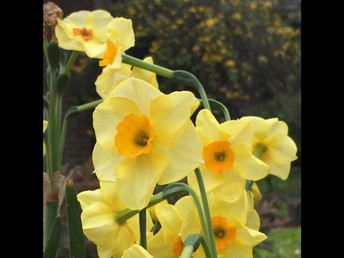 Not to be mistaken for daffodils, Narcissus are the head of this family. They are the most perennial bulbs one can plant. They come back year after year and spread their heavenly scent in the garden.
Comment or Question?

Few things in life are as rewarding as receiving testimonials especially when your vocation is bringing awareness, mindfulness and change to people's lives. Thank you for all the kind words. https://www.linkedin.com/in/afsaneh-a-61110911/ 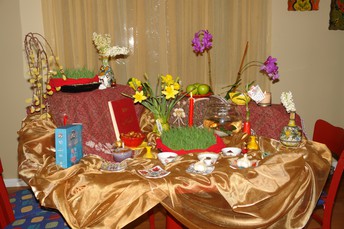 - Discover your Story to leave your Legacy https://mailchi.mp/fb7e1a14b7bf/jcai7ookei

Very much looking forward to this workshop held on March 16th in collaboration with my dear friend @AnitaHenreson.

- Change Management : Building resilience at work and at home

- Discover yourself through Art: An introduction to Zentangle

- Not a Yoga class: Poses, Posture and their effect on personal development

- Discover your Story to leave your Legacy ( details coming up soon)

For more information on the workshops visit Calendar Or email me at aabree@cornerstonestrategies.net

Georgia alone %40 of kids are raised in single parent homes. Education for the parents becomes really crucial in saving their generation from poverty. Most of these single parents have to drop out and are not able to take advantage of scholarships because they can't afford childcare. You can read more.

I am genuinely passionate about this cause and hope that you consider supporting single Nana Grant. You can make a difference in a generation! https://www.flipcause.com/secure/fundraiser/MzE5OTc=/15704

Would love to hear from you. Book your free 30 min session. 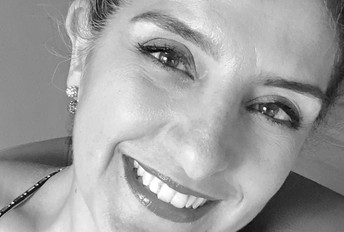 Follow Afsaneh Abree
Contact Afsaneh Abree
Embed code is for website/blog and not email. To embed your newsletter in your email, click HERE to see how or reach out to support@smore.com