Celina is using Smore newsletters to spread the word online.

Get email updates from Celina:

Juliet is the main character of the novel. She takes the role of the protagonist because she is loved by all, and faces problems she must later overcome. On page 271, Isola writes in her journal " Juliet did surprise me then-- she turned around to me and gave me that grin she has, the one that made me first like her so much." Juliet has proved multiple times to be a charming woman. Sidney claims its her perfect balance of intelligence and beauty that even draws a rich, dreamy Mark to love her.

The problems that Juliet faced started when her parents passed away. It was then that she was sent to live with a distant relative and began to rebel. Following her rebellious few years, she was sent away to a boarding school, where her life could finally start to come together. She met Sophie when she was just about to leave the school. Juliet realized the need to stay in school to be able to find her need for books. Sophie lead Juliet to find her passion. Juliet found herself reading and even writing within a short while. Before Juliet even knew what was happening, she had started a book company with Sarah and her older brother, Sidney.

Juliet did not have much family, but she had great friends to help her get through a break up she had. Ever since she lost her fiancee, she had felt lonely even with Sidney and Sarah at her side. That all changed when she had gotten a random letter from an individual talking about a book club they started on the island of Guernsey. The first letter came from Dawsey Adams, who had found Juliet's name in a book and contacted her in hopes of receiving more books. He even revealed to her how this reading society got its name. Juliet had started to receive letters from just about everyone in the Guernsey Literary Potato Peel Pie Society. She made great friends and because of that she finally had a sense of family, belonging, and happiness. 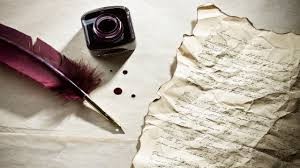 The setting in The Guernsey Literary Potato Peel Pie Society changes from beginning to end because the main character makes one big move. The story starts in London, England where Juliet and Sidney’s main motives are writing for English Foibles. Juliet is also with Markham Reynolds while she is in London. There is a direct relationship between the change in characters and change in setting. As the setting changes from England to the island of Guernsey, New people are met and other characters lost.

Juliet writes to Sophie on page 164 and describes Guernsey as beautiful. She continues to say “My new friends have welcomed me so generously, so warmly, that I haven’t doubted I’ve done the right thing to come here.” She claims “I’m going to step into the meadow of wildflowers right outside my door and run to the cliff as fast as I can. Then I’m going to fall down and look at the sky, which is shimmering like a pearl this afternoon, and breathe in the warm scent of grass.”

Many characters change as the book continues. Besides Juliet, Kit changes in that she goes from being an orphan to having a wonderful woman taking care of her, Dawsey Adams changes once he finds his true love, and Mark Reynolds continues means less and less to Juliet. Just about all of the characters who had lived in Guernsey through the occupation had been changed once Juliet traveled there. Amelia writes to Juliet on page 136: “It was a delight to receive your telegram yesterday and learn that you are coming to visit us! I spread the news at once- You have sent the Society into a whirlwind of excitement.” Another example of positive change is when Dawsey finally opens up to Juliet. She writes to Sidney on page 274 “ Dawsey has just come from the big house and is demanding my attention. His much-vaunted shyness has evaporated completely.” Dawsey does not usually speak unless spoken to, so this was something completely new. The setting and happiness brought about by other individuals in Juliet’s life changes for the better throughout the entirety of the book.

I would Praise this book.

I appreciate the way in which the book was written. Everything is told in chronological order due to the use of written letters. There is no single perspective, leaving you to question how others may feel. Everyone writes and describes their own experiences, emotions, and perspectives on different events taking place in the story. I believe this is superior in relation to only having one character to tell the whole story. 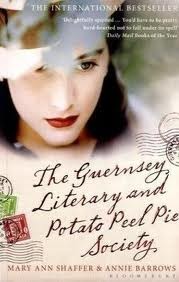 Celina is using Smore newsletters to spread the word online.