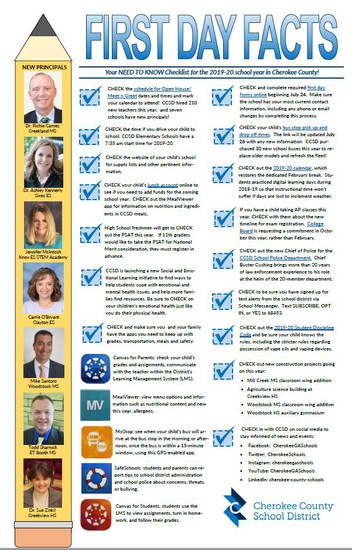 We know there's still more summer to enjoy, but wanted to go ahead and share some news to help kick your new school year off right.

Here are the headlines, but for more please click the image above for First Day Facts, a two-page round-up of back-to-school news.

Be on the lookout the first week of school for the Class Act magazine in your child's backpack. Thanks to the Cherokee Tribune & Ledger-News and Cherokee Life Magazine, we're able to share more CCSD news with you through this new magazine.

I hope you enjoy the rest of your summer break and look forward to seeing you and your children soon (please tag your first-day photos with #CCSD1stDay)! 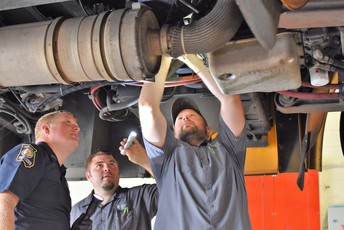 CCSD stays busy over the summer break, as departments continue to serve students through special programs and work begins to prepare for the new school year. This slideshow showcases some of the many projects underway. 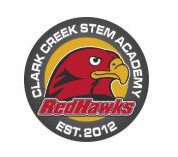 The Georgia Association of Elementary School Principals presents the distinguished School Bell Award to 10 schools each year in recognition of outstanding educational initiatives... which this year include Clark Creek ES STEM Academy! 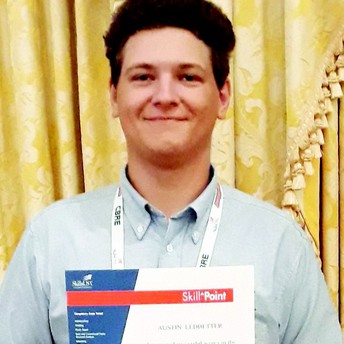 CCSD Student Ranked No. 5 in Nation for Career Skills

A Cherokee High School rising senior is ranked among the top students nationwide for his automotive technician skills thanks to CCSD's career education classes and SkillsUSA program.

CCSD is one of 20 school districts worldwide selected for Microsoft’s Minecraft Adoption Program to implement the educational version of the game, through which students create, innovate and collaborate in the Minecraft world while learning and developing problem-solving skills. As a result of CCSD’s successful pilot use of Minecraft: Education Edition and how it’s spread to classrooms at all levels, Microsoft, which owns Minecraft, featured CCSD in a series of videos it’s sharing worldwide... including this "case study" video. 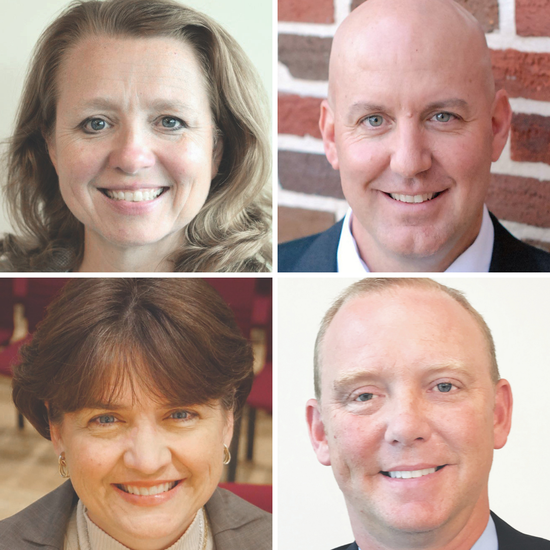 The Cherokee County School Board on Thursday appointed a longtime CCSD leader to head up the new Social and Emotional Learning initiative, as well as several resulting Principal changes.

Dr. Debra Murdock, the former Principal of Cherokee High School and Georgia High School Principal of the Year, who most recently has served as the School Operations’ executive director overseeing middle and high schools, will take on the newly created role focused on developing new ways to better support students’ and employees’ emotional and mental health and well-being.

“Debbie grew up here, raised her own family here, and loves every child in our schools as if they’re all her own,” Superintendent of Schools Dr. Brian V. Hightower said. “She taught hundreds of students before advancing to serve as an assistant principal and then Principal and then CCSD leader -- and every time she was promoted, we heard complaints from the students and families who didn’t want her to leave them. In this new role, she will be focused again on our students and how we can better care for them.”

This appointment is the first step in adopting recommendations of the Superintendent’s new Ad Hoc Committee studying Social and Emotional Learning. The Committee of teachers, administrators and school counselors, nurses and psychologists developed numerous recommendations to improve supports for students and staff, which Dr. Hightower has committed to phasing in for CCSD.

"The national attention placed on Social and Emotional Learning is deserved," Dr. Murdock said. "As educators, parents, and community members, we are keenly aware that many students and staff need additional resources and support in order to optimize their success potential. I am honored to be entrusted by the Superintendent and School Board to coordinate our District’s efforts regarding the health, happiness, and wellness of our students and staff. More importantly, I am proud of our District for prioritizing the needs of our students and staff in this way!”

As a result of Dr. Murdock’s appointment, Creekview High School Principal Dr. Mark Merges has been appointed to serve in her former role as the School Operations’ Executive Director of Administrative Leadership for middle and high schools. A 25-year educator, Dr. Merges has led Creekview HS since 2016, earning recognition as a finalist for Georgia High School Principal of the Year, and previously served as an assistant principal at Sequoyah HS and Dean Rusk MS. 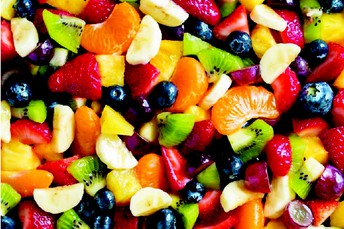 CCSD's award-winning School Nutrition department shares a recipe of the month from its school kitchens on its website and in this newsletter. This month's recipe is a refreshing Honey Lime Rainbow Fruit Salad! 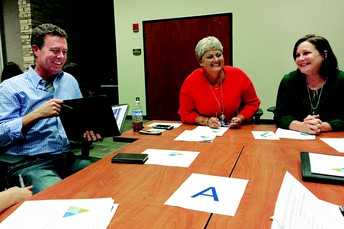 CCSD is accepting applications through Sept. 6 for its third annual VILLA parent academy program that provides parents with an in-depth and behind-the-scenes look at their School District. 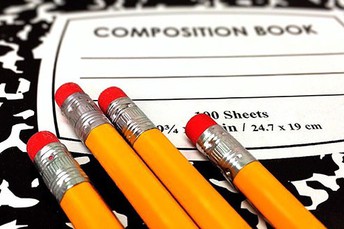 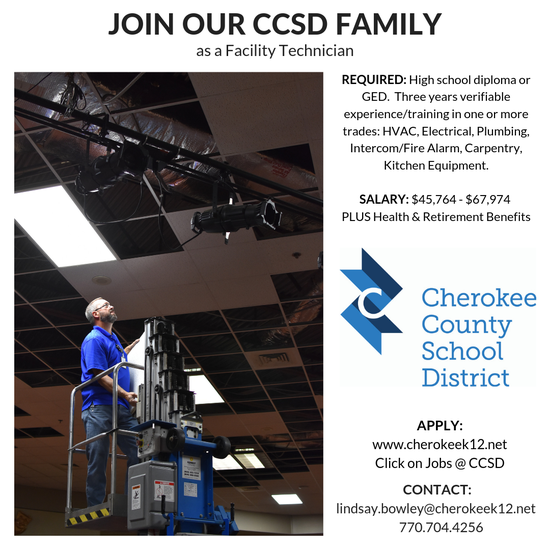 THANKS TO THIS MONTH'S SPONSOR 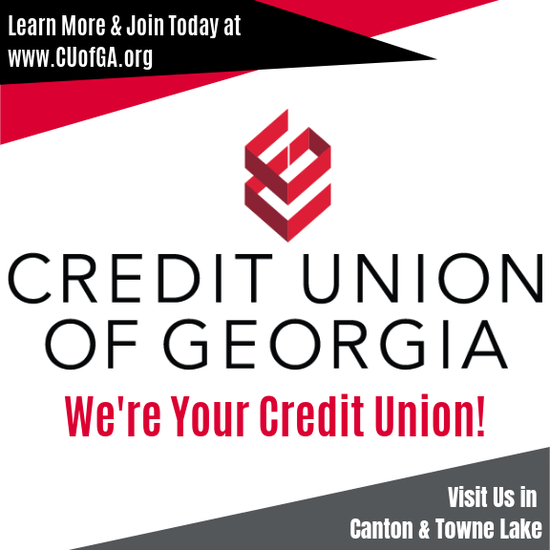 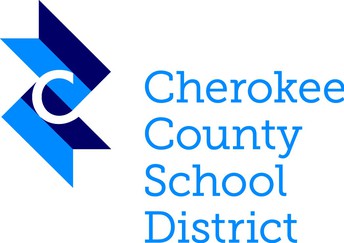