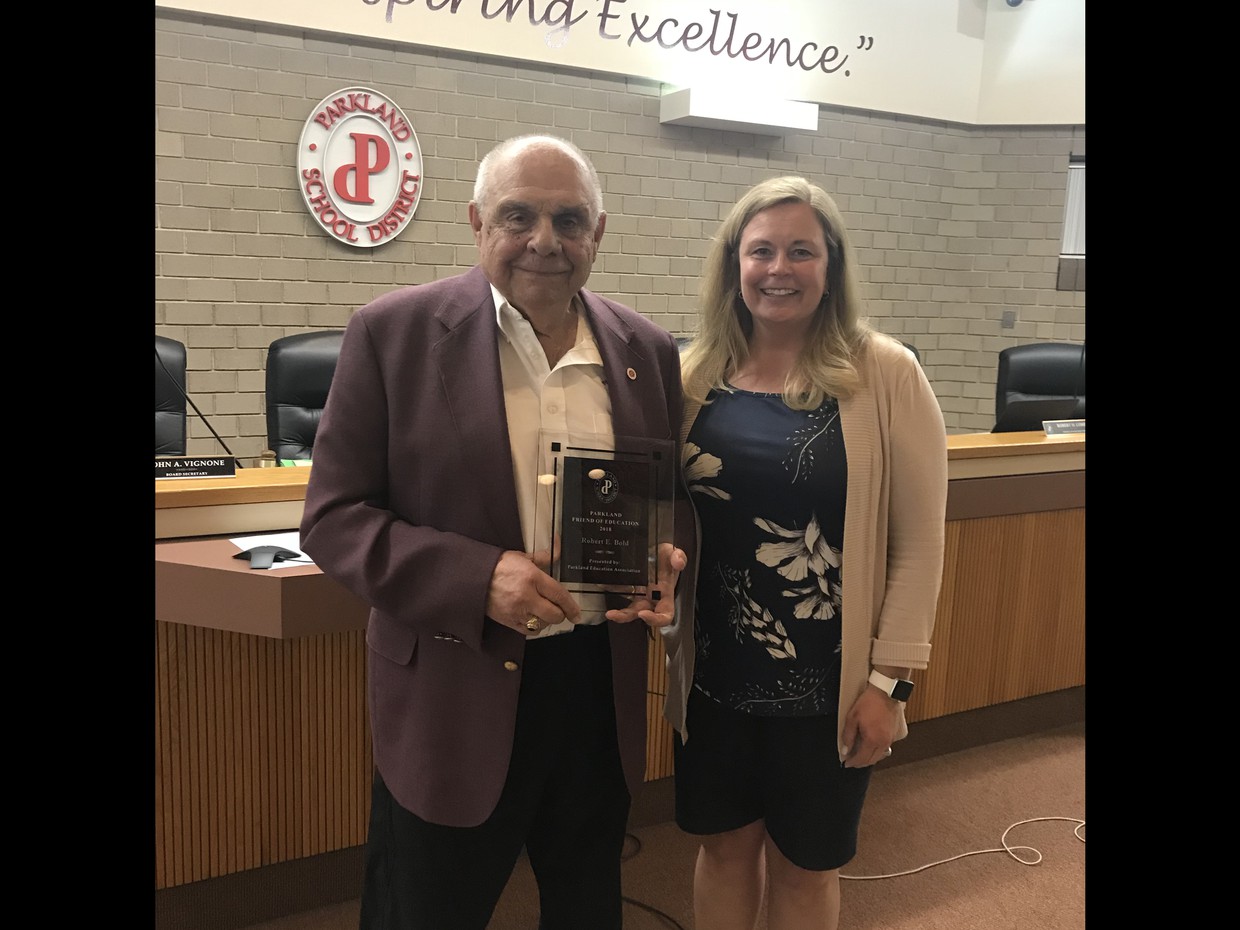 John Vignone, Director of Business Administration, reviewed a budget document for 2018-19 in anticipation of bringing forth a Proposal Budget for 2018-19 in the amount of $179,349,218 at next week's Board Meeting. The document outlines the changes in expenditures as compared to the current year's budget.

The Board gave the following reports:

David Kennedy gave the LCCC report and shared this infographic about the economic value of LCCC.

Carol Facchiano reported that the Foundation grossed about $92,000 at this year's Gala. She noted that flowers are for sale that can be sent to teachers as an end-of-the-year gift at this link. 2018-19 Celebrate Innovation grants are in review and will be announced to all staff by the second week in June.

Everyone congratulated Bob Bold on winning the Friend of Education Award noted above. It was a great few weeks at Parkland as people noted the 15 Freddy Award nominations, a great Gala, a wonderful Prom and Post Prom Party, and the fact that this weekend is the 15th Annual Festival of the Arts. Also, our student rep to the Board Aryaman Khandelwa won a Presidential Scholar Award this week.

Mr. Sniscak recognized Carol Williams, a retiring Parkland Bus Driver, for her many years of service.