As you know the grading period has recently ended. However, we are having some technical difficulties with our system that controls the grade cards. We have been working with the company for the last week, but it’s not fixed quite yet. Please be patient as grade cards will be sent out as soon as we get them to run correctly with accurate information. Thank you for your patience and I apologize for the inconvenience. 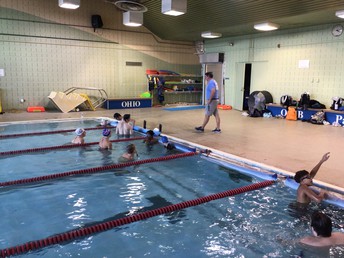 On Monday, November 1st, our varsity swimmers had the opportunity to participate in a swim clinic conducted by Mr. Jim Peterfish. Mr. Peterfish is the owner/head coach for the Westerville Aquatic Club and was an adapted physical education teacher at our school for 31 years. He also runs the Special Olympic programming for the Columbus area and is a member of the USA Swimming Disability Committee.

He ran our students through a variety of drills focusing on the dolphin kick, the timing of the butterfly stroke, and proper breathing techniques for butterfly and front crawl. Thank you so much Mr. Peterfish!!

We also just finished our 5th week of swimming and everyone is doing great! I am so proud of the swimmers for sticking with it. Swimming is great whether it is in the morning or the afternoon! Our December 9th swim final will be here soon! 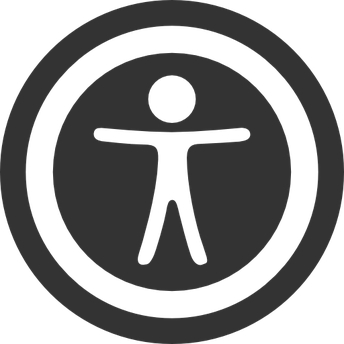 The weekly newsletter, OSSB Panther Paws can now be translated into multiple languages! Just click on the Translate button and choose a language. If using a smartphone, choose the black and white accessibility icon. Also choose high contrast, and/or a larger font size! 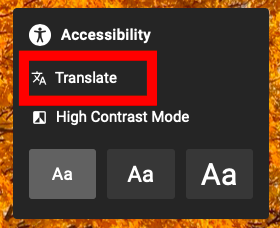 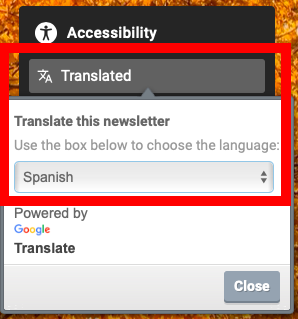 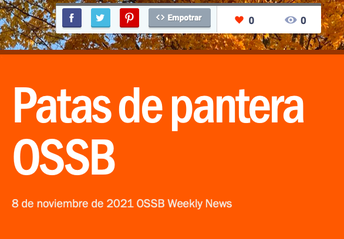 Enjoy the Newsletter in your Preferred Language 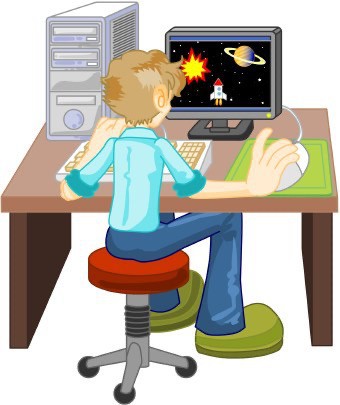 OSSB and OSD continue to work to keep our schools and dorm environments as safe as possible for students staff and staff from the COVID-19 virus. Due to our historically low attendance on the days before the Thanksgiving holiday, we have chosen this time to move to remote online learning for Monday & Tuesday, November 22 & 23 for all students. This will allow for more students to engage in learning and we are excited for this new way to connect.

This time will allow for students to work with teachers in small groups and individual time for IEP goals. We will provide additional deep cleaning of classrooms and dorms prior to return on Sunday, November 28th for residential students and Monday, November 29th for day students.

Our Directors for Teaching and Learning (Ms. Wagner and Mr. Doudt) will reach out to you soon with additional information concerning the remote online learning for November 22 & 23. We feel extremely blessed and thankful this Thanksgiving season for the minimal effects COVID-19 has had on our schools this fall to be able to keep our schools open. With this additional deep cleaning, we will continue to see such success into the new year.

Office of the Superintendent 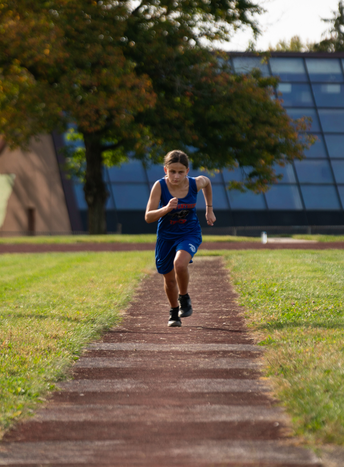 Track Season Comes To A Close

The OSSB Track Teams finished strong at NCASB Conference 2021 conference championships on September 29th and 30th at the OSSB Jeff Shaw Track Complex. Both the boys’ and girls’ teams had great performances, with each member of both teams scoring points and contributing to the overall success this season. This year’s girls’ team members included Seniors Kurtacee, Maddie, Samaya, Sara, Junior Jana, and 7th grader Maya. The boys’ team consisted of Juniors Elliott, Garrett, Sophomore Jacob, and 7th grader Carter. The boys’ team scored 36 points, placing 8th out of 11 teams. This is a real accomplishment for a team with only three athletes available to compete in the championships. The girls got the most out of their team, scoring 117 points and placing 3rd overall. The boys’ highlights include first-year members Jacob and Carter setting personal bests in Class C shot put. Carter took 10th place with a throw of 10’3 ¼” and Jacob with a throw of 25’9”, winning the conference championship. Garrett won the championship in the Class C 800 meter race with a time of 2:46.87. Garrett also placed 3rd in the Class C 1600 meters, 3rd in Class C long jump and 5th in Class C triple jump.

The girls’ team had an outstanding meet! Coach Bailey’s Lady Panthers had contributions from every member of the team. As part of the super senior girls, Maddie took the conference championship with a throw of 19’8 ½” in Class C shot put. Maddie has been close in past years, so to win the championship as a senior is really special. Sumaya had another great championship meet, scoring points for the team in all four of her events. She placed 5th in Class C 60 meters and Class C triple jump, and 6th place in Class C shot put. Sumaya rounded out her OSSB track career with a 3rd place finish in the Class C 400 meters. In Class B, Kurtacee, another member of the super senior girls, finished with a strong performance. Kurtacee had 4th place finishes in both long jump and three consecutive jumps. In the 60 meter dash, Kurtacee broke 11 seconds for second place.

Kurtacee’s best event is the shot put, and she came in 2nd last season. This year she too broke through, winning the championship with a throw of 20’1”. Sara is a senior and a first-year track athlete. Sara worked very hard this year, especially on her distance event, the 800 meter race. Sara also participated in the 60 meters, long jump, and shot put. Her 800 meter run with a time of 4:51.87 placed 6th , giving the girls just enough points for a 3rd place overall finish.

The two underclassmen on this year’s Lady Panthers are Jana and Maya. Jana has been the anchor on distance events for several years. This year was no exception, as Jana started the meet off with a 3:57.87 time in the Class C 800 meters earning her a 3rd place finish. She finished the meet with a 2nd place finish in the Class B 1600 meters with a time of 8:25.31. Jana also had 6th place finishes in the Class B 60 meters and long jump. First-year member, Maya Wehler, will be a force for years to come. Maya won three out of her four events accounting for 35 of the team’s points. Maya won the Class C triple jump, 400 meters, and 60 meters. She also placed 4th in the long jump. In the 60 meters, Maya was the only athlete to break 10 seconds with a time of 9.59.

Coach Bailey and Coach Heath are incredibly proud of both the boys’ and girls’ teams. Both teams improved tremendously from the beginning of the season. The team celebrated their season with a luncheon featuring local favorites, Raising Cane's, and Donato's Pizza.

Lifetouch will be at OSSB for Picture Day - Thursday, November 11th. All students will have photos taken for the Yearbook. Families may order photos after the proofs come back. You may also order before Picture Day on mylifetouch.com with the Picture Day ID: EVT9M8N62.

It is that time again! The OSSB Panther sale is posted on the google form below. All orders must be submitted before the Thanksgiving break so that we can have them completed before the winter holiday break.

Orders due November 23rd at 9am
Cash or Checks Payable to OSSB when picking up order
Order to arrive before the Holiday Break (December 16th)
OSSB Logo of OSSB PANTHERS above an image of a black panther on all shirts (embroidered on polo shirts and hats)
Any questions, contact Steve Grim at 614-468-8880 or sgrim@ossb.oh.gov

The ELC Preschool class has started a new unit on Transportation. We have learned about roads, traffic signs, and maps. The pictures included are from when we made bridges using marshmallows and toothpicks. We are looking forward to learning more about cars, trucks, trains, busses, and so much more! 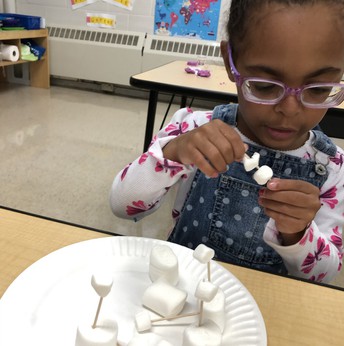 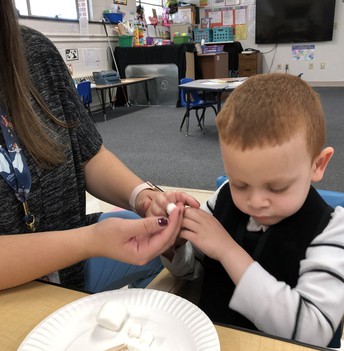 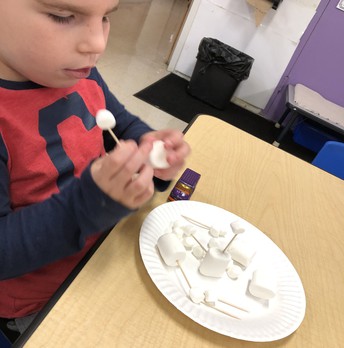 OSSB is pleased to announce that we are offering Varsity Basketball as a winter sport this school year, starting today and running through January 28th. Students will need to have a physical on file, plus all other completed forms on Final Forms before beginning practice. Also, all students participating in extracurricular activities must be enrolled in OSSB’s COVID-19 Screening Testing Program through Thermo Fisher Scientific and Color.

Basketball coaches are Mr. Lee Mascarello and Mr. Ron Heath. Practices will be after school from 3:30 to 4:45, Monday through Thursday. Day student athletes will need to be picked up by 5:00 pm at the front lobby. Practices will focus on conditioning, individual skill development, team concepts, and understanding the rules of the game. The overall goal will be to improve each student athlete’s abilities, understanding, and appreciation for the game of basketball. 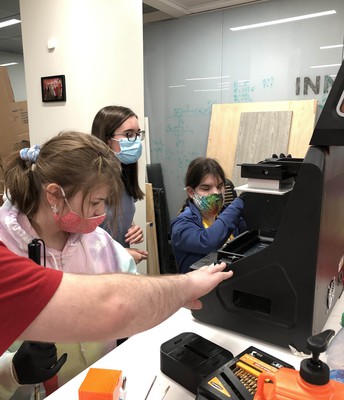 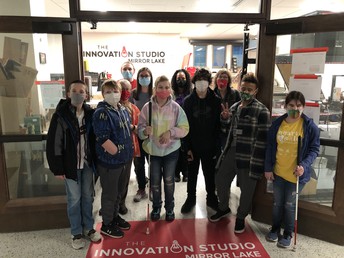 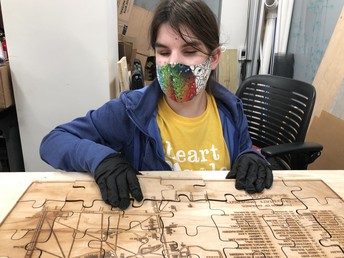 Makayla Checks out a Laser Engraved Map of OSU 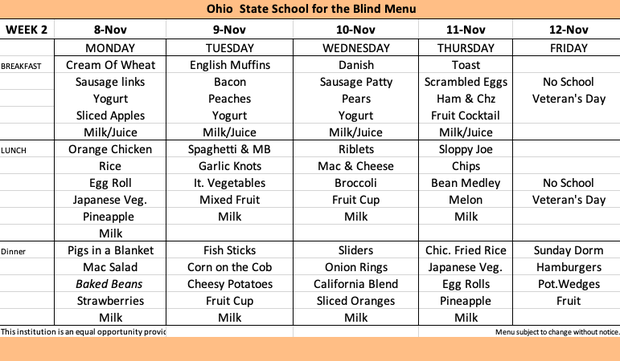 Did you know that OSSB receives support from the OSSB PTSF, a Non-Profit Foundation? Find out more at www.ossbfoundation.org or click on this link.

RESOURCES & WORKSHOPS FOR STUDENTS AND FAMILIES

Disclaimer: The following information is being provided for informational purposes only. Listed events are not sponsored or endorsed by the Ohio State School for the Blind. OSSB does not guarantee the accuracy of the information or data provided at these events. 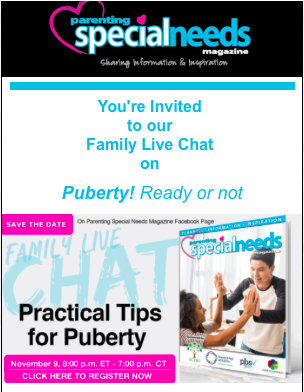 Below are the blind ice hockey dates. All practices will be held on Sundays at the Chiller North (8144 Highfield Dr. Lewis Center, OH 43035).

We’ve talked about healthcare transition before. This year, we are covering the ins and outs of helping your child with special healthcare needs get ready to participate in their own health decisions and have a smooth transition to adult healthcare providers. We are spotlighting the new Got Transition! Family Toolkit as a resource for helping with this process.

This is a virtual online training; once you register at the link above, a Zoom link to join the meeting will be emailed to you on the day of the event. You can tune in via computer, tablet or smart phone.

Planning support for Central Ohio Transition Bootcamp is provided by: 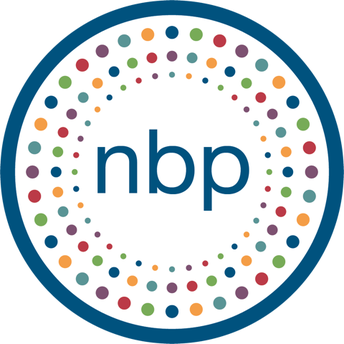 Are you familiar with the National Braille Press (NBP)? Located in Boston, Massachussetts, they promote literacy and produce braille books and textbooks for children and adults. They also offer a Children's Braille Book Club, and a selection of braille jewelry, holiday cards, a 2022 Print/Braille calendar, and more. Holiday Gift Ideas web page

Order three books from the list below, get the fourth one FREE!

Order two books from this list, get the third one for half-price! (As always, we apply the discount/free book to the most expensive book in the bunch.) Order Your Books Here! 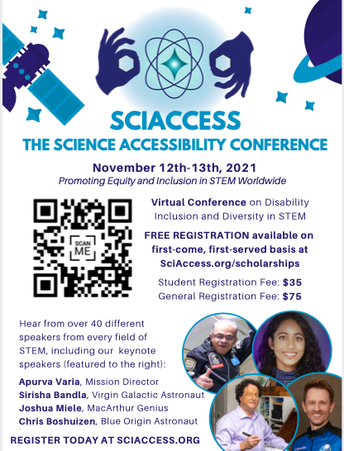 Hear from over 40 different speakers from every field of STEM, including our keynote speakers: 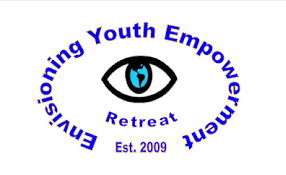 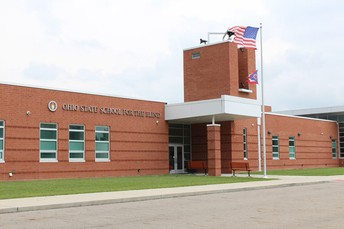 5220 North High Street, Columbus, OH, USA lkaplan@osdb.oh.gov 614-752-1359 ossb.ohio.gov
Embed code is for website/blog and not email. To embed your newsletter in a Mass Notification System, click HERE to see how or reach out to support@smore.com
close
Powered by Smore
Powered by Smore