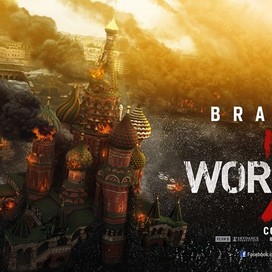 A star is born when gases form in extreme ways to densely form stars. Over millions of years, gravity pulls together the gas cloud to produce a spinning gas cloud, which clumps together at the center to form a protostar. The heat begins fusion, which combines hydrogen into helium. This is how the star spends most of it's life. There's also a battle with gravity, as the star tries to keep stable by burning through the energy. Eventually though, the star will run out of energy, and die.

As the star begins to battle gravity, it stabilizes in a force known as equilibrium, which is when gravity is in it's most balanced state. The star will spend most of it's life this exact way, as the core fuses Hydrogen. But, eventually, the star will burn through all of it's hydrogen, and start fusing Helium. Then, it'll burn through the Helium, so the other elements it's made, like Carbon, Oxygen, Nitrogen, and Sulfur, will also start to be fused. Eventually, as the star goes through everything else, it'll get to Iron, which is when things start to really hit the fan.

Now That The Star Is Dying:

The Star Will Start to expand, as the gases wear off from the dense core, which are still every hot, and will incinerate any plants in the close vicinity.

Some stars will explode in a supernova, which happens when a star's core finally collapses, and explodes. It makes the rest of the star also explode. Or, it could make a gamma ray burst, which is when gamma rays are ejected from the star violently. Or, the star will collapse in on itself and become a violently hot, yet very dim, white dwarf.

It's possible that if a very large star collapses in a very violent way, that a black hole will be formed. Black holes have infinite density, and will tear apart anything near it, and suck it into the black hole. 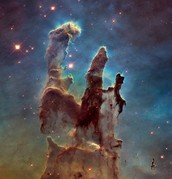 The star is dead, but it doesn't mean it can't reform. Nebula are gases left from dying or dead stars, and they form new stars as well. Buddhism says that you can be reincarnated into a different being, well, that's true with stars. If Our sun became a red giant, and exploded, the gases left over (along with the stellar dust of the inner planets) would form a whole new star, and there'd be a really cool nebula left as well. The black holes don't do anything but suck up the remnants of whatever go in their way, but the nebula have the potential to create a whole new system of stars.

Follow Mason Kucharski
Contact Mason Kucharski
Embed code is for website/blog and not email. To embed your newsletter in your email, click HERE to see how or reach out to support@smore.com