Steve is pretty freaked out, in need of a way to deal with both the trial and the nastiness surrounding him in prison. Just writing in his journal isn't cutting it, so he begins chronicling his experience in screenplay form as well.

The film begins with opening statements and other generic courtroom stuff, none of which is particularly interesting, but things start to heat up shortly thereafter when witnesses start taking the stand.

The witnesses in the trial come from all walks of life. There's Richard "Bobo" Evans, the thug who claims Steve was a lookout at the crime; James King, another bad-boy on trial; Osvaldo Cruz, the poser; Mr. Sawicki, Steve's fave teacher; Dorothy Moore, James King's cousin; Dr. James Moody, the medical examiner; and even Steve himself. Need we say more?

The drama doesn't just happen in the courtroom, though, as the film periodically cuts to flashbacks from Steve's past. In addition to keeping things interesting, this gives us as readers more insight into our main man.

Outside the story of the film, every night we see Steve return to his cell, terrified and scribbling his desperation in a journal that has nothing to do with the film version of his thoughts. The question that haunts him most is: Am I truly a monster?

Despite his struggle, the show must go on. The trial ends with closing arguments, a camera dramatically panning the courtroom… and the verdict: not guilty for Steve, guilty for James King. Ecstatic, Steve turns to hug his attorney, but she turns away from him, and his form—arms outstretched and unmet—faces the camera for a final horrifying moment.

That's the end of Monster the film, folks, but not the end for Steve. Five months later, he scribbles again in his journal, still haunted by the aftermath of the trial. Why did his attorney turn away? Who is he really? He films himself, talks to his reflection, and seeks answers.

The sad thing is, though, that those answers will probably never quite come. 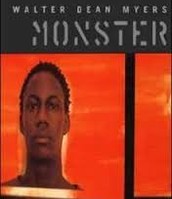 Writing of his book 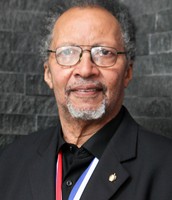 Not many people think about it, but just know that one decision could change your life forever.

1. I chose this book because it looked like a mystery novel and I love mysteries.

2. Someone that would enjoy reading this book would be someone that is in prison or was.

3.This book is a good read because it is generally easy to follow along to the plot.