The Mustang Round Up 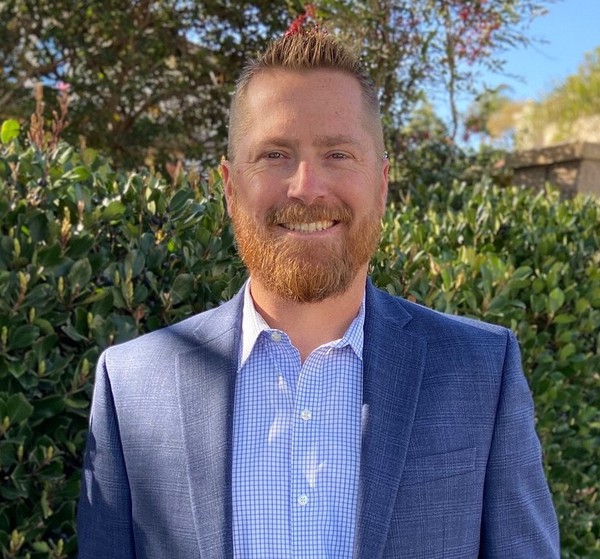 As we've settled in for the school year, our student clubs are ramping up and beginning to have regular meetings. We also have a number of new clubs that students are in the process of starting up. Middle school is a time in a student's school career when the possibilities of school involvement significantly expand. School clubs in middle school are different than elementary school where clubs are mostly curricular based. In fact, clubs in middle school look more like high school clubs in that they represent a wide array of interests, perspectives, experiences, and beliefs. Our district has adopted a "limited-open forum" policy for clubs, which means students are able to start any club, as long as it does not create a significant disruption to regular school activities.

According to SDUSD district policy AR 6145.5, schools "cannot deny any student-initiated school group access to school facilities during non-instructional time on the basis of religious, political, philosophical, or any other content of speech to be addressed at such meetings." However, there are some limits on the type of clubs and activities that are allowable on campus. According to district policy AR 6240, school club activities that are "likely to substantially disrupt or materially interfere with the educational program, infringe on the rights of others, or that solicit, encourage, or promote disorder" are prohibited on campus.

At Marshall, we are excited about the opportunities our students have to engage with clubs that interest them. So far this year, our most active clubs have been the Dungeons and Dragons Club, Drama Club, Fellowship of Christian Athletes, JMUN, and GSA. Typically by mid year, we will have over 20 different clubs operating each day during lunch. If there is a club meeting that your student is interested in attending, they can learn about it on the ASB website. School clubs are open and available to all students to join. If they want to start a club, they can pick up a club application in the finance office. The most important step is to have a group of other interested students and a certificated advisor. All new clubs need to be approved by the ASB Student Council and the principal. Everything families need to know about a club can be found here in AR 6240. Engagement in clubs, student-body organizations, and other extra-curricular activities are highly encouraged because they lead to overall academic achievement.

As we begin the 2022-23 academic year, our number one priority continues to be keeping students, staff, and families safe, healthy, and able to attend class each day. Scientifically Backed Safeguards Our schools have implemented a robust assortment of safety measures to protect students, staff, and families, including a massive investment in air filtration and other equipment. 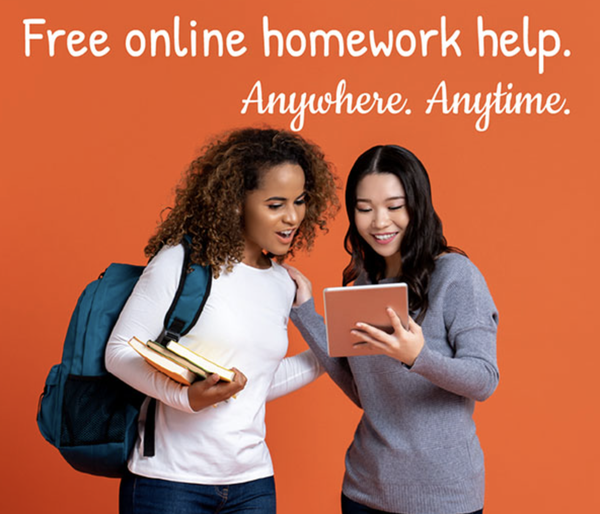 24/7 assistance is available in English and Spanish for Language Arts and Mathematics.

Every day between 10:00 am and 10:00 pm, assistance is available in core K-12 subjects in the following languages:

After just a few clicks you can be online with a live tutor. Click here for more details
Marshall Mustang Foundation 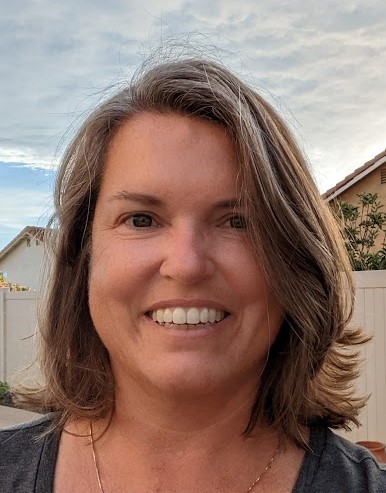 Who's Who at Marshall...

MMS is excited to introduce you to Marshall Math teacher, Chris Hagstrom. Mrs. Hagstrom is passionate about mathematics and is an important instructional leader at Marshall. In fact, Mrs. Hagstrom was instrumental in helping Marshall bring back 6th Grade Camp. Her experience volunteering at Camp Marston was the catalyst that energized our staff to bring camp back. Here's more about Mrs. Hagstrom:

How many years in education? I have been a teacher for 26 years, and 19 of those years have been at Marshall Middle School. I've taught all grades K-8, and my favorite students are middle schoolers! I have a multiple subject teaching credential, a math supplemental authorization, and a master's degree in educational technology. I'm currently teaching 6th and 7th grade math classes.

What is your favorite thing to do on the weekend?I love to spend time with my family - we do a lot of camping and hiking together. We also love to go to the San Diego County Fair! Fun fact: My daughter and I like to crochet together, and we enter our creations to try to win ribbons at the Fair each year. Last year, we both won awards!

What impact do you hope to make at Marshall? I love to show students that math can be fun and applicable to the real world. It's important for students to see that math is relevant to their everyday lives! 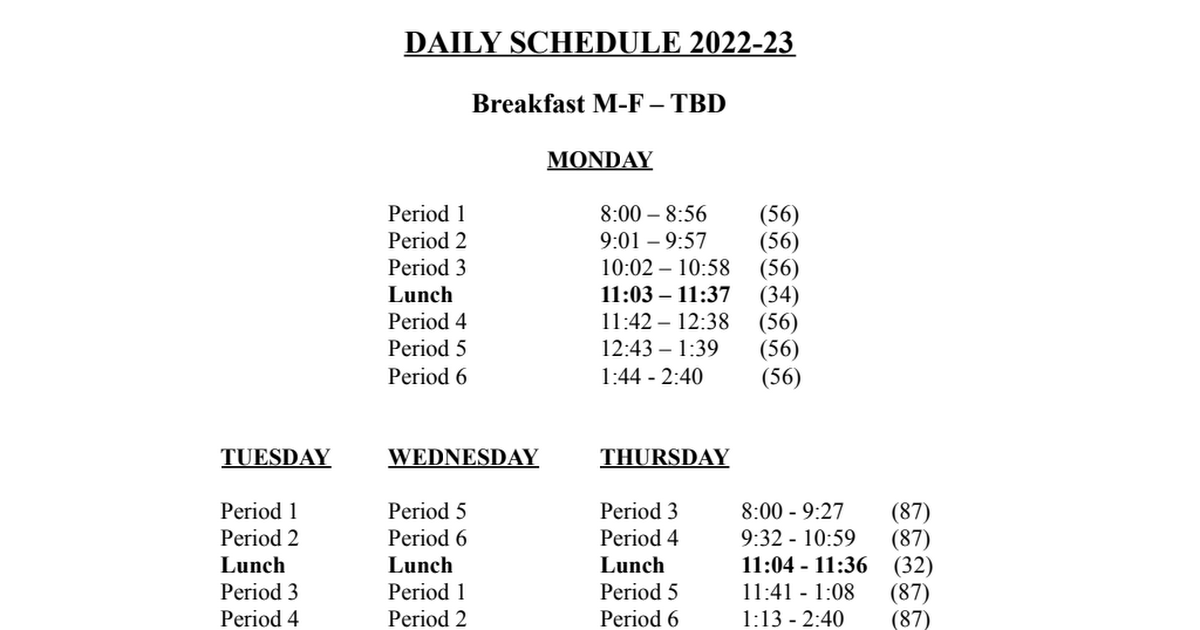 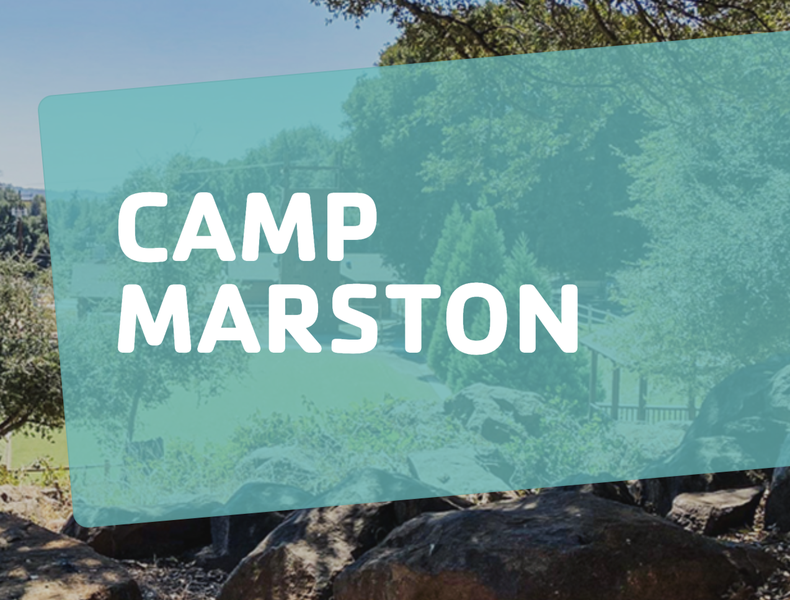 MMS is so excited to host our 6th Grade Overnight Camp at YMCA Camp Marston in Julian. For those attending, don't forget to watch the Camp Marston Orientation Video and read the Parent Guide. The parent guide has important information about what to pack. 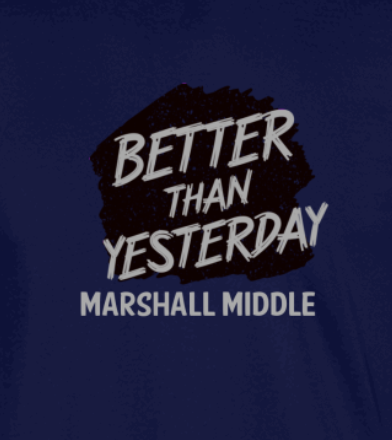 ASB is hosting our first Spirit Day on Wednesday, September 28! Remind your students to show their school spirit by wearing Marshall colors (blue, grey, white) or Spirit Wear this Wednesday!

Also, remember to remind your student to try out a new lunch club this year. You can find active ones on the ASB website's Clubs page.

Check out new logos to our ApparelNow shop, so there are more options for customizing your Marshall Spirit Wear! All proceeds help fund ASB activities on campus, so be sure to check it out!

Stay tuned for our first Spirit Week, coming in October!

There is a bi-annual National Math contest called the Noetic Math Contest that is designed to inspire kids to excel in math. It consists of 20 challenging problems solved within 50 minutes. In Spring 2022, EBS 5th graders and Dingeman 4th and 5th grade students participated in this contest and did extremely well. Both schools earned a Team Achievement Plaque for scoring in the top 10% of teams in their grade nationally! More importantly, the participants had fun tackling these challenging problems and were proud of their individual and team achievements. This Fall 2022, we would like to have 6th graders from Marshall Middle School participate. Currently not a school-based club, but an off campus parent-led team made up of up to 30 6th grade students from MMS. (There is a chance to form more than one 6th grade team if there is a lot of interest.) This test will be taken online at home. If your child is in 6th grade, LOVES MATH, and would like to participate, please email cforbes1@yahoo.com. Registration is due October 20th, and the contest will take place at your convenience between November 10-23. Please see the attached flyer and website for more details.

Marshall parent Chelsea Clapp has stepped forward to get this team off the ground. If you are interested in helping Mrs. Clapp, email her at cforbes1@yahoo.com. If there is a MMS parent who would like to help coordinate and lead MMS teams for 7th and 8th grade, contact Mrs. Clapp to include these grades for this contest. 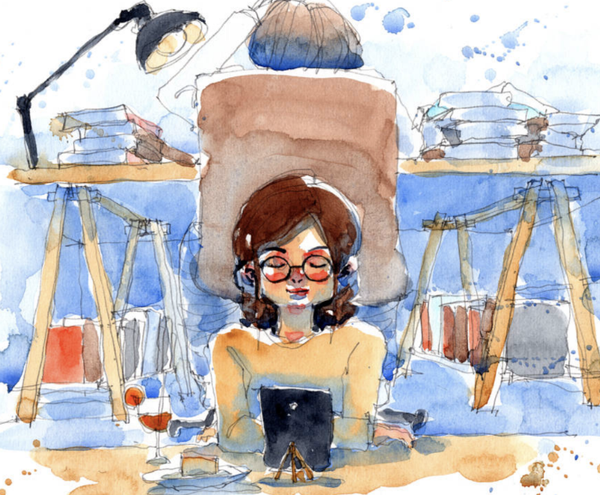 Some Things to Consider...

While we continue our conversations this Fall around grading, have you ever noticed that secondary schools use two completely different grading scales at the same time? Most traditional classrooms use the 100-point grading scale, which typically has a scale like this: 90%-A, 80%-B, 70%-C, 60%-D, and 0-59% is an F. However, when schools calculate GPA for grade reporting purposes, schools change to the 4-point scale, which most commonly looks like this: 4-A, 3-B, 2-C, 1-D, and 0-F. On the 4-point scale the differences between grades is 25% of overall points, where as the difference between grades with a traditional grading scale is 10% of overall points, except for an F, which represents 59% of total points. In one model, a student can master 50% of expected content and have a C (2.0 GPA) and the other can master 50% of content and have an F. Putting aside the debate over which is one is better, the fact that both exist simultaneously in schools is a point of contention for many secondary educators. A standards-based learning (SBL) approach aims to address this dichotomy by moving closer to a 4-point scale in classrooms. This article highlights a few of the major differences between SBL and traditional grading and how teachers are approaching them in the classroom. The article also draws a comparison between the 100-point scale and the 4-point scale.