The English Renaissance was a huge time for poetry. English tradition was taken over by powerful poets like John Donne, Edmund Spenser, Sir Philip Sidney, and Sir Thomas Wyatt. The Renaissance marked the transition into the modern poetry that we hear now. It marked the revival of the sonnet which is now a very well known poetic form. Poetry found its pinnacle point during the English Renaissance. 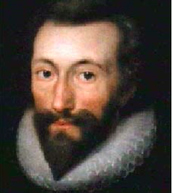 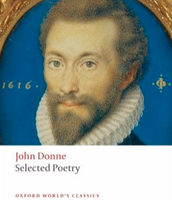 The Major Works – an Oxford World’s Classics Audio Guide (Podularity).
John Donne was born in 1572 in London, England and died on March 31, 1631. Being brought up in a cultured, devout family with his mother and stepfather, lead Donne to become involved with the Roman Catholic Church later in life. He married Anne Donne who also encouraged his involvement with the Catholic Church. John’s wife Anne later died due to complications during the birth of their last child (“Before You Read Donne’s Works” 422). Donne was a metaphysical poet that is most familiarly known for his sermons and devotionalprose ranking him as one of the greatest English poets. In his poetry he used everyday speech rhythms and wrote in the syntax tense. John Donne used a frequent amount of easily flowing speech and poetry as a reaction to Elizabethan Poetry and the smoothness that it incorporated. Donne studied at Oxford, Cambridge, and studied law at Lincoln’s Inn. During the classical mode he was one of the first to write in English formal verse, which is uses rhythmic words and expressive language. Most of his poems were dramatic monologues that exposed spiritual love and light love while including religious aspects. In 1957 he became secretary to Sir Thomas Egerton and no longer associated himself with the Roman Catholic Church. During this period Donne wrote many secular sonnets. “The poems and sermons in which Doonne expressed his views are considered to be some of the most glorious works from English Literature” (“Before You Read Donne’s Works” 422). Around 1610 Donne returned back to constructing more religious sonnets when he wrote a powerful series of “Holy Sonnets.” John Donne contributed a numerous amount of creativity and diversity during the Renaissance time period from a poetic standpoint.
Richard Burton reads John Donne's poem 'The Good Morrow' 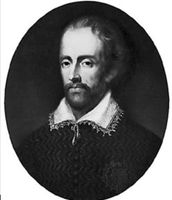 "Vertue, George."(Portrait of Edmund Spenser and the Frontispiece to His Poem 'The Faerie Queene'). 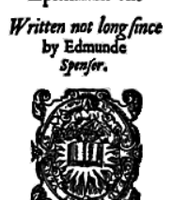 Edmund Spenser was born in London in 1552. He was the son of John Spenser. Spenser grew up going to school of Merchant Taylors. Edmund attended Cambridge University as a sizar. The person who encouraged Spenser to start writing was Richard Mulcaster who was his headmaster at the school of Merchant Taylors. Between 1580 and 1589 Edmund Spenser began to write his romantic epic The Faerie Queene (Hager).

The Faerie Queene was divided into books being a total of over a thousand pages in length. In this epic, each book contains a hero, a knight who fulfills aristocratic deeds for a wondrous and beauteous fairy queen, which was based on Queen Elizabeth. An important person who lead and helped Spenser to publish this work was Sir Walter Raleigh who Spenser became friends with. Sir Walter Raleigh was also a favorite courtier of Queen Elizabeth. The first three books of this epic were published in 1590 due to Raleigh introducing Spenser to the court ("Before You Read Sonnet 30 and Sonnet 75”).

Edmund Spenser was a supporter of English rule and thus in 1591 faced another rebellion. Spenser was a target, and the rebels set fire to Kilcolman Castle. Luckily, Spenser and his family escaped returning back to England, yet many of his papers and work was destroyed. Some of the papers that were destroyed could have led to another book of The Faerie Queene.

A certain writing by Spenser is the Amoretti which talks about Spenser's romantic relationship with Elizabeth Boyle. In 1594 Spenser and Boyle got married. Spenser wrote another beautiful and complex poem, Epithalamion, which he celebrated their marriage. This work and also the Amoretti were published together in 1595. In 1599, Spenser died and it was probable that he was strained through too many commands and was suffering from anxiety, sorrow, and pain. Edmund Spenser was honored by being buried near Geoffrey Chaucer, who was the poet who he considered his master (Hager).

Philip Sidney was born at Penshurst, Kent. He was the son of Sir Henry Sidney and Lady Mary Dadly. Sidney was educated at the Sshrewsburg School and at Christ Church was a humanist scholar. Sidney took diplomatic affairs, became an avid supporter of New World Explorations. He has been called the” Father of English Literary Critism”. Sidney always wrote for himself and for his friends/ family. He claimed the Acadia was a romance in five books whose muse was his sister; Mary in which she wrote, he was a master and crafter of the knowledge of chivalric romances in French and Italian as well as legends in English. During Sidney’s most profound years he wrote a sonnet sequence, Astophel and Stella who are considered a real lady of Sidney’s circle. The 180 sonnets are written in variations of the sonnet by Petrach. Sidney demonstrates the power of persuading and teachings of eloquence to his wide ranging examples which made the work popular. Sidney also undertook a new English version of the Old Testament, which he completed 43 of 150 psalms. Later in Sidney’s life he was appointed governor of Flashing, an important military fortress in France. During his reign as governor, he was shot by a musket that shattered his thighbone. Sidney succumbed to the infection and died twenty six days later. 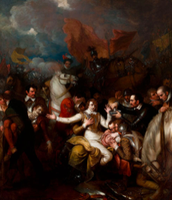 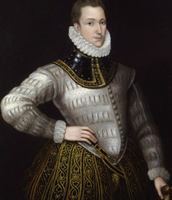 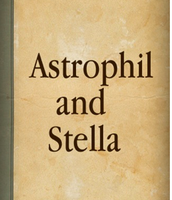 Whoso List to Hunt by Sir Thomas Wyatt (sung)
Well known for his very popular works such as “Whoso List to Hunt” and “Tottel’sMiscellany”, Sir Thomas Wyatt lived an extremely eventful life. Facing execution and being arrested twice, Wyatt sure did attract adventure. His diplomatic journeys took him all over to places like Spain, Italy, the Netherlands, and France. Wyatt seemed to find his inspiration through all these different places he visited. When he visited Italy specifically, he was introduced to the renaissance first hand. He was introduced to the sonnets of Petrarch and this was where it clicked for him. He had never seen anything like it and was fascinated! Not only was Wyatt an ambassador to the King, he also was a father. He married Elizabeth Brooke and had a son, Thomas Wyatt. They were unhappily married and lived separately after their son was born. Wyatt found interest in Anne Boleyn who was Kind Henry VIII’s second wife. This relationship got Wyatt and Anne into trouble. Anne was executed and Wyatt was almost, but luckily he was spared. After this bump in the road, Wyatt continued his diplomatic adventures. He worked as an English ambassadorto Charles V’s court. He was charged with treason and landed himself in jail again. 1542 was Wyatts’s last errand for the King. On this journey, he got severely sick with a fever and died shortly after in Sherborne, Dorset. Wyatt wrote many great works in his life that didn’t surface until after his passing. His hard work landed him a big place in the history of the English renaissance. 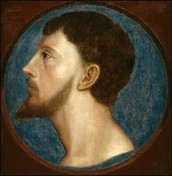 "The Many Lives of Thomas Wyatt by Nicola Shulman - Review." (Guardian News and Media). 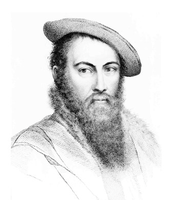