The first Summer Olympic Games was first held in 1896, where the 800-meter run took place as one of the events. 800-meter run is a common track running event. It is the shortest common middle-distance track event. The 800 meter is run over two laps of the track, 400 meters, and has been an Olympic event since the first games in 1896. Based on research women's performance is rapidly improving in the 800-meter run. Even though the men are faster, the women are close behind them with increasing times, and will soon surpass them in the future.

In the 800-meter run women are increasing there speed rapidly every four years. The men are still increasing their times, but slower than the women. Is is possible for the women to pass the men in time? Or will the men continue in being the fastest. In this article you will find out if the women will pass the men with their increasing speed or if the men will continue to be faster than women.

The Goal of the Study 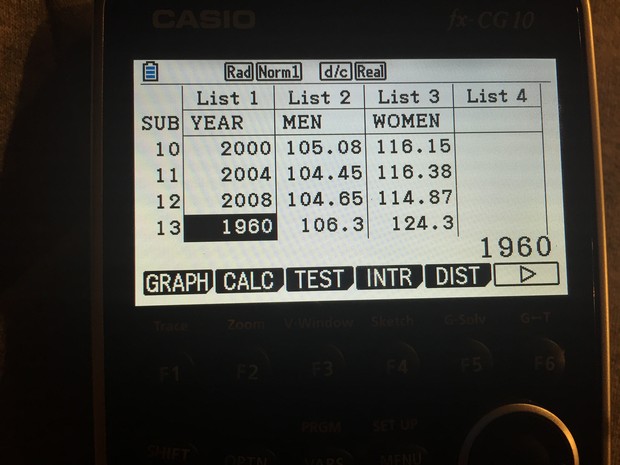 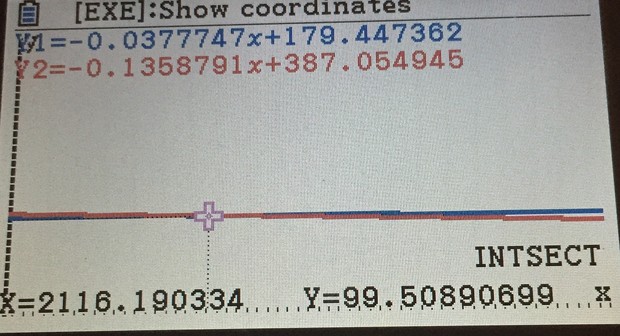 The X coordinate in the graph is the different years. You can tell because on the table List 1 is the independent variable, X.

The y coordinate in the graph is the time(seconds). By looking at the intersect y= 99.51, and then looking at the table list 2 and list 3 are both the dependent variable, y. The men and women column on the table both show the times(seconds) of all the gold medalist through 1960-2008. 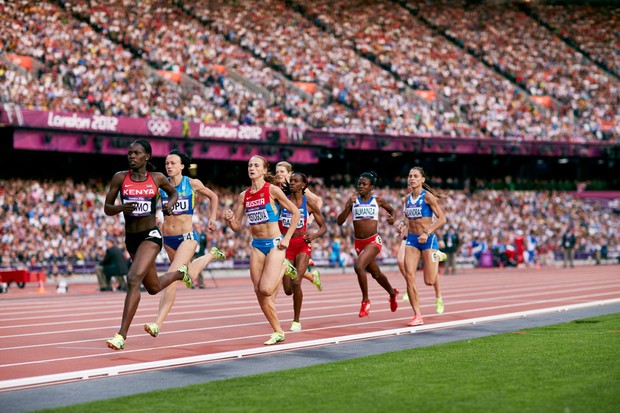