An essay by George Orwell

An essay by George Orwell

Shooting an Elephant, by George Orwell, is an essay of the impact of imperialism in Burma. Orwell had first-hand experience of the effects of British imperialism and he drew on these experiences as a policeman in Burma to write the essay, along with the novel Burmese Days, and another essay, A Hanging. Later in life he felt guilty about his role in the British Empire and started to look closely at what his country was really doing. He was left disappointed in the British colonial system and expressed these opinions through his writing later in life. Shooting an Elephant looks at the impact of imperialism, the underlying motives of imperialism and the concept that neither party wins.

The British rule in Burma lasted from 1824-1947. The British took advantage of Burma's political instability. It took sixty years and three wars for the British to complete the colonisation of Burma in 1886. Burma became a province of British India, and soon the British begun to replace the ancient Burmese culture with foreign new elements, as Burmese customs started to weaken and were exchanged for British traditions. After the outbreak of the Second World War, the Burmese grasped the opportunity to reclaim independence for Burma. Eventually in 1947 the Burmese won their independence from the British.

This source is written from the perspective of a British officer placed in Burma and is based on his experiences. It was created to expose imperialism as a culture killer and a campaign that was incapable of producing any useful result for the British. In the essay he shoots the elephant out of pressure from the mob of people. The scene involving the elephant's destruction of the village and the death of a person represents the impact imperialism has on the native people. The policeman reluctantly shot the elephant, out of pride and dignity. Orwell reflects these as the underlying motives of the British Empire and their means for forcing imperialism on to other countries. The British started imperialising and controlling more and more countries. They had pride to up keep and a name to live up to, and this is what the policeman was doing.

The source, Shooting an Elephant, is not confirmed as a primary source because it is a fictional story that Orwell wrote. He drew on his experiences to write it and had it been a diary then it would have been classified as a primary source. However it is still reliable because it is a first-hand experience, yet there are still some bias and limitations. Firstly the essay was written after the era in which it occurred, meaning that Orwell could have forgotten events or drawn on different events from different times than which they occur in the essay. Also George Orwell was a British officer and had access to British information only. Events may have been happening on the Burmese side that may have made him re-think that the British Empire was wrong. The bias in this essay is, unusually, not for the British. Orwell's character disagrees with what they were doing and was in favour of the Burmese. This source is a reliable, secondary source that explores imperialism in Burma.

This is a drawing of two British soldiers looking over Burma. I think this shows how important the British thought they were.

Imperialism in the source

In the quote above (which has been taken from the text) George Orwell expresses his view on imperialism. He believed that what the British were doing was an evil thing and he did not want to be part of it any longer. He made up his mind that due to his experiences in Burma he was against imperialism and he wanted to leave the place as soon as he possibly could.

This picture shows that the British were ready to injure, murder and destroy the people of Burma when they invaded. They may say it was for the best, but they did not go and use their words to take over, they went and used their weapons and violence. 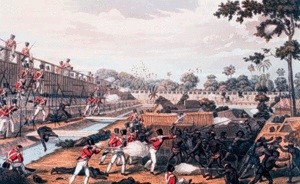 " The wretched prisoners huddling in the stinking cages of the lock-ups, the grey, cowed faces of the long-term convicts, the scarred buttocks of the men who had been Bogged with bamboos – all these oppressed me with an intolerable sense of guilt."

This part of the text shows the terrible impacts of imperialism and unlike some of the other people stationed in Burma, Orwell seems to feel regret about how the native people were treated. He agrees with them that the British Empire came and stole their country. Orwell also disagrees with the way they were treated. This part of the text shows the negative effect of imperialism, and, due to incidents like these, that imperialism is associated with evil and cruel ways. Though the British may have thought they were helping, the way they went about it showed otherwise. 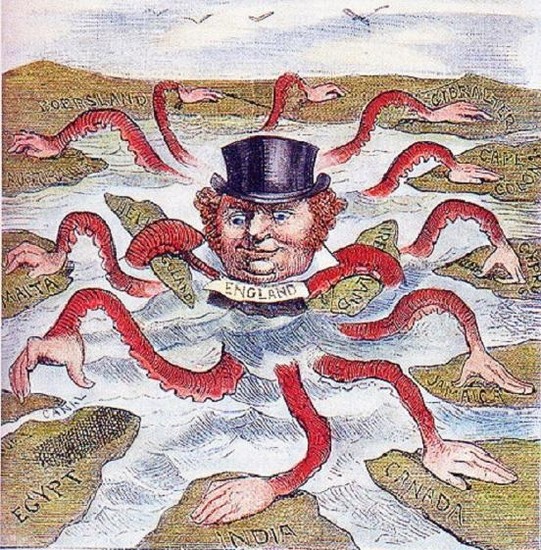 The source above expresses the British Empire's greediness in taking over and controlling other nations. This shows that the British wanted more, more and more and that they were not satisfied with what they had. The man already has his hands on many countries, but yet he is still reaching for more (Egypt). With all these countries to control there was bound to be a fall at some time, which is mentioned in Shooting an Elephant. "I did not even know that the British Empire is dying" is a line from the essay that suggests that when people have too much to look after, they will eventually be overwhelmed. 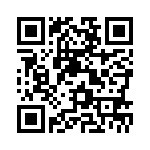 Imperialism occurred in many places over the world during the Age of Discovery. It had negative and positive impacts on the countries ruled by different empires. One of the negative impacts was the death of the natives. Many were due to violence that the imperialists inflicted on the natives, others were due to the loss of their land which lead to loss of food and water. The native people lost self-worth. They lost their rights and values, leaving them oppressed. They became prisoners in their own countries. Although there were many negative parts of imperialism there were also some positives. Once some of the countries got their land back they had newer equipment and buildings, sometimes the imperialists restored the country. Health and sanitation was also improved, along with new goods and education. There were also impacts of imperialism on the people employed to enforce the new laws to these powerless nations. Some of them, for example the policemen in Orwell's essay, disagreed with what their nations were doing but had no choice and were left with an unsettled conscience.

This source was illuminating, as it explored British imperialism from an interesting perspective. The emotional context of the essay provides different information on the impacts of imperialism, not only on the victims, but also on the people employed to keep order. Although I was aware of the impacts of imperialism on the victims, I had not considered the negative impact experienced by the British citizens involved. In this instance, I connected with the character and empathised with his dilemma. He was stuck in a difficult situation and the outcome was that he let bad faith influence his decisions. His choice was based on the wrong motivations, yet I understood why he made that decision. This worried me and I wondered what I would do if faced with that choice, and if I would follow my own desires. I also wondered, if the story were to continue, would any consequences come from those acts of bad faith?
Orwell's style of writing this essay is clever because my initial thought was that I would never harm an elephant. However the emotions that Orwell put his character through and the pressure he was under, made me expand my thoughts on the choice the policeman made. As I read along and the officer gave in bit by bit, I realised that maybe I was not as strong as I thought. Maybe I would be influenced by others, or maybe I would act in bad faith. This essay made me ponder the complexities of humanity, particularly in relation to myself. This has led me to be a little wary of how much emotion it triggered and how this could take away from the factual side of the essay.

No name; George Orwell's on his Life in Burma: "Shooting an Elephant"; Edsitement; last modified unknown; website; accessed on 28/04/13; http://edsitement.neh.gov/lesson-plan/shooting-elephant-george-orwells-essay-his-life-burma