Abriana is using Smore newsletters to spread the word online.

Get email updates from Abriana:

William Shakespeare had seven sibilings. There names are Joan, Margaret, Gilbert, Joan2, Richard, and Edmund. Shakespeare was married Anne Hathaway he was 17 and she was 26. He had three children one son, Hamnet and two daughters Susanna and Judith. He had only one granddaughter name Elizabeth-daughter of susanna. Elizabeth died childless in 1670. therefore Shakespeare has no descendents. One of Shakespeare`s relatives on his mother`s side, William Aeden was arrested for plotting against the Queen Eilzabeth the first,he was improisoned him in The Tower of Londen and was executed.

William Shakespeare was buried in the Holy Trinity Church. He put a curse on anyone daring to move his body from his final resting place. His epitaph was ``Good friend for Jesus’ sake forbear,To dig the dust enclosed here:Blest be the man that spares these stones,And curst be he that moves my bones``.In his life he wrote 37 plays and 154 sonnets. William wrote his first play in 1589, his last play he wrote was the Two Noble Kinsman. The Two Noble kinsman was written in 1613 when he was 49 years old. Romeo and Juliet is one of William shakespeare famous plays 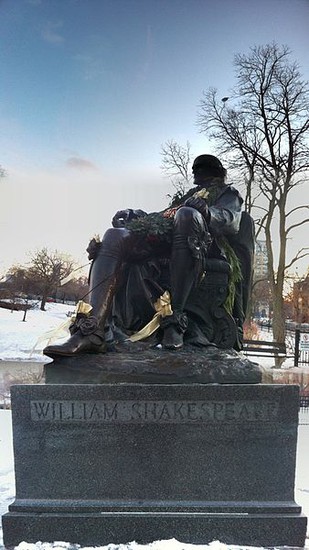 Abriana is using Smore newsletters to spread the word online.

Follow Abriana lane
Contact Abriana lane
Embed code is for website/blog and not email. To embed your newsletter in a Mass Notification System, click HERE to see how or reach out to support@smore.com
close