Causes for the American Revolution

This is the End

Causes for the American Revolution

This is the End 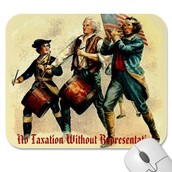 Slogan originated in 1750-1760 where Britain taxed the colonist without letting them have a representative in Parliament so the colonists decided that they shouldn't have to pay a taxes when they're not even being represented. This also angered the colonists increasing the joined desire to become free from Britain. 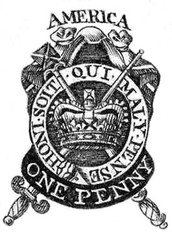 In 1765 the British king placed a tax on almost all printed material in the colonies including but not limited to newspapers, all legal documents, and even small items such as playing cards were taxed. This angered everyone in the colonies and convinced many people that their was a dire need for change. Colonists believed they were being unfairly taxed by the British Parliament. 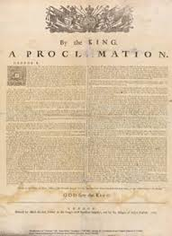 A law passed following the French and Indian war that prohibited the colonial settlement or westward expansion past the Appalation Mountains. This law was intended to reduce conflicts with the Indians but only angered the colonists because they had fought for the land they were now not allowed to have. Some colonists believed that it was an act to keep them pined on the Atlantic seaboard where they would be easy to regulate.

Meant to punish the Massachusetts colonists for dumping a large shipment of tea into the Boston Harbor, these acts took away many rights including the right to hold a meeting. The patriots wall this as a violation of their rights and in September of 1774 they organized the first continental congress. In April 1775 the American Revolutionary War began.

The American Revolution From Colonies to Constitution The Road to Revolution

1. True or false, the quartering act put a 25cent tax on every pound of tea?

2. Why did they form the first continental congress?

3. True or false, the first continental congress was held to deal with the intolerable acts? 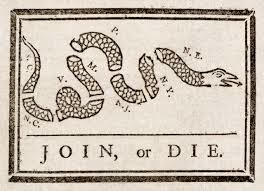 The political cartoon above was drawn by Benjamin Franklin representing his belief that as a whole united we could become dangerous but separated we will be nothing.

www.britannica.com
(1775–83), insurrection by which 13 of Great Britain ’s North American colonies won political independence and went on to form the United States of America. The war followed more than a decade of growing...

1: How many colonies were declared independent?

2: How long did it take to gain independence?

3: Were there official military forces for the colonies?