Get email updates from Gracie:

Stay in the know with regards to the Counseling Office!

Stay in the know with regards to the Counseling Office!

It's a BUSY month in OCTOBER! Continue reading below for information on:

Pillar of Character for October: RESPECT

Awhile back, I witnessed a young student push another student. I asked Student A why he pushed Student B. His response was, "Because I'm following the Golden Rule!" I was utterly perplexed! If the Golden Rule is to "treat others as you would want to be treated," why would Student A WANT to be pushed by another? Of course, I asked him for clarification.

"What do you think the Golden Rule means?"

And with all the confidence and self-assuredness he could muster, he said, "It means 'Do to others what they've done to you!"

While there were a similar number of words in there, and it did have a similar cadence to it, the child had completely misinterpreted the true meaning.

If you get a moment in the upcoming days, ask your son if he knows what The Golden Rule means. Challenge him to explore the meaning with different scenarios. Does it matter who did what first? What if it's the first time he's broken The Golden Rule? Can he offer his own examples?

According to stopbullying.org, bullying is "unwanted, aggressive behavior among school aged children that involves a real or perceived power imbalance." In order to be considered bullying, there must be:

Preventing bullying isn't something that happens just in a school setting...it's a COMMUNITY effort! Play a role in prevention by:

UNITY DAY is Wed, Oct. 23rd. Students may wear ORANGE to demonstrate their UNITED front of:

the quality of being friendly, generous, or considerate

tolerating the differences and diversity in others 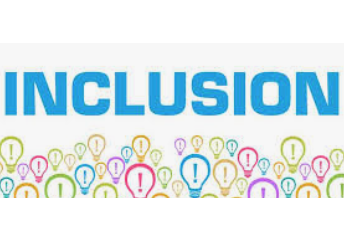 every child has access to, and participates meaningfully in, positive situations and outcomes

Red Ribbon Week is a national campaign that has been raising drug awareness since its' inception in 1985. It's an opportunity for schools and communities to come together and take a stand against drugs!

This year, YMLA will celebrate a drug-free campus with the following:

I've recently created a digital referral form for students, parents, and faculty. If there is a specific issue you'd like me to discuss with your child, use the QR code below to fill out the pertinent information, and I'll meet with your child as soon as I'm available. 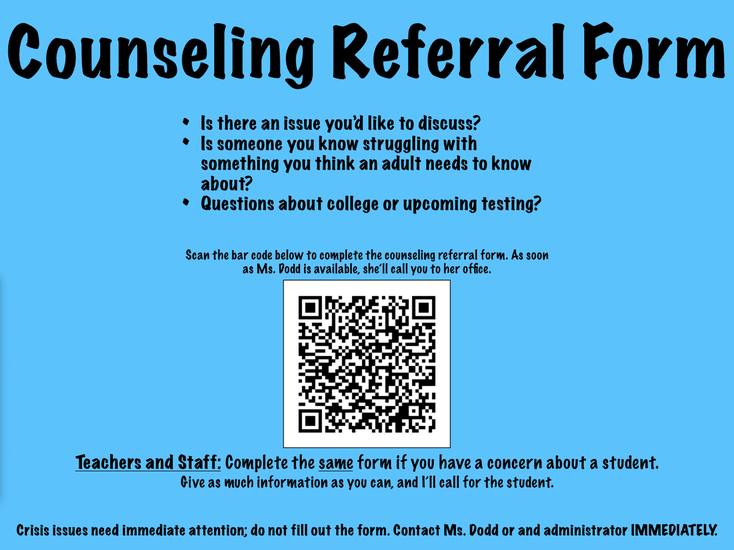 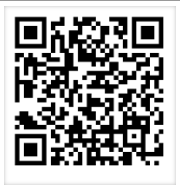 Parents, if you haven't already done so, please take a quick moment to fill out the Parent Needs Assessment survey. It only takes a couple of minutes, and the results will help me to define the counseling program so that it assesses the needs of OUR campus.

Use your camera or a QR Code reader to access the survey. (Ask your kid for help if necessary!) 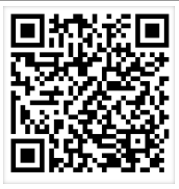 Students have their own survey as well! Please encourage your student to fill out his survey too!

Students can use the camera or a QR Code reader to access the survey. 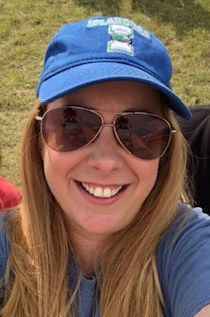 Follow Gracie Cabello
Contact Gracie Cabello
Embed code is for website/blog and not email. To embed your newsletter in a Mass Notification System, click HERE to see how or reach out to support@smore.com
close