Tamari is using Smore newsletters to spread the word online.

Get email updates from Tamari:

1. What was the main difference b/w the 1st and 2nd industrial Revolutions?

There was a market that emerged and new technology that had been invented.

2. Describe trust in either words or pictures.

an arrangement where someone's property or money is legally held or managed by someone other then yourself.

3. Describe the workshop strategy, known as a strike, which uses a stoppage of work.

its organized by a by a body of employees as a form of protest.

4. Describe how and why the American Industry developed quickly in the nineteenth century due to Laissez-faire upregulation.

While the industry was booming, new processes were being invented to make things like steel easy.

5. Describe the workers on the Central Pacific Railroad and their ethnicity.

The workers were poor and they were from China.

6. Describe the following men and what they are known for; Carnegie, Rockefeller, J.P. Morgan, Swift and Edison.

7. Describe the significance of the passage of the interstate Commerce Act (1887) and the Sherman's Antitrust Act (1890).

In 1887 a number of states experimented with various programs developed to regulate railroad rates. In 1890 to combat monopoly and improper restraints on competition.

8. What would a comparison of the 1st and the 2nd industrial revolution show?

In both industrial revolutions there were new technologies invented.

9. What did Henry Flagler build and what did he build to transport tourists to it?

He built the Florida East Coast Railway so that tourists could come in stay in his hotels.

10. High railroad prices and monopolistic prices led to what?

New and larger costs of monopoly and tariffs.

11. What policy led to the Robber Barons of the 19th century?

Led the enormous expansion of the American steel industry.

If no patent system were in place there would be less incentive for inventors to invest time and money in research and development.

13. Which invention was patented in 1885 by Sarah Goode, the first African-American woman ever to receive a patent.

The fold away bed 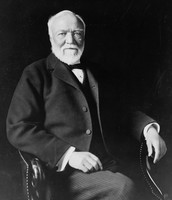 owning his own oil industry 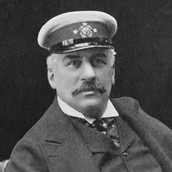 owning his own bank 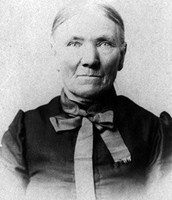 invention of the fold away bed

What was a consequence of the acts listed above, passed by congress during the Civil War years?

Tamari is using Smore newsletters to spread the word online.