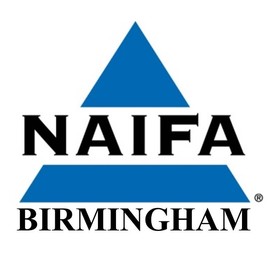 NAIFA is using Smore newsletters to spread the word online.

Get email updates from NAIFA:

Terri A. Sewell is the U.S. Representative for the 7th District of Alabama. The 7th Congressional District includes parts of the cities of Birmingham and Tuscaloosa, as well as the counties of Alabama’s Black Belt – the heart of which is Congresswoman Sewell’s hometown of Selma. Congresswoman Sewell sits on the House Financial Services Committee and brings to the committee her more than 15 years of experience as a public finance attorney. In addition, she is a Chief Deputy Whip for the Democratic Caucus. Congresswoman Sewell also serves on the House Permanent Select Committee on Intelligence which is the House of Representatives key link to the Director of National Intelligence and the 17 agencies that constitute the Intelligence Community. Re-elected on November 6, 2012 to her second term, Congresswoman Sewell is one of the first women elected to Congress from Alabama in her own right. She is also the first black woman to ever serve in the Alabama Congressional delegation. Read more about Terri at http://sewell.house.gov/

Congressman Spencer Bachus serves the Sixth District of Alabama in the U.S. House of Representatives, where he is recognized as a conservative leader who supports fiscal responsibility, free enterprise, a strong national defense, and traditional values. As a result of redistricting effective with the 113th Congress, the Sixth District is comprised of all or parts of Jefferson, Shelby, Chilton, Coosa, Bibb, and Blount counties. Bachus earlier served in the State Senate and wrote the first law in Alabama penalizing repeat DUI offenders, authored state domestic abuse statutes. He was chosen by his colleagues to serve as Committee Chairman during the 112th Congress, becoming the first Alabamian to head the panel in more than 70 years. Bipartisan laws enacted during his chairmanship include the Jumpstart Our Business Startups (JOBS) Act, export promotion authority renewal, and flood insurance reform. In the 113th Congress, Bachus is serving on the Financial Services Committee as Chairman Emeritus and has rejoined the Judiciary Committee as Chairman of the Subcommittee on Regulatory Reform, Commercial and Antitrust Law. To learn more, visit http://bachus.house.gov/

Please RSVP by Friday, October 18 to Diane Covin at naifa-birmingham@bellsouth.net. Light breakfast and coffee to be served.

PLUS: Save the Date: Thursday, December 19 at The Club

Tom qualified for membership into the Million Dollar Round Table during each of his first three years with MetLife. He also, qualified four times for the MetLife President's Conference and received the National Quality Award and the National Sales Achievement Award. In 1992, he placed over 425 policies. Combining his knack for selling with hard work and a deep understanding of financial products, he went on to become the National Marketing Manager for Variable Life Products and trained over 10,000 agents. To learn more about Tom, visit http://www.tomhegna.com/about.html and check out his video: http://www.youtube.com/watch?feature=player_embedded&v=8CkO1oGrJco

NAIFA is using Smore newsletters to spread the word online.

Follow NAIFA Birmingham
Contact NAIFA Birmingham
Embed code is for website/blog and not email. To embed your newsletter in a Mass Notification System, click HERE to see how or reach out to support@smore.com
close