Macbeth as a flawed hero & experience with an Anti-hero.

Macbeth as a flawed hero & experience with an Anti-hero. 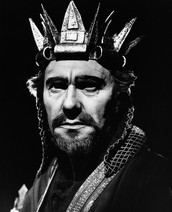 Macbeth was very easily persuaded and controlled and his greed for power caused him to have a great amount of ambition. So he was willing to do whatever he needed to to make sure no one would interfere with that. After he took part in those actions his cautions played a big part in his " drastic fall " with everything. Macbeth pretty much murdered himself with his actions. Speaking in rhetorical terms , not meaning he committed suicide , but saying that his actions , greeds , and wants have lead him to making some decisions that lead to his death.