Vaishali is using Smore newsletters to spread the word online.

Get email updates from Vaishali:

Perseverence-pushing forward through a problem faced

Eleanor Roosevelt faced adversity from the time she was little. Her mother the gorgeous Hall Roosevelt, then her brother, and lastly her father passed away in the same year only a few months apart. Jackie Robinson faced a gargantuan amount of adversity. His adversity was centered around something that he could not possibly control, his racial background. This was a problem his whole life. First when he was signed onto the Monarchs. Many people had a strong conviction that only white people should play Baseball . Next He faced an overwhelming amount of racial tension for his signing on to the Brooklyn Dodgers. 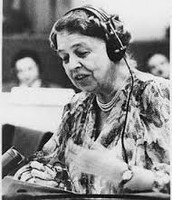 Eleanor at her job 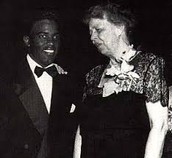 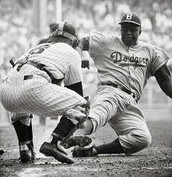 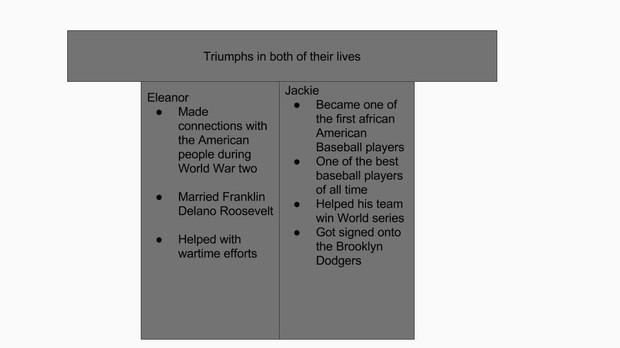 Triumphs and Similarities and Differences

What caused all of their Success and Adversities

Jackie's success was the cause of a scouter looking into to him and signing him on to the Monarchs. From being on the monarchs the effect was that they saw his playing skills and signed him onto the dodgers. The cause of his adversity was his race. The effect was that he fought back by not fighting back at all.

Eleanor's success came from her marrying Franklin Delano Roosevelt. If she hadn't married him the effect of her success with the American people would have never happened. The Main Adversity of family problems was caused by the death of her parents and brother in a three month period.

We can learn a lot about adversity from these people. More importantly we can learn about how to overcome these adversities with perseverance by showing us successful people who faced adversity made it. This has introduced us to the fact that even now in society we must never yield to adversity, As the eloquent Eleanor Roosevelt once said "you must do the things you never thought you could do.You gain strength, courage,and confidence by every experience in which you really stop to look fear in the face". 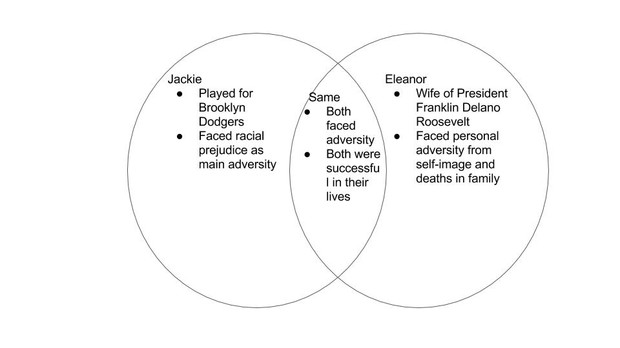 Vaishali is using Smore newsletters to spread the word online.