Trista is using Smore newsletters to spread the word online.

Get email updates from Trista: 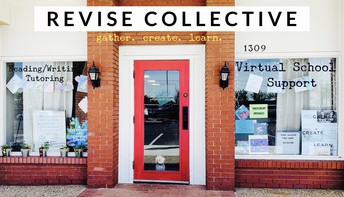 4 Weeks of Engaging Projects, Social Time, and lots of Fun!

Revise Summer Camps are engaging, high interest topics. Students interact with peers as they are guided by certified teachers to complete STEAM projects. Each day has its own topic and projects are designed for students to be immersed in that topic. The anchor activities for each day's topic are in the descriptions below. In addition, we will layer in daily art and science activities as time permits.

What do students like? It is hands-on, creative, social, and exciting projects! Guest presenters bring the thrill equivalent to what you'd have with birthday party fun!

What do parents like? It is enriching, reading/writing practice layered in to prevent summer slide, and students are in a safe, supervised setting while they work during the summer.

5% off for sibling discount.

Register for 1 day, or 1 week, or the whole month of camp days!

Schedule is listed below: 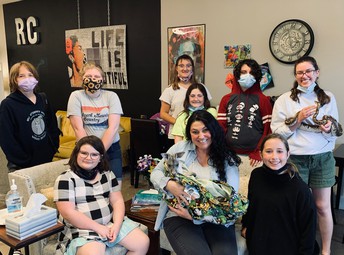 June 6 Exploding Science: volcanoes and sound waves! Students will experiment with their own volcanic masterpieces including elephant toothpaste and model volcanoes, construct sound devices, and create a colorful abstract canvas imitating Jackson Pollock. Join us for this artistic exploration into sound and color!

June 7 Slimy Science: why do humans have such slimy body fluids? Our bodies are both gross and masterful bodies of art! It will only get a *little* gross as we explore organ systems by building models, including a pumping heart, fake lung, and digestive system. Students will enjoy the humorous way we explore the gross and gory, and we will be sure to make lots of homemade slime for everyone to enjoy between projects!

June 8 Engineering Science: team building and competitions in planning, designing, building, and testing solar microwaves by cooking s'mores and homemade shoe box cameras by taking solar portraits. We will learn the basic science behind developing old-school film too! As time permits, we will also explore famous architecture and create a 3D model of our favorite building.

June 9 Science of Animation: Disney and Marvel universe collide in this day of animation investigation and application! Students will learn behind the scenes how special effects are used to create these masterpieces and try their hand at some digital animation studios to create their own CGI and animation effects!

June 10 Destination Space Science: Camp astronauts must first TRAVEL to space before we can explore it! So, we will begin with building 2 different rockets using household products. Then we will explore space with hands on projects including a mixed media canvas of the stars and planets using paint, glitter, and 3D objects. We will do science experiments to create exploding black holes and Galaxy mood dough! Join us for our hands-on Space Expedition!

June 14 Escape from Summer: if students enjoy escape room challenges, they'll love this day of escaping! We will have an in-studio escape room challenge for students to crack the clues and codes and solve the mystery before time expires. In addition, students will participate in a digital escape room, leveled to a tween friendly storyline.

June 15 Builders day: it’s a Lego challenge kind of day! Various kits for students to construct independently or in teams. Students will also explore a digital program which teaches them how to design their own Lego structure!

June 16 Murder Mystery Party: immersive murder mystery game! Students will dress up in character and arrive to camp with a script to perform their role in the murder mystery! This is light hearted fun, without gore. Students will receive an invitation via snail mail so they know in advance what character role they will play on the day of camp.

June 17 Gamer's Paradise: students learn insider knowledge on gaming design and creation. Then they can test a variety of gaming devices across the ages- Nintendo, Xbox, Sega, virtual Reality! As time permits, students will learn hands-on, entry level coding used in gaming technology and create their own video game!

June 20 Art of Photography: students will learn basics of portrait and landscape photography techniques, photo editing with modern/trendy apps, accessible by computer or phone, and leave with a digital portfolio of their work! Our guest presenter will be a pro photographer to teach students the basics of photo composition, lighting, angles, and editing, as well as, discuss ways to market yourself and build a career in photography!

June 21 Interior Design: Project based learning of interior design concepts and trends, including industrial modern, farmhouse, mid-century modern, and more! We will practice with digital design apps and create 3D dioramas representing a design concept of the student’s choice.

June 22 Clothing Fashion: explore trends in fashion across the decades and cultures around the world. We will use a professional clothing design program so students can see their own clothing designs digitized and modeled on a mock runway.

June 23 Make-up Design: guest makeup artist will teach students about everyday makeup wear, as well as costume makeup, like used for Halloween and film sets. Students will have a blast transforming into characters and learning the art and science behind costuming!

June 24 Body Art across Cultures: a look around the world at body Art expressions, including tattoos, Henna, body paint, piercings, hair decor and styling, and more! Our guest presenter will explain how to make Henna ink and give each student their own Henna tattoo!

June 27 World of Magic: a look into the world of illusions and magic as we learn about some of the greatest magicians of all time, learn and perform our own magic tricks, and watch a live magic show by our guest presenter!

June 28 Maker's Day: it’s a DIY day of crafting fun! We will have 3 large projects for the students to create and take home, including: designing and creating personalized flower pots and planting them with succulents, making Tie Dye T-shirts, and modern farmhouse photo frame collage!

June 29 Improvisation and comedy: a dive into sketch comedy and acting skits- students team up to perform plays together, create a standup comedy routine, and learn about some of the greatest comedians across the ages. It will be a day of laughter and acting!

June 30 Weird Animals: students will be challenged to trot the globe (virtually) with their team to find the most bizarre animals on earth. Can your team win the competition and be crowned “most likely to become the next Ripley’s Believe It or Not?” Oklahoma Science Museum will also swing by to share their creepy critters with students.

July 1 Conservation Awareness: Let's explore regions of the globe to unearth endangered species and learn what conservation efforts exist to preserve a variety of animals. Our artwork of the day will include making conservation awareness posters. We will also have furry and scaly guests from Extreme Animals, an Oklahoma City based business which brings live animals for the kids to hold and learn about! 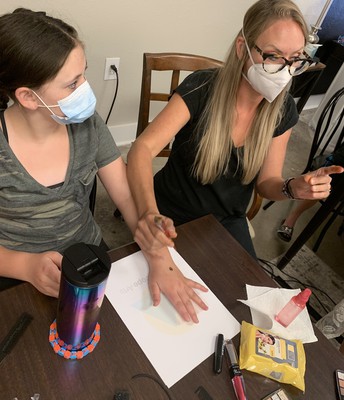 Kaleidoscope Arts OKC owner Racheal Brown presented in 2021 during our Body Art camp day. She taught students safety guidelines for Henna ink and shared how she sustains a career as this creative professional. All the students loved their Henna tattoos! 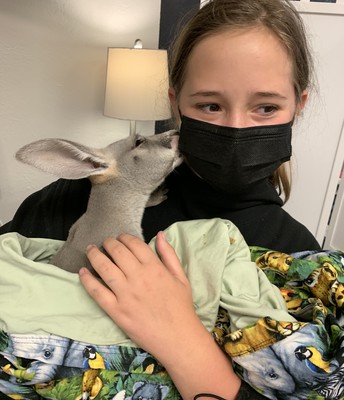 Kisses from a Joey!

Extreme Animals visited Revise Summer Camps in 2021 and students fell in love with all the snuggly and scaly friends! We had a Joey, chinchilla, lemur, Fennec fox, and snake- to name a few.

Extreme Animals is passionate about educating the public about exotic animals and conservation. We’re thankful we got to learn from them! 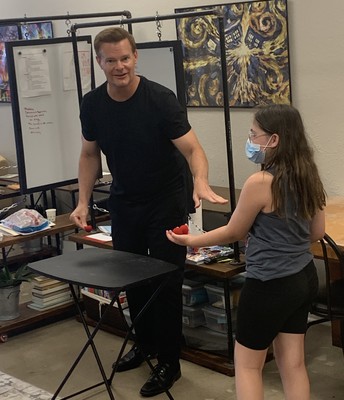 Magic week in 2021 was super fun learning some tricks and watching a performance by a Las Vegas magician! Mr. Meyer was so kind to help students fine tune their own magic skills and share some trade secrets for getting into the magic biz!
Enroll NOW for 2022! 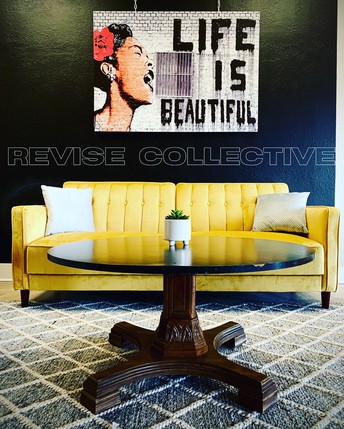 Trista is using Smore newsletters to spread the word online.

Follow Trista Boehmisch
Contact Trista Boehmisch
Embed code is for website/blog and not email. To embed your newsletter in a Mass Notification System, click HERE to see how or reach out to support@smore.com
close