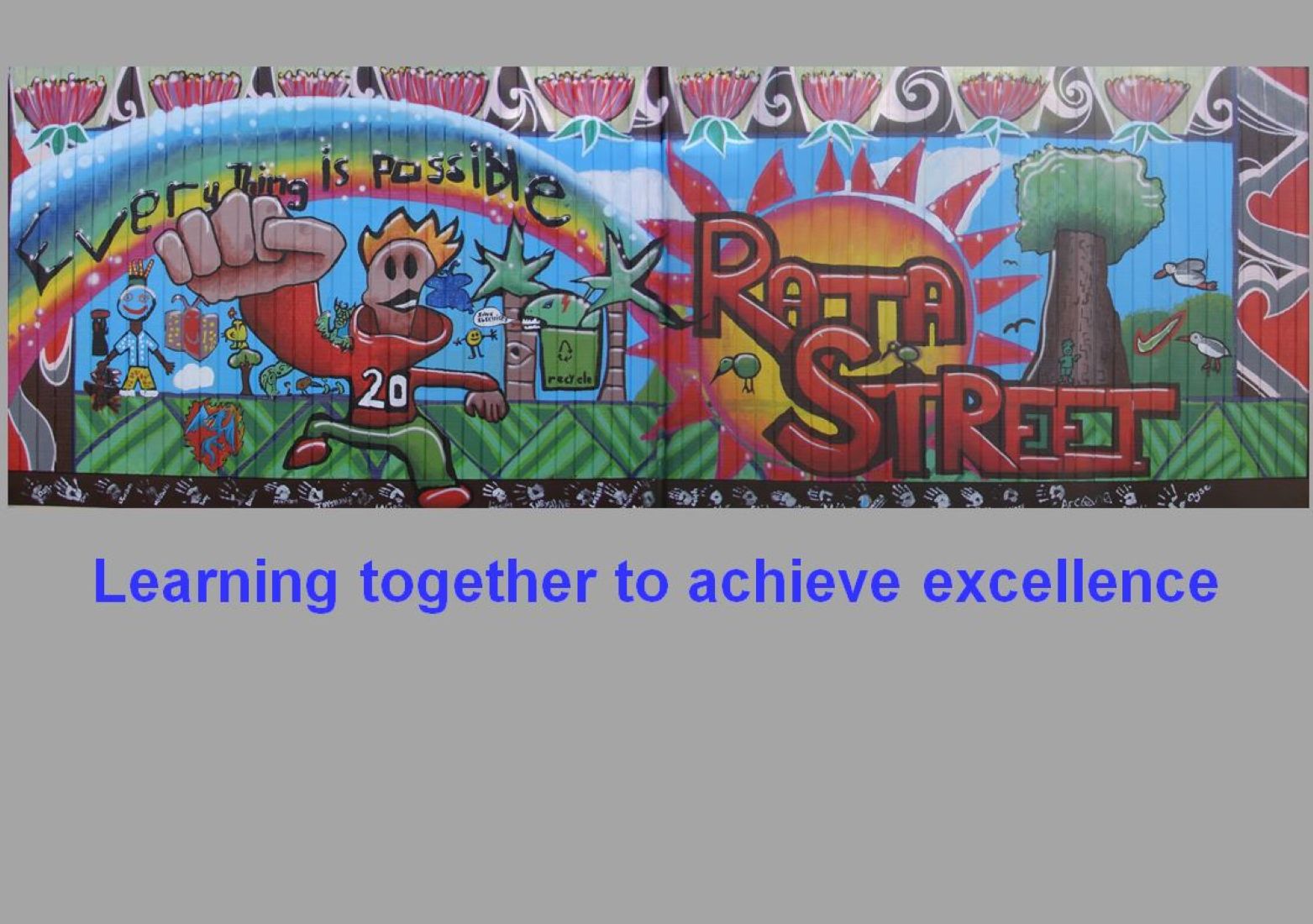 For the past month, our tamariki Māori have worked with Miss Casbolt and Mr Forster to plan for the Whānau Hui that was put on for their whānau last night in the hall. The turnout was impressive, as we had close to 100 adults and 95 tamariki take part in the celebration. Apart from the evening itself, which was a huge success, the part of the process that I enjoyed most was all the mahi that went on in the lead up to the event, and the fact that the children planned every single aspect of the performance with their whānau in mind. The children wanted to put on a show that they knew everyone could be proud of, and they certainly didn’t let themselves down!

Māori Language Week was a huge driver for the items shared on the night, but it was the children who took on the leadership role during the hui. They were the ones who were MCs, who welcomed whānau, introduced items and of course performed. I was in awe of the maturity and confidence that they showed.

Another feature of the evening was where Miss Casbolt was able to share with whānau some of the things that we as a school have been working on this year, especially around the teaching and learning programme. These included our Te Reo 2-Year Language Framework, the Te Reo professional development that the teachers have been participating in this year, the work that Te Whānau Pihinga have been doing around planning with a Te Ao Māori lens, the school karakia and the growing of our Kapa Haka and Culture Groups.

There was an opportunity for us to share some of the things that we have planned for the school in 2023, and there was time for whānau to share their aspirations for their tamariki for this year and

I would like to thank Miss Casbolt and Mr Forster for supporting the tamariki to put on such a special evening. I would also like to thank the tamariki for their great performance, and for the support shown by parents/caregivers and whānau.

We have one more week to go until the end of the term, with next Monday being a public holiday. Please don’t forget that school will be closed for the day.

A reminder that Term 4 is just around the corner, with a start date of Monday 17 October and an end date of Thursday 15 December.

Have a great weekend everyone.

Help your sister put her clothes on!

Information will be coming home soon about how to view and order photos. This will either be emailed to you or the details will be included in an upcoming newsletter.

We have a mountain of lost property in the Lost Property Box. If your child is missing an item of clothing, a drink bottle or lunchbox etc. then please get them to look in the box as soon as possible, as the end of term is fast approaching! This can be found in the link way. 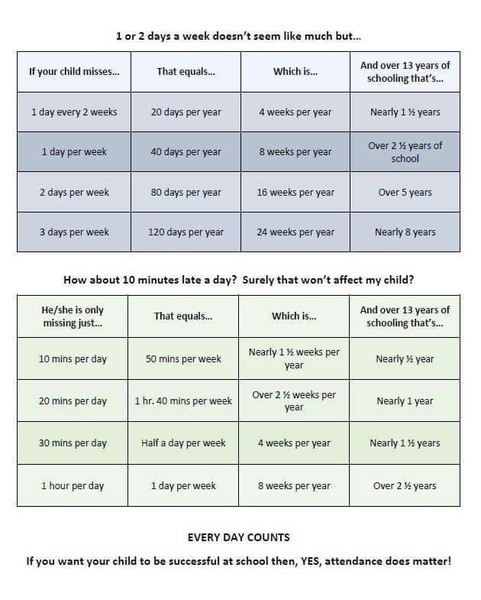 It is very important that your child attends school every day. As the chart below illustrates, every day counts! 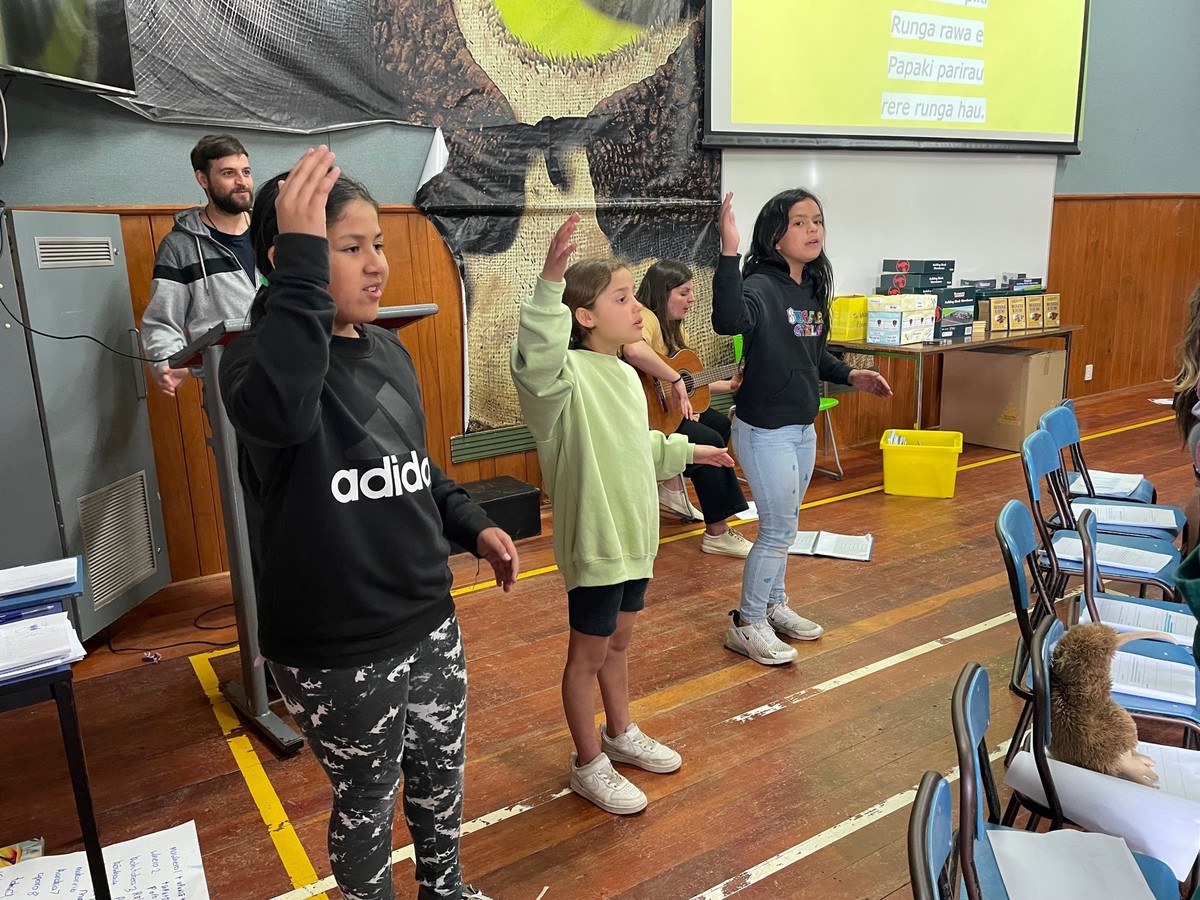 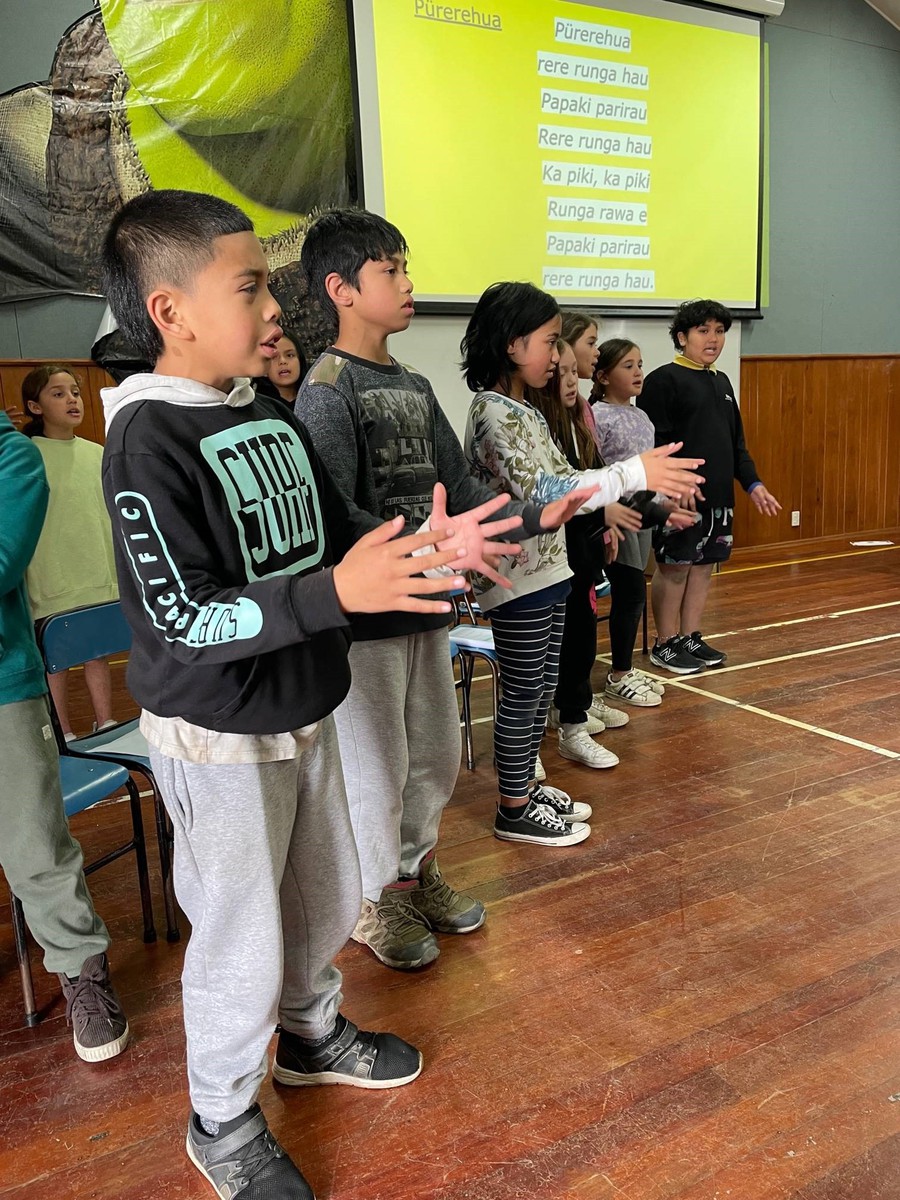 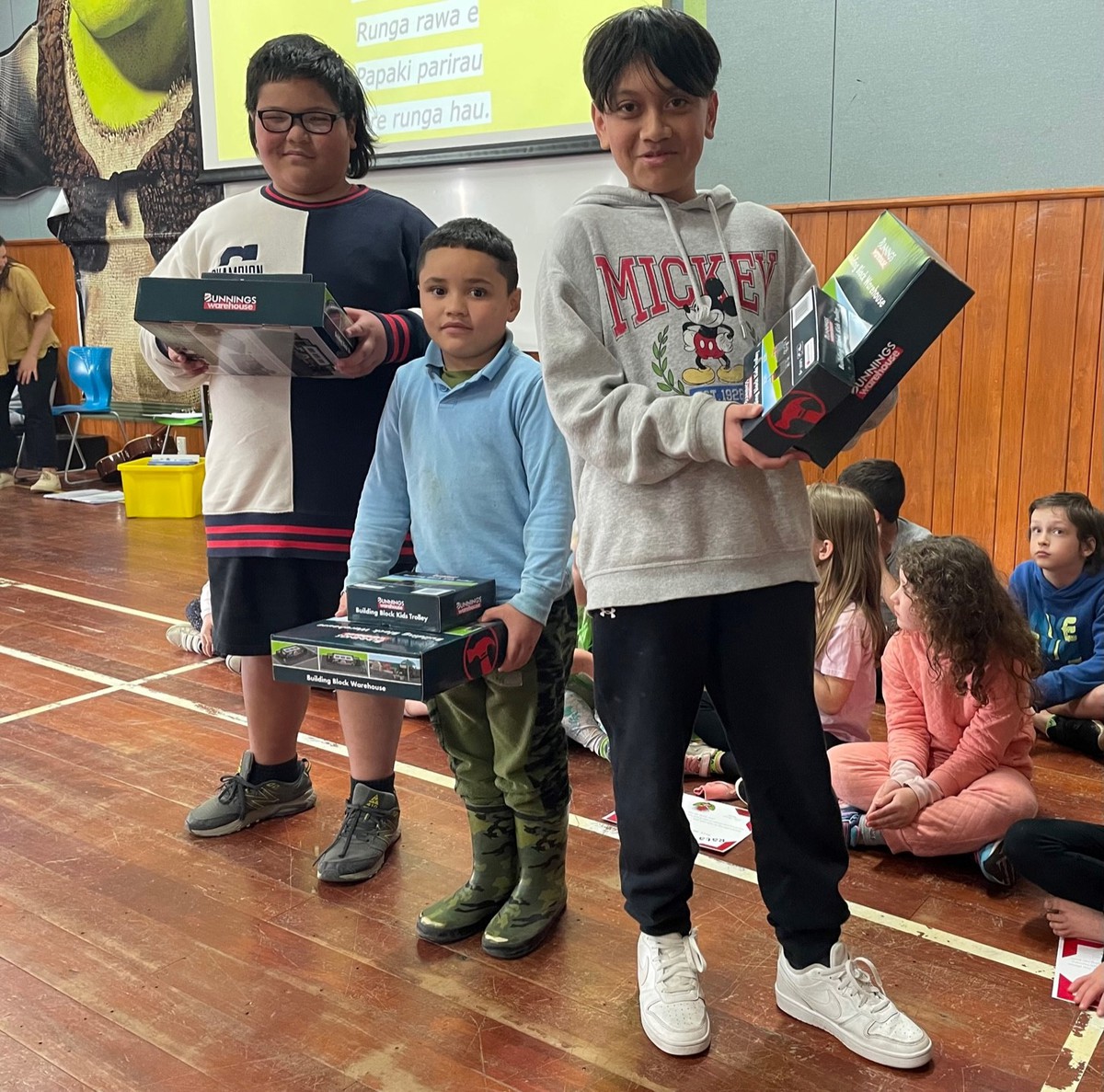 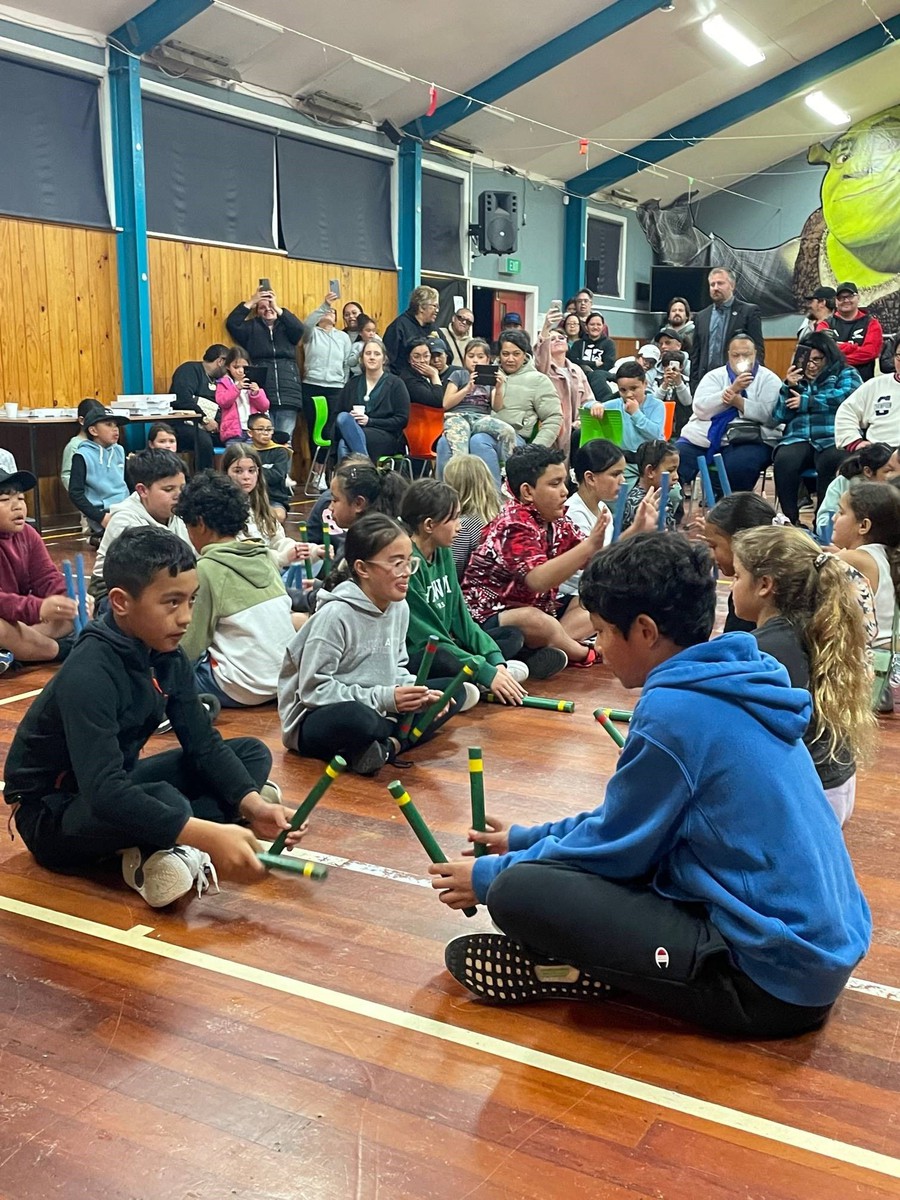