Devon is using Smore newsletters to spread the word online.

Get email updates from Devon:

Charles Augustas Lindbergh was born on February 4, 1902 in Detroit. He was a very intelligent young man. He showed advanced mechanical ability in his childhood. He never gave up on what he wanted to do. People called him a dream chaser because any dreams he ever had he chased that's why he was as successful as he was. He enrolled into the university of Wisconsin and studied engineering in 1920. Then in 1922 he went to Nebraska flying school he was a mechanic , parachute jumper and also a wing walker. In 1924 he enlisted into the army at the age of 22. In 1926 he was the first airmail pilot. On march 1,1932 his 20 month old son got kidnapped and killed. He was the first to fly across the Atlantic ocean from New York to Paris.

He was a very successful man. He did many of things he also created the very first artificial heart which saved many peoples lives.

Things Charles Lindbergh did that impacted the world.

He was the first of many of things. He flew over the Atlantic ocean from New York to Paris. He was the first to be a airmail mailman. He also created the first artificial heart. He got awarded the German medal of Honor.

Charles's plane he flew across the Atlantic ocean with. The name of this plane is the spirit of Saint Lewis. 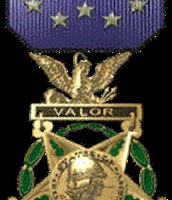 Question over the video.

Where did Charles Lindbergh fly to and from where?

What ocean did he fly over?

What is the name of his air plane?

Devon is using Smore newsletters to spread the word online.