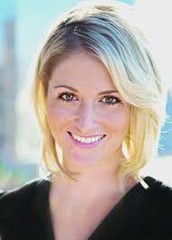 Courtney Klein is Co-Founder and CEO of SEED SPOT, a nonprofit incubator based in Phoenix that works to increase the odds of success for passionate social entrepreneurs who are committed to solving important societal issues. SEED SPOT launched in 2012 with the dream of building a safe place where social entrepreneurs would go to find the right resources to bring their ideas to life.

Previously, Klein served as the Co-Founder & CEO of New Global Citizens, a nonprofit that empowers young people to create social change. The organization now holds a $1 million endowment at the Arizona Community Foundation, and has a presence in 30 countries and 14 states.

In 2013, the Phoenix Business Journal named Klein as one of the "25 Most Dynamic Women in Business." In 2011, Splashlife Magazine recognized Klein as one of the nation's "Top 30 Civic Leaders Under the Age of 30." She has also been named one of Arizona's "35 Entrepreneurs Under 35," one of "20 Women to Change Arizona by 2020," and one of "Arizona's Most Intriguing Chief Executives."

Today Klein serves on the Advisory Board for HATCH, a Montana-based think tank of passionate and inspiring people across the globe who are committed to nurturing creativity and shaking the world by its ankles. She also serves as an Advisor to the Center for the Future of Arizona and is an Entrepreneur in Residence at Arizona State University.

Klein is an Arizona native and graduate of Arizona State University's Barrett Honors College, where she received her undergraduate and master's degrees in nonprofit management. She resides in Phoenix, and completed her first Ironman Triathlon in November 2013.

Follow DSIL Global
Contact DSIL Global
Embed code is for website/blog and not email. To embed your newsletter in a Mass Notification System, click HERE to see how or reach out to support@smore.com
close