Get email updates from Tony:

Federalism, Separation of powers, and Checks and Balances

Federalism, Separation of powers, and Checks and Balances

Federalism is that power is shared between the federal government and the states.

This divides the state and nations power. 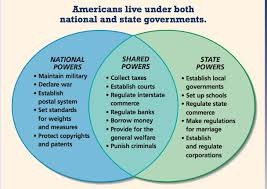 Separation of powers is basically the 3 branches of government and that they were created, so the power of the country would be distributed equally. The first branch was Legislative which makes the laws. Second branch is the Executive which enforces the laws. Third of all there is Judicial which judges the law. 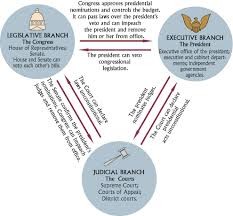 Checks and Balances is the system that was created so not any one branch in the government had more power than the other and they could all supervise another but keeping them in check. This keeps everything fair. 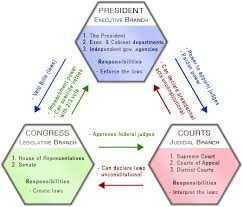