Edna is using Smore newsletters to spread the word online.

Get email updates from Edna: 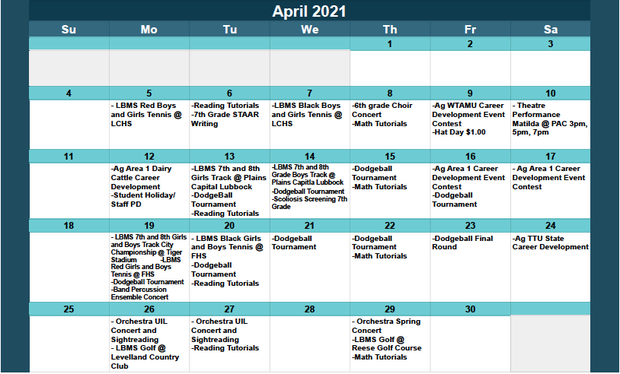 Please remember, if your child is not testing, your child MUST participate in at-home virtual learning in order to avoid being marked absent for the day.

*Please contact Mrs. Parr or Mr. Hendrix if you have any questions about virtual learning on days of STAAR testing.

**STAAR Testing will be tied to Exemptions

Students who pass the STAAR will be eligible to EXEMPT end-of-semester exams. 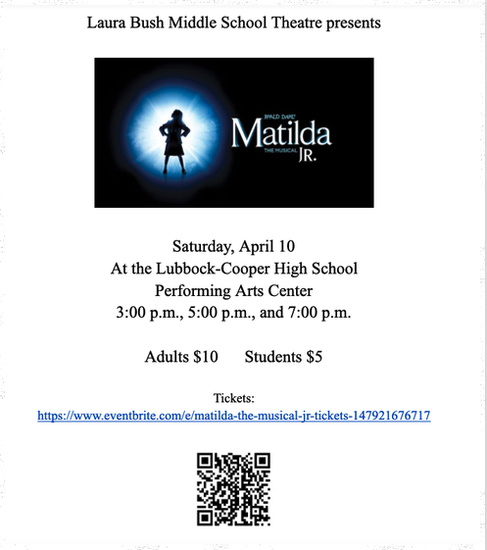 Students will take the End of Year MAP Test between April 12 - April 23.

StuCo will have several fundraising events going on during the month of April.

In compliance with Health and Safety Code Chapter 37, all children shall undergo screening for abnormal spinal curvature in accordance with the following schedule:

● Girls will be screened grade 7

● Boys will be screened grade 8

Laura Bush Middle School will be conducting a spinal screening on Wednesday, April 14, 2021.

If not completed on these dates, we will complete the screening during that same week. 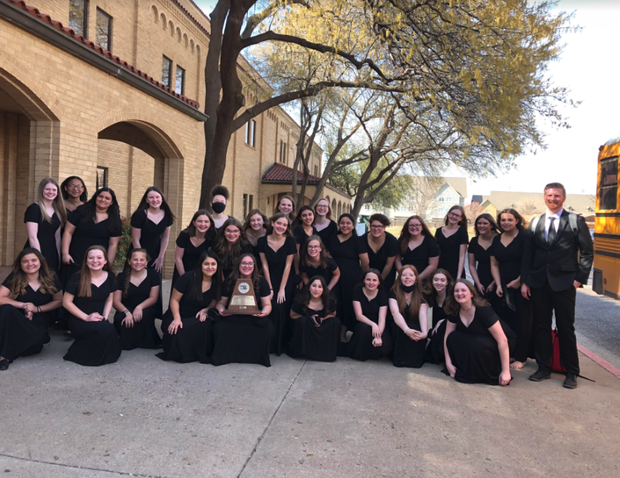 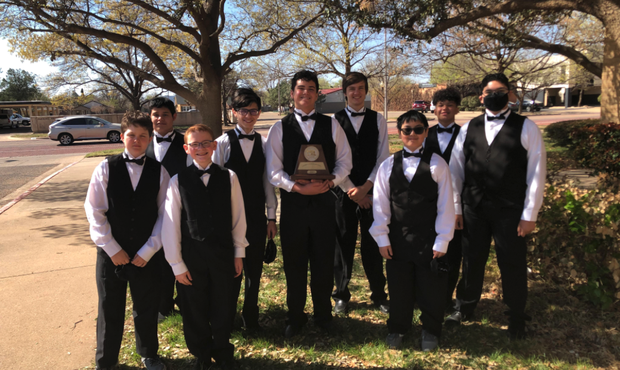 We had a great showing for our first spring tournament.

On March 10 -11 the Honor and Symphonic Bands attended UIL Concert and Sightreading Competition. Both Bands received a rating of sweepstakes, earning a first division for both Concert Performance and Sightreading judges.

The LCISD MS Band Solo Festival will be on April 9 and 10 in the LBMS Band Hall. Beginning Band students will compete after school on the 9th, and Concert/Symphonic/Honor Band will compete Saturday morning.

The first round of instrument testing for incoming Beginning Band members will be Monday, April 5 and Wednesday, April 7 from 5:00 -7:00 p.m. in the LBMS band hall. Fifth grade students attending either LBMS or LCMS next year, who are interested in joining band, are encouraged to attend.

If you haven’t sent in your 8th grader’s baby and current pics for the Banquet slideshow, please email those asap to lcpclassof2025@gmail.com. We have received pics from over 200 students but we would love to include everyone!

Join us on GroupMe to stay updated on the latest info regarding 8th grade banquet and Project Graduation https://groupme.com/join_group/42790935/oBwvfk

Edna is using Smore newsletters to spread the word online.

Follow Edna Parr
Contact Edna Parr
Embed code is for website/blog and not email. To embed your newsletter in a Mass Notification System, click HERE to see how or reach out to support@smore.com