Wanessa is using Smore newsletters to spread the word online.

Get email updates from Wanessa:

The Regal Soccer Stadium opens once again to host the soccer teams representing the nine beautiful languages taught at the Department of Modern Foreign Languages & Literatures.

Join us in celebrating sportsmanship, inclusion, and diversity.

Please share this flyer in your social media. We want to show the world we are one :)

This is what you should expect:

Get your raffle ticket at the door

Root for a language, and try your luck at winning one of the several gift certificates from our supporters.

MFLL is proud to sponsor and support the 2016 Soccer Tournament.

Center for Sports, Peace, and Society 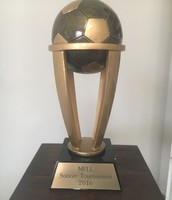 Which language will be on the 2016 MFLL Soccer Tournament trophy????

Our students are talented in so many ways! 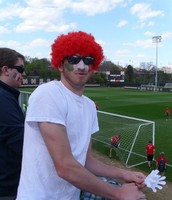 Learn about what MFLL has to offer you!

Let's sing together when the teams parade to the center of the field!

Wanessa is using Smore newsletters to spread the word online.

Follow Wanessa Velloso
Contact Wanessa Velloso
Embed code is for website/blog and not email. To embed your newsletter in a Mass Notification System, click HERE to see how or reach out to support@smore.com
close