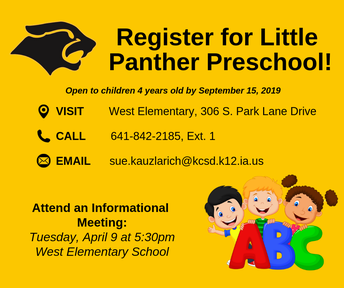 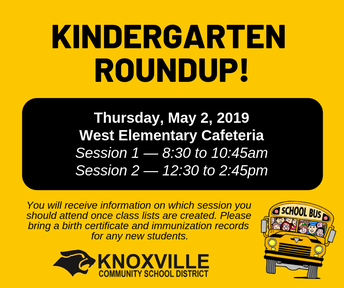 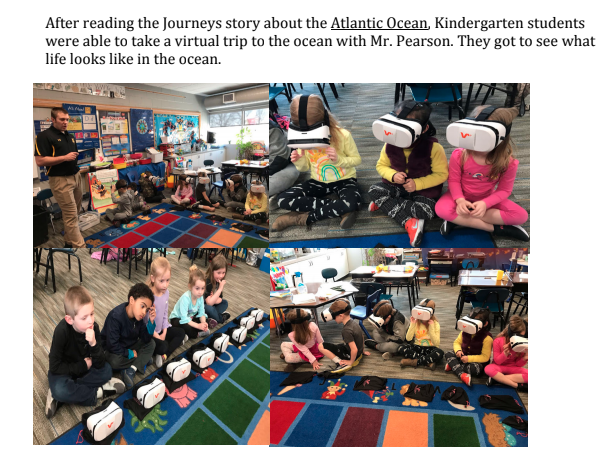 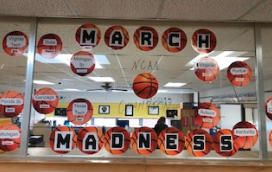 To freshen up our Class-Wide Panther Paw recognition this month, each class traded in a “regular” Panther Paw (earned for awesome class behavior) for a March Madness ticket. Each class then drew a name from one of the Sweet Sixteen teams.

The classes left in the bracket include Mr. Kincaid’s class (Michigan State) vs. Mrs. Keller’s class (Texas Tech) and Mrs. Gullion’s class (Virginia) vs. Mrs. Spriggs’ class (Auburn). Our building is excited to see whose team is victorious! 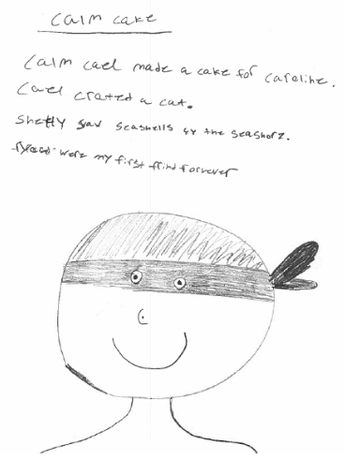 The 6th-grade language arts students have been learning about figurative language. We have been working on onomatopoeia, similes, metaphors, personification, hyperbole, alliteration and idioms. We’ve been using videos and music to learn these devices. It’s a lot of fun for the students and teachers! Pictured is an example of a student using alliteration to create a superhero name and then creating some alliteration sentences. 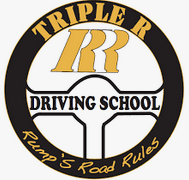 Driver Education is offered at Knoxville High School through Triple ‘R’ Driving School. There will be two summer sessions offered:

Registration forms are available HERE, in the high school office, or can be accessed from the website www.rumpsroadrules.com. Mr. Grimm & Ms. Bolton will be the instructors for this course.

For those families who qualify for free or reduced tuition, please indicate that on the bottom of the registration form you turn it (write “free” or “reduced” on form). As a reminder, in order to receive the free and reduced benefit, students must take drivers education through the school affiliated provider (Triple ‘R’).

If you have any questions concerning the summer driver education program at Knoxville High School, please contact Ryan Rump at 319-470-6975, or e-mail triplerdrivingschool@gmail.com. 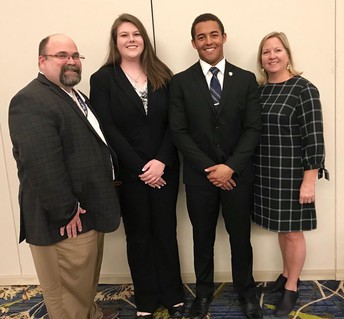 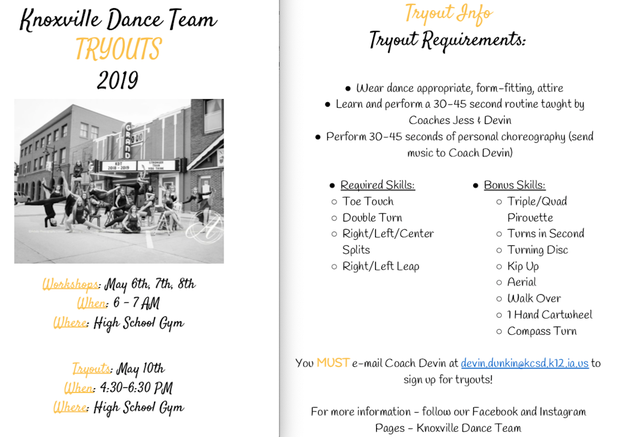 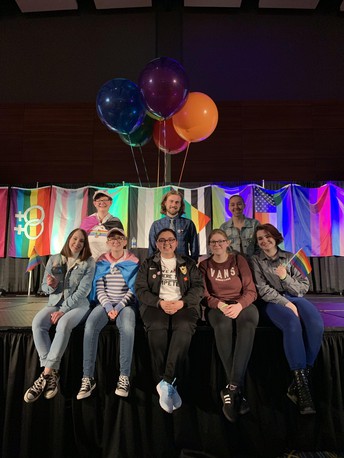 Knoxville High School students had the exciting opportunity to attend Iowa Safe Schools’ 14th annual Governor’s Conference on LGBTQ Youth in Des Moines on April 1st. The event—the largest of its kind in the nation—had 2,000 people in attendance, most of whom were LGBTQ high school students and their allies from all around the country. The purpose of the yearly event is to educate students and adults who are concerned with LGBTQ issues and to encourage networking and activism.

In the time between the keynote speakers, attendees were able to choose from a large assortment of educational workshops. The topics included religion, mental health, and drag queen makeup among many others. A variety of colleges, military branches, and local organizations also had tables set up to speak with students and show their support of the LGBTQ community.

Special thanks to Sheryl Moore and the AJ Betts LGBTQ Memorial Youth Fund for providing the funding to allow the students and chaperones to attend. AJ Betts was a student at Southeast Polk High School who committed suicide in 2013. Prior to his death, Betts had been bullied for his sexuality. Sheryl Moore, AJ Bett’s mother, set up the youth memorial fund to help other LGBTQ students attend events like the Governor’s Conference. 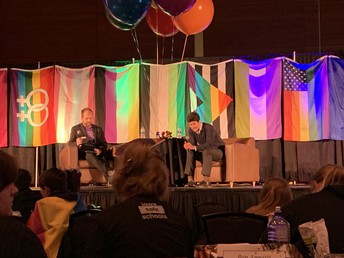 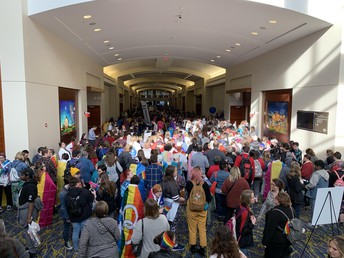 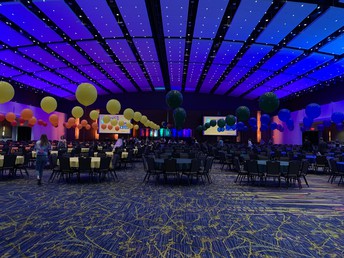 Shepard Scholarship. The scholarship honors Matthew Shepard, a gay student who was

beaten to death in Wyoming in the late 90s for his sexuality.

who openly identify as a member of the LGBTQ community. Atlee went through a

rigorous application process, which included letters of recommendation and a formal

interview in front of nine people, before being selected as a recipient. As part of the

scholarship, Atlee will receive up to $14,000 of funding per year of college and attend

workshops tailored for LGBTQ college students. Additionally, Atlee will be honored at a

If you have any questions about the scholarship process, or any other part of your journey, give us a call at 877-272-4692 or email ICAN@ICANsucceed.org. 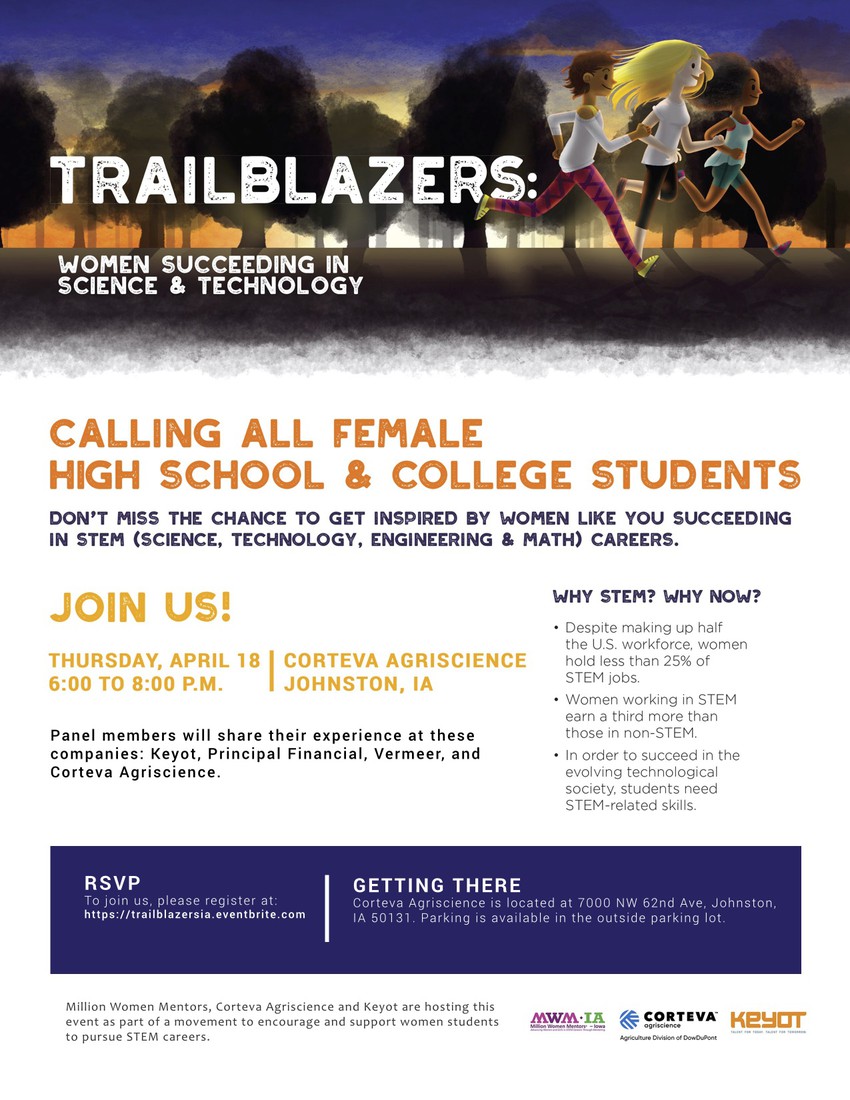 In case you missed it: Here is our plan for make-up days as of 2.26.2019. All calendars have been updated on our website to reflect the schedule changes:

As a reminder, our 2019-2020 Academic Calendar is also posted to help you plan for next year. 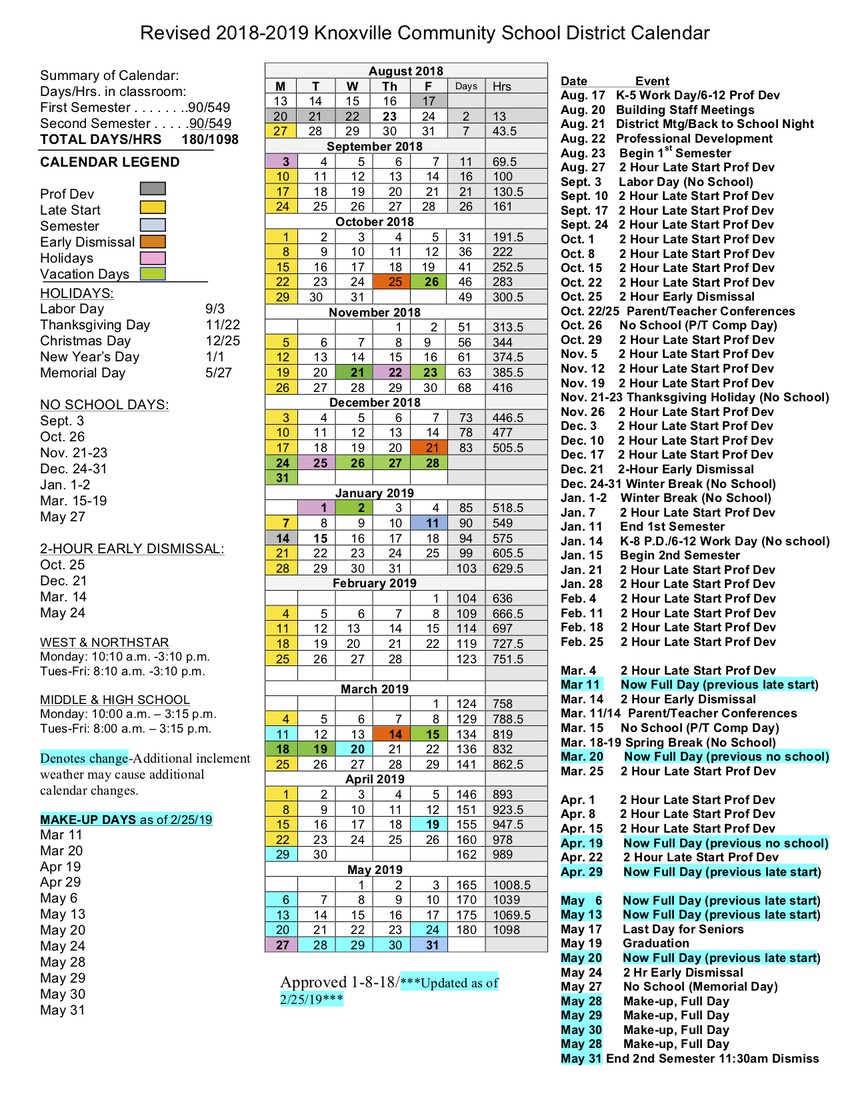 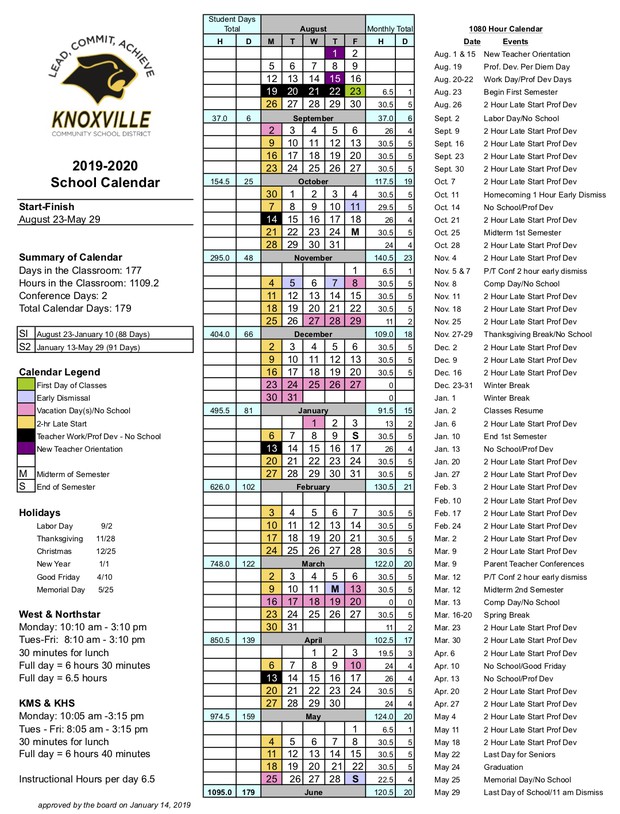 The school year is quickly winding down and it’s time to share some timely reminders for fall.

Will you have a Pre-School student in the fall of 2019? Here are the forms required for preschoolers;

Will you have a Kindergarten student in the fall of 2019? What an exciting and busy time. Just a friendly reminder of all the paperwork required before school starts in the fall:

There are immunization requirements for Fall 2019. There is no grace period so:

Up-to-date vaccine records must be turned in before the first day of school in the fall so your student can be in school!

7th grade: in addition to the Tdap requirement already in place for 7th graders, the NEW requirement is for 1 dose of Meningococcal vaccine on or after 10 years of age and grade 7 if born after September 15, 2004.

12th grade: Requirement is for TWO doses of Meningococcal vaccine for those entering 12th grade if born after September 15, 1999 OR 1 dose if received when the student is 16 years of age or older. 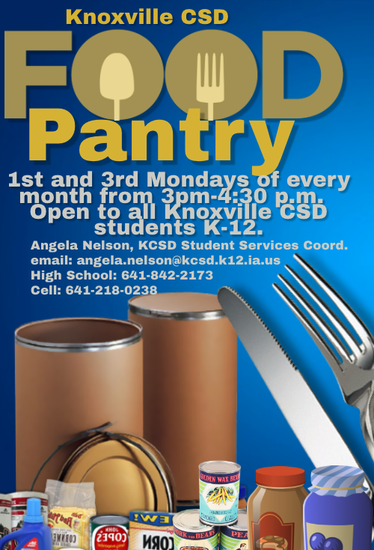 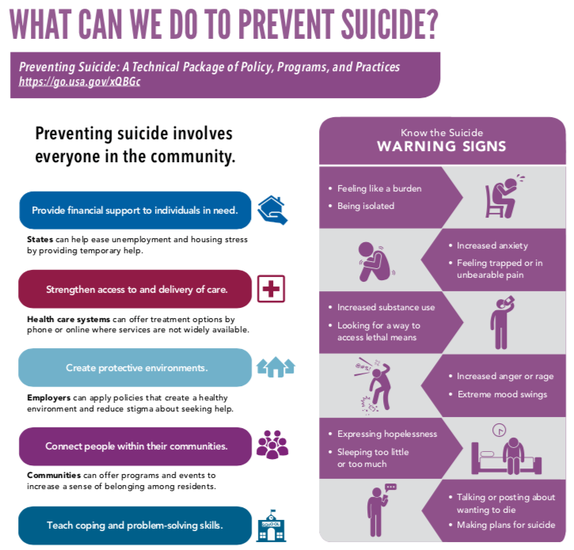 The Knoxville Wellness Committee will sponsor a youth track and field meet on Saturday, May 25th, 2019. We are inviting kids from throughout Iowa to compete in five different age groups. Age groups (as of May 25th, 2019), information and entry form are as follows. 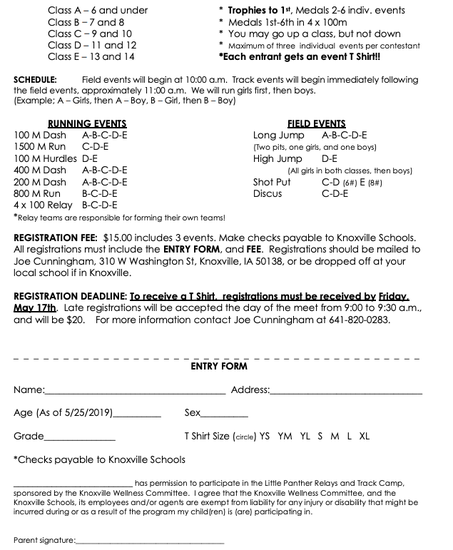 To Purchase & Customize Your Yearbook

Must be a parent or student 13 years or older. 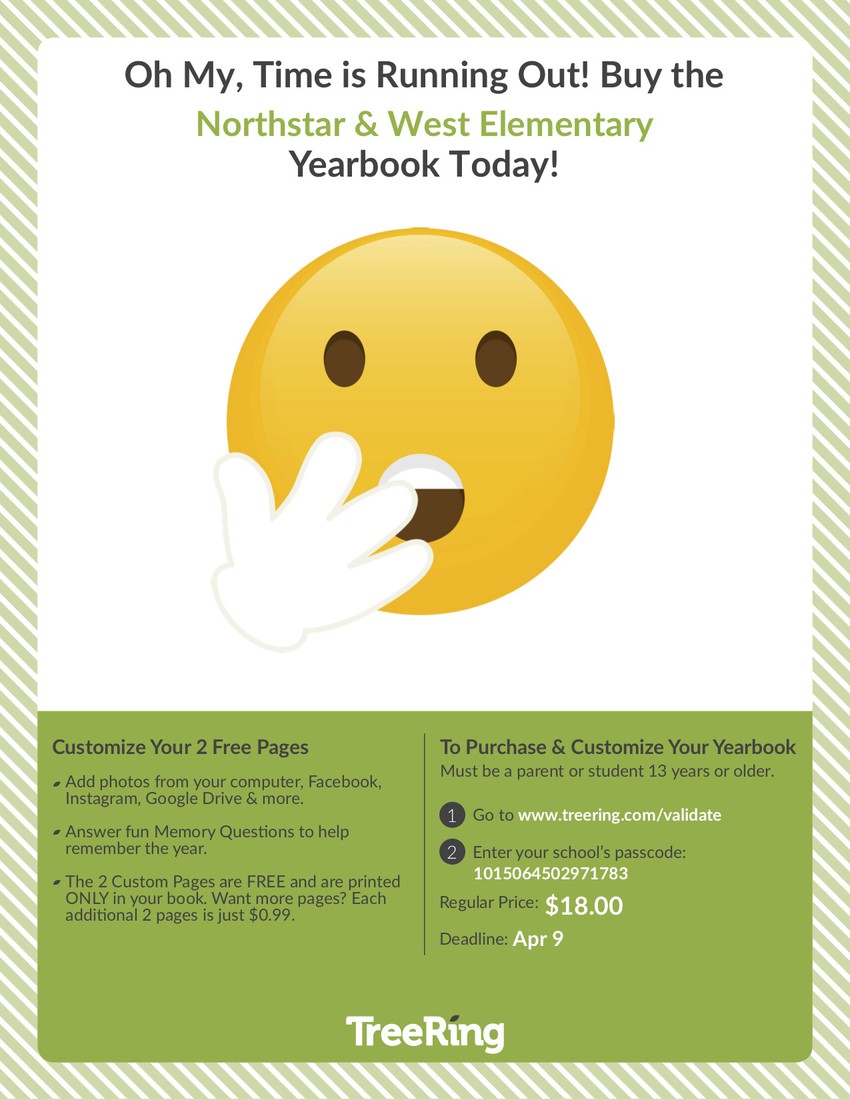 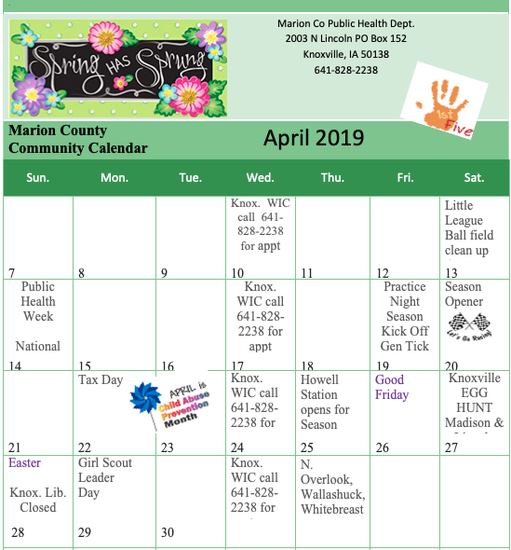 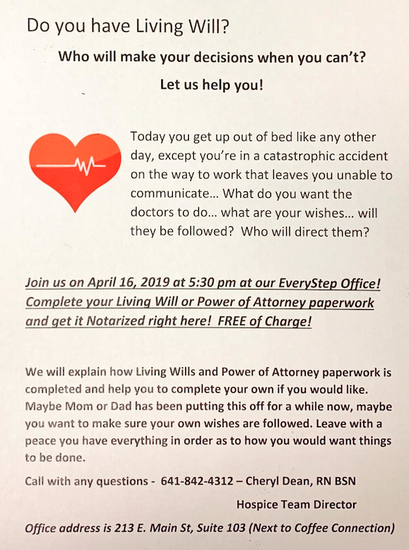 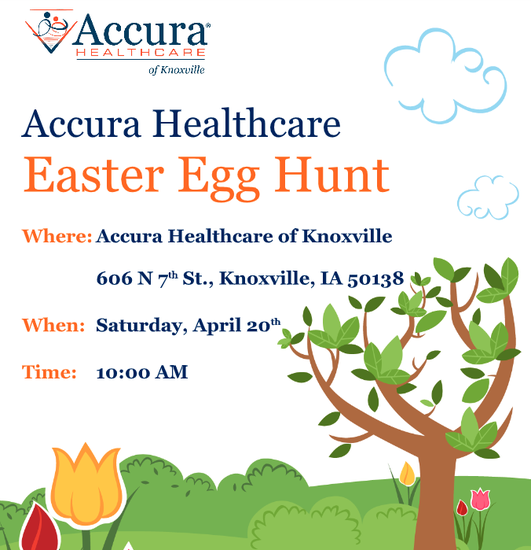 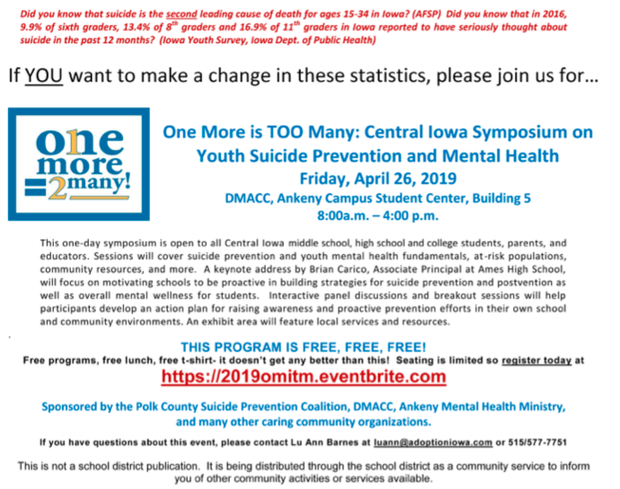 The Panther Press is a weekly collective newsletter for parents & community members. If you have an article or flyer to share, please submit to Lisa.Willis@kcsd.k12.ia.us for consideration.

Rate us on greatschools.org! 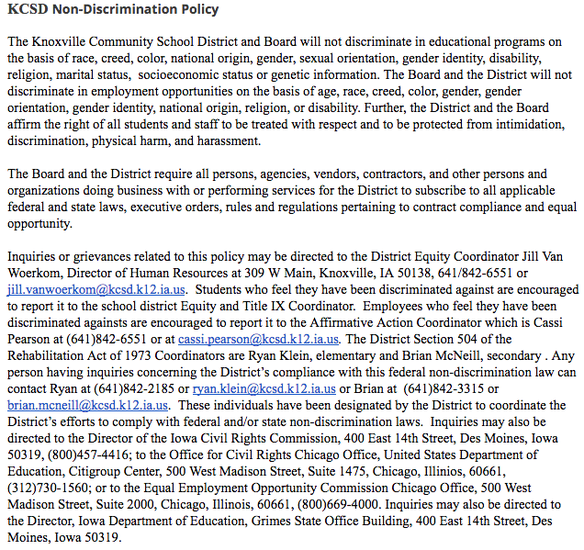