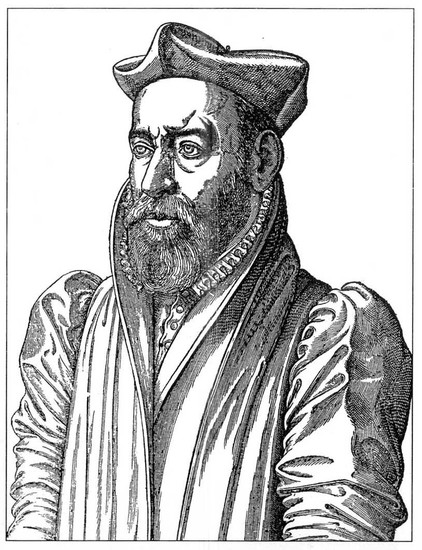 Philibert de l'Orme was born 1510 in Lyons, France and died 1570 in Paris, France. To study architecture Philibert studied the ruins of ancient Rome for three years. He eventually made it to Paris where he would spend the most of his life. Philibert worked for Henry II, Diane de Poitiers, and the family Bullioud until Philibert was forced into retirement after Henry II died.During his retirement he wrote two architectural books Architecture and Nouvelles inventions pour bien bastir et à petits frais. In his life time Philibert was part of humanist circles and was employed to build buildings based on classicism and his architectural sketches often use perspectivism. 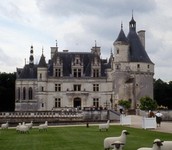 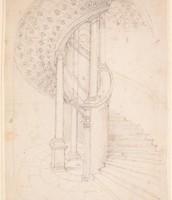 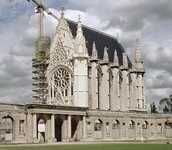 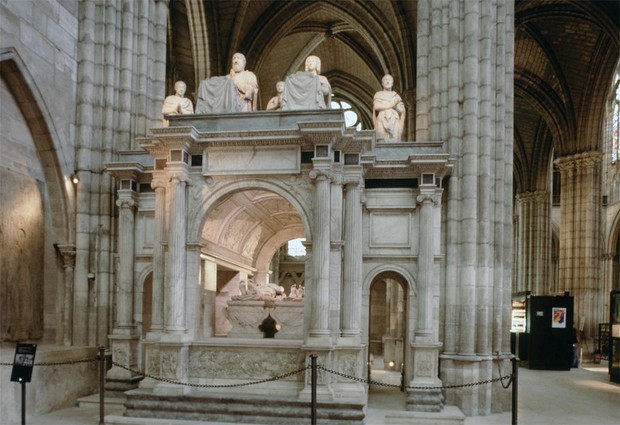 Royal Abbey Church of St.-Denis was built in Paris, France by Philibert de l'Orme. A church with large vaulted ceilings and large stone columns. An ornate marble tomb decorates the church there are seven carved people into the sculpture. The sculpture is the Tomb of François I and Claude de France and was funded by Henry II. Royal Abbey Church of St.-Denis is a Gothic church because of the lighting. The church would categorize as classicism because of the Roman like architecture with vaulted ceilings, columns and arches. I choose this because it was mentioned in both biographies about Philibert de l'Orme and there was a photo in Artstor.

A photo tour of Royal Abbey Church of St.-Denis