What is Recombinant DNA?

A plasmid is a small, circular, double-stranded DNA molecule that is distinct from a cell's chromosomal DNA. Plasmids are common in bacterial cells and sometimes occur in eukaryotic cells. When it comes to rDNA, plasmids are referred to as vectors. Researchers can insert DNA fragments or genes into a plasmid vector, creating a recombinant plasmid. This plasmid can be introduced into a bacterium by the process of transformation. Then, because bacteria divides rapidly, they can be used as factories to copy DNA fragments in large quantities.

How is rDNA Created?

The fist process, Transformation, begins by selecting a piece of DNA to be inserted into the vector (ex. plasmid). Next, you cut the DNA by using a restriction enzyme. Then, ligate the DNA insert into the vector with DNA Ligase. The vector is then inserted into a host cell. A common example of a host cell is E. Coli. These host cells must be specially prepared to take on forgien DNA.

The last process is called Phage Introduction. Phage introduction is the process of transfection, which is equivalent to transformation, except a phage is used instead of bacteria. A phage is any group of viruses that infect bacteria.

All three process are used for the same purpose. They are used to mix the DNA of two different organisms. By taking a strand of DNA from one organism, and inserting it in another organism's DNA, we have created recombinant DNA. 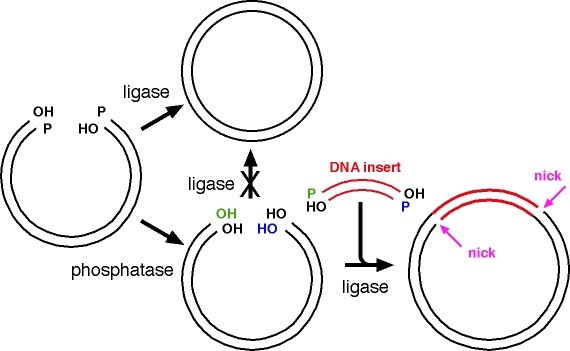 How is it used today?

Recombinant DNA can be used in many ways today. By genetically modifying organisms, we are able to produce insulin, recombinant pharmaceuticals, and better crops. We can also treat cystic fibrosis and sickle cell anemia.
Recombinant DNA Technology | Genetics | Biology

Transgenic animals are animals that have had a foreign gene deliberately inserted into their genome. The most common transgenic animals are mice. Such animals are most commonly created by the micro-injection of DNA into the pronuclei of a fertilised egg which is subsequently implanted into the oviduct of a pseudopregnant surrogate mother. This results in the recipient animal giving birth to genetically modified offspring. The progeny are then bred with other transgenic offspring to establish a transgenic line. Transgenic animals can also be created by inserting DNA into embryonic stem cells which are then micro-injected into an embryo which has developed for five or six days after fertilisation, or infecting an embryo with viruses that carry a DNA of interest. This final method is commonly used to manipulate a single gene, in most cases this involves removing a target gene. The first transgenic animal to be introduced to America was the GloFish. GloFish are fish genetically engineered to glow under a black light. 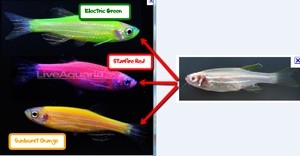 Ever since recombinant DNA was introduced in the 1970's, there has always been different opinions on wether it's good or bad. Some people argue that the long term effects on humans is unknown and could be dangerous. Others argue that genetically engineered crops are more resistant and help society. I think that rDNA can be a major help to society if we use it correctly. I think that using it to create new medicines can help fight diseases that we haven't found a cure for. However, I do not think we should be inserting human DNA into tomatoes and peppers to make them grow faster like they do in China.