A Guide to Netiquette for Successful Online Communication

A Guide to Netiquette for Successful Online Communication 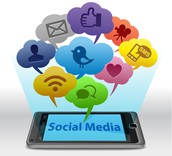 What is Social Media?

Social Media is defined by Meriam Webster as “forms of electronic communication through which people create online communities to share information, ideas, personal messages, etc." You could probably name more than most teachers, but Facebook, Instagram, Twitter, Snapchat are common forms of social media. While they are second nature for many students, it is vital that you are smart about communicating on social media.

True Story: One of my best friends moved to New York City to follow her dreams. After not getting any call backs for interviews, she finally decided to google her name, and was shocked to find what popped up. She found an old picture from over ten years prior in high school that included her name, and a caption that could appear to be inappropriate to someone without the background knowledge.This led her to believe that potential employers googled her as well, and the picture and caption caused them to overlook her for the position.

Life lesson? What you do online today will impact tomorrow.

Follow these guidelines to ensure you are using appropriate netiquette when communicating online.