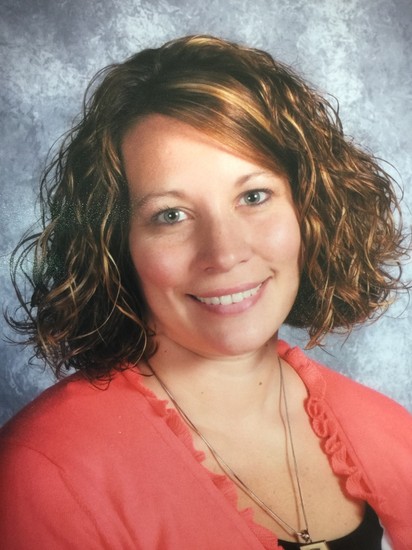 When Sandra Raichel was a child, she did not like science.

“It was hard and uninteresting,” Raichel said. “I think that if I had a teacher who was more excited about it and made it more interesting, I would have liked it better.”

It was not until college that her opinion on science changed because of the impact one professor had on her life.

“My love of science started in college. I had some really great professors and took some cool classes,” Raichel said. “One professor, in particular, led me to my love of biology.”

The more science classes she took, the more her passion grew for the subject. While studying to become a respiratory therapist, Raichel found a passion in biology.

“Although I am interested in all forms of science because science is what makes our world go round, my favorite is biological sciences. I enjoy going out in nature and studying animals and their habitats. My favorite class in college was field ecology, where we did water testing on rivers, lakes, creeks, etc. I loved seining for organisms found in the bodies of water.”

Raichel saw firsthand the impact a teacher can have on student’s life and switched her major from respiratory therapy to education.

“I think teaching as a career has always been in my mind. Even when I was in respiratory school, I thought about eventually teaching it. I even did a college instructor internship when attending Indiana University Southeast,” Raichel said.

Not only did her professor impact her life, Raichel’s parents were strong supporters of education, especially her mother. Raichel’s mother was a professor and dean at the University of Louisville.

“My parents have always been my biggest supporters. My mother always made it known how important school and our education was. She put herself through school to become at first an accountant, then a Certified Public Accountant, and finally a professor and a dean. She was always very proud of her accomplishments, particularly because she was a successful woman,” Raichel said. “I have always looked up to her for her contributions to society and the love and caring she shows to her family. She took that same passion into her classroom.”

After attending Indiana University in Bloomington and IUS in New Albany, Raichel earned her bachelor’s degree in biology and elementary and middle school teaching licenses with an endorsement in science. However, she did not go immediately to the classroom.

“When I was 21, I had a friend who worked at the Juvenile Detention Center in Clark County. I needed a job, so she got me one working there. I spent four years at JDC, eventually becoming a lead supervisor. I decided during those years that I wanted to work with elementary- or middle school-aged children,” Raichel said.

At the JDC, Raichel would have daily interactions with each child there, monitored phone calls and visitors, supervised all the times when the children were eating, had free time, and used common areas. She would see children as young as 9-years-old, but most of them were ages 11 to 17.

“You could only form limited relationships with these kids, we weren’t even able to tell them our last names. They would go through whole group counseling, and we would try to talk about their problems and ways to do better,” Raichel said.

After four years there, Raichel wanted to help students before they ended up at the JDC.

“At times, it was a very emotionally trying job. There were times when the workers received a lot of extreme verbal abuse from some kids, and there was actually a riot at one point when I was there,” Raichel said. “I felt that I was better suited to try to make a difference before kids ever got to that point, so I chose to go into teaching. I originally planned to work with elementary students, but middle school science kind of fell into my lap. Once I started teaching in middle school, I loved it.”

Though Raichel’s job at the JDC took a toll, she said her experience there does benefit her in the classroom.

“Obviously, the kids at school are not as rough around the edges, but I do think that I have a better understanding of what kids go through that no one knows about. I am able to be firm with my students, yet empathetic to things happening in their personal lives,” Raichel said.

For eight years after JDC, Raichel worked at another nearby school district, Greater Clark County Schools, before starting at Scottsburg Middle School this year. She also received her master’s degree and attended Indiana Wesleyan University for her master’s degree plus 30 credit hours.

“I am really enjoying this new adventure. I cannot think of one disadvantage to my decision to change school districts. I love my spacious classroom, smaller class sizes, and having more time to teach my students. Scottsburg Middle School is a great school, and I am proud to be a new member of this family,” Raichel said.

From the lessons Raichel learned as a student and as a lifelong learner, Raichel hopes to turn her students’ opinions on science to positive ones.

“Science can be a difficult subject. I hope that students have fun learning about science and that they learn the importance of science to our lives,” Raichel said. “I am proud when I turn ‘science haters’ into ‘science lovers.’”

The impact that teachers have on the lives of their students rings true in Raichel’s. In her classroom, Raichel works to leave the same impression onto a new generation of learners at SMS. At Scott County School District 2, Raichel’s story is our story. Your story matters. You matter. 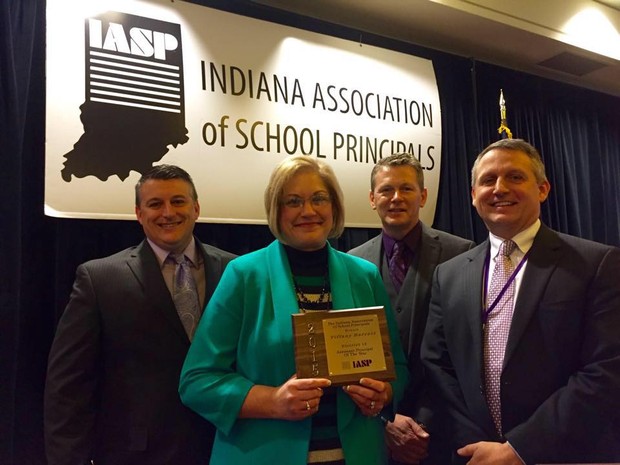 In everything she does, Tiffany Barrett puts her heart into it.

When she started at Scottsburg Elementary School, Barrett looked around the halls and realized she wanted to make a positive difference there. She gathered community members, school officials, city organizers, students, staff, and parents and went to work. The group started by painting the walls in the halls and classrooms, which had not been changed for many years. They transformed it into a bright, cheery environment fit for an elementary school.

“School improvement is at the heart of any educator, however, only the best educators put heart into school improvement,” Barrett said. “I begin with this statement to stress the importance of my belief that students, parents, and staff will only follow a leader who is invested. This is at the forefront of every action, every decision, and every thought I make for my school, and my district, each day.”

Her efforts did not go unrecognized. Not only did it help shape Scottsburg Elementary School into its Indiana Department of Education grade “A” accountability status, her efforts also earned her the 2015 State Assistant Principal of the Year award. She also won the District 12 Assistant Principal of the Year; the district consists of 10 counties in southwest Indiana, including Clark, Floyd, Harrison, Jefferson, Crawford, Ohio, Orange, Scott, Switzerland, and Washington counties.

“When I received the award, I was completely surprised,” said Barrett, who is now the principal at Vienna-Finley Elementary School. “ I never dreamed that I would be chosen from all the candidates. They were all worthy and do so much for their students. The real value in the award is in the people who have supported me to get to this point.”

Ten years before she started in the administrator’s chair, she was in the classroom as an elementary school teacher. Barrett, a Scottsburg High School graduate, returned to Scott County School District 2 to do her student teaching, and she did so well that she was asked to fill a maternity leave in third-grade at VFES when her student teaching ended. When she finished the school year at VFES, Barrett was hired at Johnson Elementary School for a full-time Kindergarten position. She eventually switched to third grade and was a third-grade teacher for the next nine years.

“I think I was born wanting to be an educator. I played ‘school’ with my cousins and sister when they were younger. I don’t think there has ever been a time that I didn’t know that was what I wanted to be,” Barrett said.

It was not until later in her career that she found out she wanted to be a principal.

“That is not something I originally set out to do and it wasn’t initially in the plan at all. I think it was something that I simply grew into,” Barrett said. “I have had the privilege of working with so many amazing teachers and administrators. I’ve picked up so many ideas and strategies from each of them that all fit together so well in the leadership role. I always wanted to go to new trainings and learn new things to make myself and our school better.”

The more time she spent sharing what she learned at conferences, trainings, and other professional development sessions, she was naturally placed into a leadership role at JES.

“The last few years that I was teaching, I felt very drawn to administration, even though I had no desire to leave the classroom. It was a bittersweet decision because I really had no reason to leave teaching, other than my internal desire to become a principal,”

Barrett said. “Although it was extremely scary and a little bit painful leaving what I was so happy doing, I feel like I didn’t really leave the classroom at all. I just have a much larger class now.”

After teaching at JES, Barrett was hired as the assistant principal at SES and elementary eLearning coordinator for the district.

“Once I became an administrator, my goal was to serve my school community as best I could and become as knowledgeable as possible in leadership skills,” Barrett said.

At SES, Barrett helped communicate with staff, parents, and students on all things technology-related and organize programs that led students and their families toward positive outcomes. She worked to improve student attendance, worked to celebrate the community through honoring veterans and bringing in community guest readers for Read Across America Day. She even scheduled a visit with State Superintendent of Public Instruction Glenda Ritz.

“My belief that it all begins with a single positive thought will continue to push and motivate me to not only do my best but to encourage the best out of those around me,” Barrett said. “The two years that I’ve been an administrator have been nothing short of amazing.”

After spending two years at SES, Barrett was hired as the principal at VFES in August. She was excited to come full circle and return where it all started.

“My hope is that my presence in our building makes an impact on students. Everything I do is for our kids, and kids are always first in my book,” Barrett said. “My hope is that I can help teachers get through all of the discipline, bookkeeping, and paperwork that goes along with the job and do what they do best — teach kids. My goal is to be better tomorrow than I was today.”

Barrett’s heart for her school and her community is what has made the difference. At Scott County School District 2, Barrett’s story is our story. Your story matters. You matter.