Your weekly guide to school news, information, and events.

Your weekly guide to school news, information, and events.

A Message from the Principal

As we approach Catholic Schools Week, I find myself contemplating my own journey through Catholic education. Someone once shared with me that to be an educator in Catholic schools is not just a career, it is a vocation. I can personally attest that it is indeed that!

Back in 2004, a good friend of mine approached me asking what I thought about trying to open a Catholic school in Gillette, where I lived at the time. I was thrilled at the idea! I didn't have the privilege of a Catholic education. I was born and raised in Gillette, so I had never even been exposed to Catholic education. I could only imagine what it would be like to offer a faith-based education to the kids of our community. We managed to wrangle together a group of like minded folks to approach our pastor about it. He in turn reached out to the Bishop, who recommended conducting a feasibility study. That was where it all began. Three years later, we opened the doors of the newest school in town...John Paull II Catholic School.

I have been an educator for many years, starting my career in 1993. However, at the time we undertook this endeavor, I had been out of the classroom for over 10 years, choosing to stay home and raise my children. My license had expired, and I didn't really have plans to return to education. I was out of practice and had settled comfortably into the world of accounting. That was about to change though! They say that sometimes a vocation comes as a whisper in the back of your mind from the Holy Spirit. Not for me....God sent it through a priest....Fr. Cliff Jacobsen, who persistently nagged me to renew my license...I was just the person they needed at the new school he said. He even went so far as to literally get down on his knees and beg! Who can say no to a priest on his knees begging?

After teaching at JPII for 12 years, my husband came home one day and handed my a piece of paper that showed a job posting for his "dream" position here in Cheyenne. He had stumbled upon it by chance while researching wage rates to present to the City Council in hopes of securing raises for the linemen who worked under him in the Electrical division. Moving from my hometown had never really crossed my mind...other than the dreaming we did together of our retirement. However, without thinking, I simply said, "Can't hurt to apply!" So he did, and was offered the position. Now it was a reality...at the age of 49, I was moving away from my hometown, my family and friends...in a way, starting over! I was terrified!

But God sent whispers again...an old high school friend lived in Cheyenne and had just gotten his real estate license. He would help us find a home. I put in an application at St. Mary's, having a love for Catholic education kindled at JPII. I had started my graduate degree in administration at Creighton a year earlier, something a previous principal had been encouraging me to do for almost 10 years. Over and over again, things just fell into place. I was supposed to be here.

When Fr. August asked if I could step in as interim principal just a few short months later, I was completely caught off guard! I wasn't even finished with my graduate degree yet! Granted, I was only a few months shy of completing my master's in Catholic School Leadership, but I never anticipated beginning my time as an administrator before I had even finished my coursework! By God's design, I'm sure, I happened to be taking a class on strategic leadership when I accepted the interim position. My professor was over the moon for me and the coursework I was taking integrated perfectly with what needed to be done...especially when Covid hit and we were forced to close the school for the remainder of the year.

Over and over again, my last few classes at Creighton matched up perfectly with the work that needed to be done...solidifying in my mind that God was calling me to this position. My husband teased me saying that we thought we were moving to Cheyenne for his job, but really, God just called me here through my husband's circumstances!

Catholic schools did not form me as a child, but they have certainly formed me as an adult. My faith has grown exponentially since I began this journey. I can only imagine what it will do for the children we work with every day! I pray that your journey in Catholic education, whether it be from your own childhood, or through your children's experience here at St. Mary's, brings you as much joy, faith, and peace as it has for me! I celebrate our school next week for the special family it has created for me here in Cheyenne. Each and every one of you make St. Mary's a special place to be. Thank you! 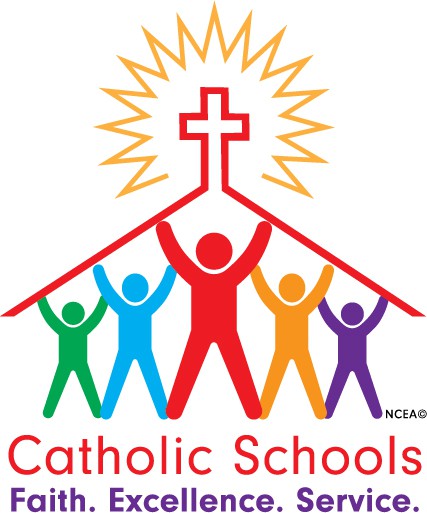 During our weeklong celebration, we have many events planned around the theme : Catholic Schools: Faith, Excellence, Service. Each day during the week, we celebrate a different aspect. The daily themes are:

Please note: Aftercare will close at 4:30 p.m.. for the Open House!

We hope that you will join us in celebrating St. Mary's School! 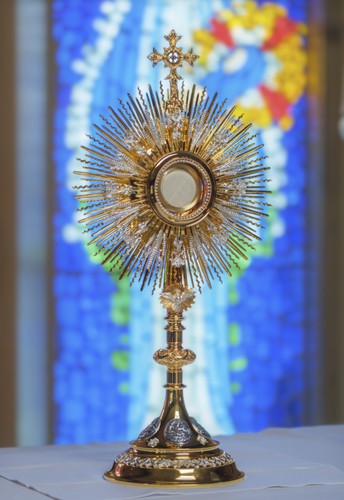 We are in need of a few more folks to come and pray during Eucharistic Adoration on Monday! It would be a wonderful opportunity to pray for our students, staff, and families of St. Mary's during Catholic Schools Week! I hope you will consider coming to spend time in front of the sacrament in prayer! Check out the link below to see open times in need of adorers! 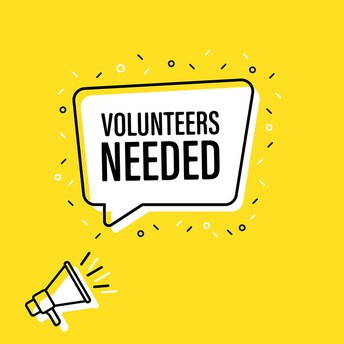 PTO is organizing volunteers for the following

We still need some help with volunteering for next week's activities! Please check out the PTO's sign up genius linked below to see where you can help! Thank you so much!

On Sunday, January 29, as we “Celebrate Our Parishes," we need the following:

On Monday, January 30, as we “Celebrate Our Faculty, Staff, and Volunteers.” we need volunteers for:

On Thursday, February 2, the Third and Fourth Grade Classes will be sponsoring the Bake Sale. Needed:

If you can help with any or all of these events, please sign up on the PTO’s Sign-Up Genius via the following link:

The PTO thanks you in advance for all your help! God bless!! 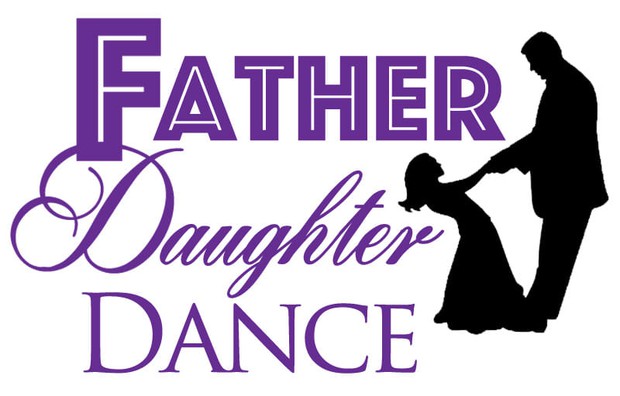 St. Mary’s Catholic School PTO is hosting a Father-Daughter Dance at the school on Saturday, February 11, 2023, from 5-7 p.m. The cost is $15 per Father-Daughter Duo; $5 for each additional daughter. The event includes a DJ, lots of dancing, and light refreshments. Pay at the door (cash or check only please). Come join us for this fun event! 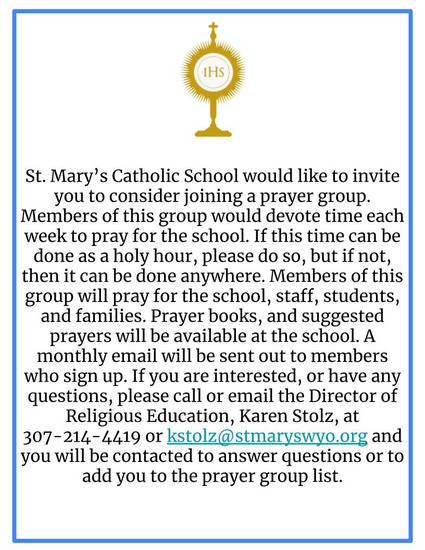 Tax statements are now ready to be picked up in the front office! Sorry for the delay!

Next Week at St. Mary's 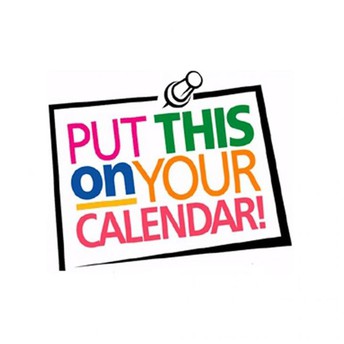 Follow the link below to see the St. Mary's School Events Calendar to see all upcoming events! 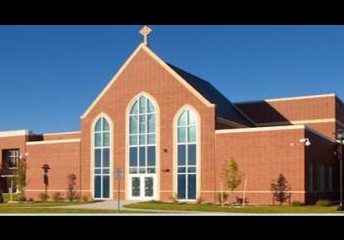 Follow Jennifer Bridges
Contact Jennifer Bridges
Embed code is for website/blog and not email. To embed your newsletter in a Mass Notification System, click HERE to see how or reach out to support@smore.com
close