Get email updates from Town Global:

Through the Halls of Town School and Beyond

Welcome to the latest edition of Our Global Town, a quarterly newsletter that highlights how our community works with and connects to our greater global and "glocal" community. Town Global Education Committee members Jessica Boualavong, Rachel Hollister, Lizzy Laidlaw, Flora Mugambi-Mutunga, Christine Park, Caitlin Shapiro, and Kim Stuart contributed to this newsletter.

Read below to see how our educators and students traveled near and far to engage in global community building. Please enjoy!

Town School for Boys builds students' inter-cultural competencies and character through academic experiences and global and local partnerships. Beginning with an awareness of multiple perspectives, students develop respect, empathy, and kindness through authentic inquiry and engagement. By fostering non-judgmental curiosity, teachers guide students toward a rich understanding of their own identity within the tapestry of their community, the importance of belonging and including others, and the value of acting as allies and engaged global citizens. 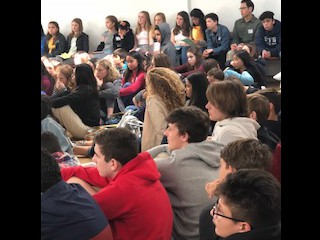 When San Francisco Friends School reached out last year to former 7/8 history teacher Antika Singh to see if her students had meaningful stories to share at a first-ever Youth Summit about “Awareness and Action,” she jumped at the opportunity. On May 4, 2018, six Town teen presenters spoke eloquently on topics such as the Rwandan genocide, solar panels, Black Lives Matter and mass incarceration, the Syrian War, the Israel/Palestine conflict, and Native American boarding schools. The students shared their projects with over 200 students from nine different private and public Bay Area schools. The five 8th graders and one 7th grader prepared slideshows, documentaries, a short story, and even an original rap to share their research and present specific calls to action.

Colin Rushing '18, who presented an original short story on the Rwandan genocide, was impressed by "presentations that opened my eyes to wide variety of topics I'd never even heard about. Even with the ones I had heard about, it was really interesting to hear other people's takes and opinions on their respective topics."

Most of the topics originated in an 8th grade history and Literate Writer collaboration, where students heard from a Holocaust survivor and read Elie Wiesel’s Night. They then selected injustices from around the world to write a research paper. The students were so inspired that they asked Anitka if they could do further research and complete independent projects.

Former Town student Rob Borsetti '19 drew inspiration for his independent project from another source. Earlier in the year he had been working on the 7th grade math Global Goals project, wherein students explored mathematically one of the 17 Global Goals set by the UN General Assembly in 2015 for a better world by 2030. Rob extended his research on renewable energy for the Youth Summit.

“What I was most impressed by,” said Antika, “was that in the short time given, the boys were able to refine their existing projects/presentations (some even created new ones), collaborate with others, and ultimately engage their audiences. Their presentations were experiential and encouraged participants to actively engage. For example, a group had their participants complete a gallery walk. I felt the boys really stepped up and showed a different side of themselves to a public audience of peers their age. Not an easy task!” 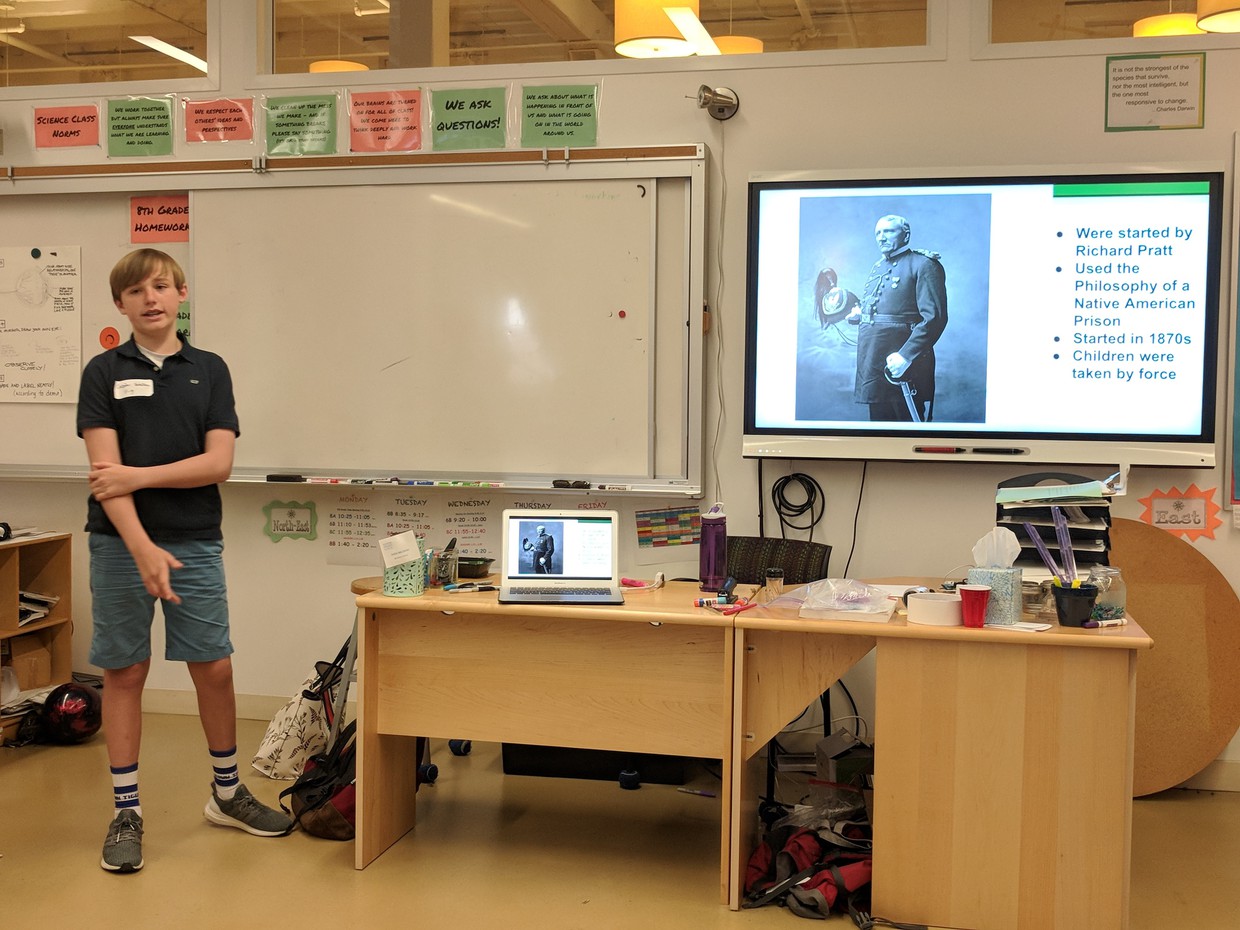 This summer, kindergarten teacher Rachel Hollister and first grade teacher Caitlin Shapiro journeyed to the Sacred Valley and Peruvian Andes and spent ten days exploring the question, ​“​What can​ ​we​ ​learn​ ​from​ ​Peruvian​ ​culture​ ​and​ ​innovative​ ​educational​ ​practices​ ​that​ ​will​ ​help​ ​us create​ ​effective​ ​student-centered​ ​learning​ ​experiences?​” and ​developing a Project Based Learning unit. Along with eleven other educators from across the country, they examined how the Peruvian education system, along with programs meant to disrupt the current education system, work in tandem to support populations that have been neglected, such as Quechua women who are often excluded from the economy due to lack of education and knowledge of the Spanish language. ​

Following a week in the town of Ollantaytambo, Rachel and Caitlin spent four days in a homestay in the rural town of Tancacc. While there, they had experiences farming, cooking, playing games, hiking, and spending time with their host families while developing a deeper understanding of Peruvian customs, culture, and the Spanish language. While they came into the experience nervous about the unfamiliar, they left feeling enriched by the ways in which their homestay families supported their community and showed appreciation and gratitude for even the most simple things.

Throughout the program, Rachel and Caitlin used their experiences visiting schools, engaging with local leaders, and meeting with non-governmental agencies to explore how they could create an experience in their classrooms that would build on global education. Following this experience, Rachel decided to explore community in her own kindergarten classroom while working to investigate the question, “How can we, as Town School students, build community by exploring other communities around us?” Inspired by a visit to a NGO which provided picture-based health and hygiene resources for non-literate Quechua populations, Caitlin has decided to investigate with her first grade students what access to and equity in healthcare looks like for different communities.

While impressed with a visit to one of the seven wonders of the world, Rachel and Caitlin will most fondly remember the people they met and the experiences they had together in Peru. 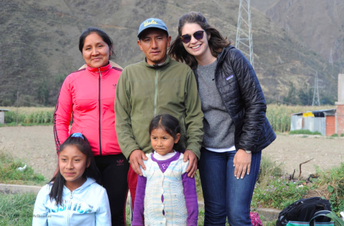 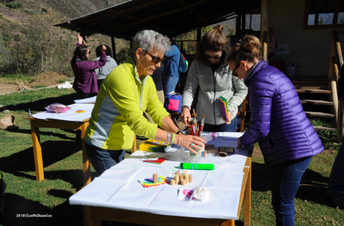 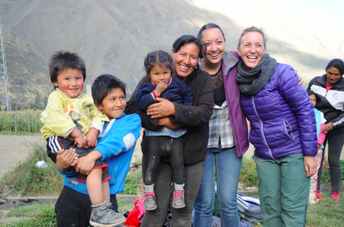 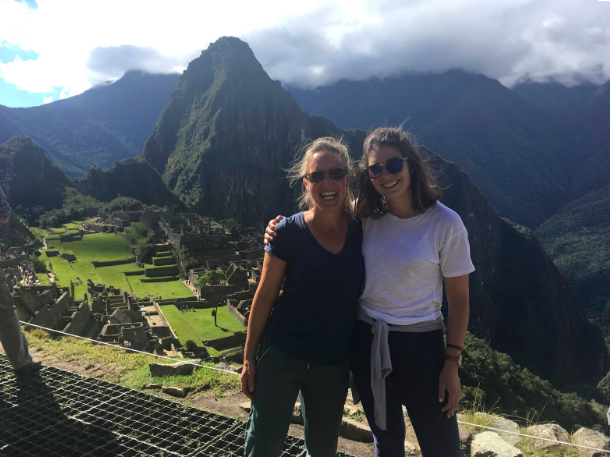 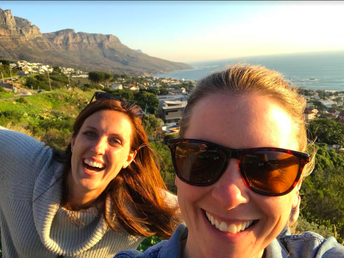 EdTech Summit Africa offers South African teachers free professional development in educational technology. Rooted in apartheid, schools in South Africa are resourced inequitably, often with no internet, computers, or ed tech teacher training in non-white public schools. But the scarcity of school resources did not stop local teachers from attending the Summit during their winter holiday, a testament to the spirit of innovation and curiosity in South Africa.

Prior to and during the Summits, Lizzy and Kim learned more about South Africa and the impact of apartheid by exploring Cape Town and Johannesburg. In Cape Town, they worked at Bandwidth Barn in the township of Khayelitsha, which provides tech access to the underserved community there; completed small presentations to adult tutors in a learning center located in a converted shipping container; and toured Robben Island, former prison to Nelson Mandela. In Johannesburg, they explored the township of Alexandra and visited the Apartheid Museum. These opportunities, in addition to their time living, working, and bonding with other Summit presenters, allowed them to produce engaging and culturally competent workshops. 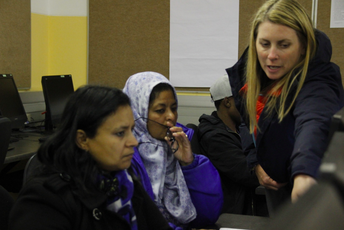 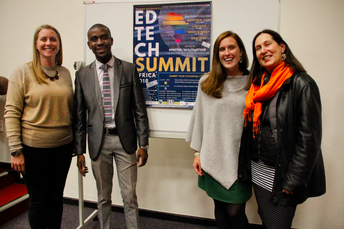 Kim and Lizzy with Kevin Baloyi and Karen Page 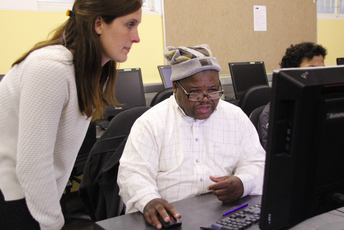 Looking to the Future in Australia

Head of School Lorri Hamilton Durbin, kindergarten teacher Louisine Frelinghuysen, and Director of Admissions Brooke Jenkins had the chance to travel to Gold Coast in Queensland, Australia for the 2018 International Boys School Coalition's (IBSC) Annual Conference hosted by The Southport School. The speakers and workshops focused on the theme, Our Boys, Their Future: Learning to Lead. This year marked the first time the conference has featured a Junior Years Track, aimed at early elementary educators

They met and heard from educators from all over the world, including South Africa, Canada, the UK, New Zealand, and Australia. Lou shared some of Town's work in her workshop Who Am I? Investigating Identity in Our Classrooms, and Lorri became a member of IBSC's Board of Trustees. Town shined at this conference with all of its contributions to the worldwide boys' school community. 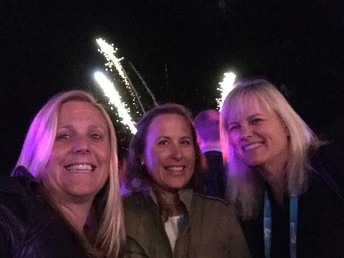 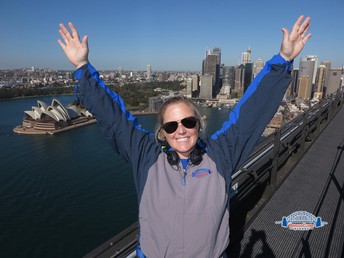 This is a living document of international teaching and professional development opportunities that are available for all teachers. When applicable, application deadlines and additional costs are noted.

Measuring progress towards the Global Goals

The UN Sustainable Development Goals are targets for global development adopted in September 2015, set to be achieved by 2030. Data across all available indicators from the Our World in Data database track progress towards these goals. 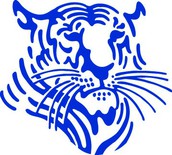 As an all boys’ school, Town provides a rich, challenging and rigorous educational experience that addresses the distinctive energy levels and developmental styles of boys. Town values being a diverse community that nurtures integrity, sensitivity and respect in its boys, and prepares them to become productive and contributing members of an ever-changing world.
San Francisco, CA, United States townschool.com