By: Julia, Kylie, Matt, and Sam

By: Julia, Kylie, Matt, and Sam

The Roman people created many buildings, techniques, and structures that are the focal point for most architectural buildings built in today's world. We have followed the example of the ancient Romans when talking about building structures and using techniques the Romans developed to build them.

How the Romans were influenced by the Greeks

The Greeks developed the idea of the column and the Romans adopted it to help make buildings more sturdy and stable. The three types were Doric, Ionic, and Corinthian. 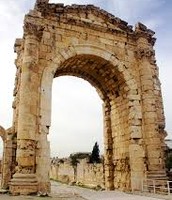 The Arch was a borrowed idea from the Etruscan's. The Romans used this building technique when designing and building structures. They used the arch to make buildings more sturdy and it benefited them because they used less materials. 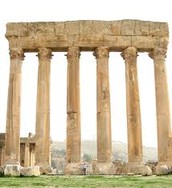 This picture is an example of columns being used from ancient roman times. These columns held up heavy materials and lasted for many years.

Importance of Architecture and engineering in Ancient Rome

How Architecture and engineering affected Rome's society and culture

Example: The people of Rome could always have a fresh source of water to drink, cook with, and bathe in.

Example: The Roman Roads, allowed the Romans to travel and communicate to other civilizations and people to spread their culture.

Important techniques and structures built by the Romans 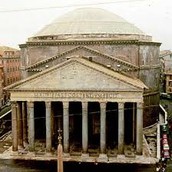 Legacy & Impact of Rome on the modern world