In tropical forests, species are abundant, making the food webs quite complex. For instance, in a desert or even a temperate forest, there are fewer species, but there are often many individuals of each species. In a tropical rain forest, there are many, many species but often fewer individuals of those species. That means there are more characters in the food web. Some examples of the organisms in a typical Central or South American rainforest are:

Every time in the rainforest

Trophic levels are groupings of organisms that share the same function in an ecosystem. Trophic levels arrange organisms into a who-eats-who hierarchy. Generally, the first trophic level has the primary producers. These are the organisms that make their own food. In other words, they are plants. Next up, are the things that eat plants. These are the primary consumers. After that are the secondary consumer, which are animals that eat other animals.It has been estimated that there may be many millions of species of plants, insects and microorganisms still undiscovered in tropical rainforests. Tropical rainforests have been called the "jewels of the Earth" and the "world's largest pharmacy", because over one quarter of natural medicines have been discovered there.[3] Rainforests are also responsible for 28% of the world's oxygen turnover, sometimes misnamed oxygen production,[4] processing it through photosynthesis from carbon dioxide and consuming it through respiration. 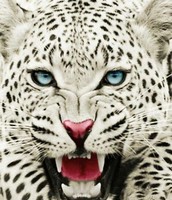 Rainforests are very dense, warm, wet forests. They are havens for millions of plants and animals. Rainforests are extremely important in the ecology of the Earth. The plants of the rainforest generate much of the Earth's oxygen.