Welcome back and a big welcome to our new parents and pupils!! I hope you were all able to enjoy a lovely Christmas break. I know that some of you unfortunately succumbed to colds and sore throats like I did - I hope these have passed. Interestingly , it seems that our boys are fit and well on the most part, and we have enjoyed an excellent attendance record for the whole school in these first three days.

I am sure that for most of us, Nativity plays, carol concerts and Christmas decorations seem a long time ago, although I would like to mention the achievements of one of our Year 2 boys outside of school. At Christmas, Joel Smith, who is involved with the drama company ‘Perform’ excelled in his roles on stage, singing solos, reading poems and generally acting like a superstar, and he gained much recognition from his instructors for his efforts. Very well done Joel.

We have already started on our academic work in earnest, and I have been joined in my office by some pupils who have clearly come back to school in the best possible frame of mind - their academic work has been marvellous, as you can see from my pictures below. I will also be telling you more as the weeks pass about some of the superb stories that I received from our pupils throughout the Autumn Term. When a pupil is engaged, inspired, wanting to learn and challenge himself, this is when he produces his best work. This was evident in some of these tantalising tales that I received from boys who were not expecting grades, marks, handshakes or suchlike for their efforts. They did these pieces of work off their own back because they love Creative Writing.

I would like to thank you for your patience if you have had to endure congestion in our car park this week. Whenever we have the situation where there are no after school activities, we are always going to be busy between 3.30pm-4pm - especially when we cannot use the grass as our overflow. The rain over the past few weeks has certainly put paid to that!!

Our assemblies this week focussed on reflecting on our achievements and then looking forward to what we are going to do this term to make people proud. There were some very quirky New Year’s resolutions from some of your sons…...it was great fun to hear them share their own targets!

So what have we got to look forward to this term? Parents' Evenings followed later in the term by our whole school Workshare, we have our musical performances for Year 3 and some solo Year 4 performances to look forward to. It is the football season and Mr Butterfield and Mr Barber have already been discussing formations, tactics and skill sets with the sports department. I have tried to impress upon the staff that we should be looking to play a very similar style of football to that of my beloved Liverpool FC……..you can imagine some of the responses that I had to endure!!!! Nevertheless, matches start next week for Year 4, 5 and 6. Some of our older pupils will also be experiencing some rugby sevens tournaments. There is a Year 4 Harry Potter Party, some Books and Bushcraft, general knowledge quizzes, visits from the Learning Dome, The Greeks and Electric Lego. Let us not forget the chess tournaments, Ridgeway’s Got Talent, Football Tours, Outdoor Expeditions, visits to the London Aquarium and the National Archives, hosting our own Football Tournament, our Year 5 French Breakfast, 3 for 3 charity work………..I could go on, but I think it is best summed up by stating that we are going to be busy, we are going to learn a lot, and we are going to have a great deal of fun!

Best of luck to our chess players who are competing on both Saturday and Sunday this weekend. There are Maidenhead and County matches going on in which our boys are playing and I hope to update you on their achievements next week.

I wish you all a peaceful and enjoyable weekend. 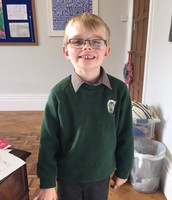 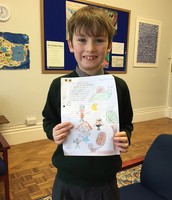 William Crofts and his wonderful poem!

Y3 kick off the football season!

Athenians vs Spartans in a Greek Battle!

It was great to see so many of you at our Christmas social and shopping afternoon. Now the new year has begun we are turning our attentions to The Easter Egg Hunt on 19th March, so please make sure it is in your diary.

Our first PTA meeting of 2016 is at 9.00am on Tuesday 19th January in the dining hall. As always, all are welcome.

In order to adhere to NHS guidelines and our own school policy we will not allow any pupil to attend school for a minimum of 48 hours after any episode of diarrhoea or vomiting . Thank you for your co-operation. 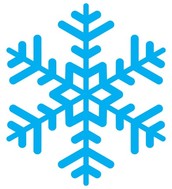 Wednesday 13 January - Y1 & Y5 experience The Learning Dome. This is a portable planetarium and is a powerful tool which projects images onto the roof of the dome, bringing The Earth and Beyond in a style pupils find entertaining and stimulating.

Thursday 14 January - Reception - Year 4 Parents' Evening. Letters have been sent out to parents.

Saturday 30 January - The annual Burns Night Supper will take place on Saturday 30 January 2016 at Senior Boys. All funds raised will support our Touring Sports sides. Please see the flyer for further information on how to book tickets.

Thank you to all those who donated clothing, footwear, hats and gloves before Christmas. The Salvation Army would like to say how grateful they were for all the donations received, without which they would not be able to support society’s most vulnerable people.

As the winter weather may be on its way, we ask parents to make sure that their boys have suitable warm clothing. This includes games lessons, where school tracksuits are an essential item of clothing. With the cold temperatures which could potentially be forecast for later in January and February, gloves and base layers are also recommended for boys taking part in outdoor sports and activities.

With your generous donations on leaving the church after the Christmas Nativity and Carol Service we were able to raise £573.04 which will be split equally between Thames Hospicecare and Leukemia Research . Thank you.

All music lessons commence next week.

Please note that lessons are subject to times/days altering so it is imperative that you check the timetable regularly thus ensuring boys have their music and/or instrument in school on the correct day. Thank you.

We would like to welcome Mr Jeff Stewart as our new singing teacher. He will be teaching choir on a Friday morning before school and singing lessons during the morning.

This week's Rabbit Awards go to Akash Rudrapatna (3Y) and Harry Newton (1G). Akash showed tremendous resolve and good sense over the Christmas holidays when he reacted to a difficult situation. Akash always tries to be his 'Best Self' and we are very proud of him. Similarly Harry is one of our pupils who is exceptionally well behaved and very thoughtful. Over the first few days of this week he has been caring and kind to his peers, helping them to clear their belongings and generally being an outstanding Claires Court pupil. We are very proud of them both and worthy Rabbit winners.
FOR JUNIOR BOYS SPORTS FIXTURES AND RESULTS.... 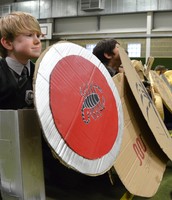 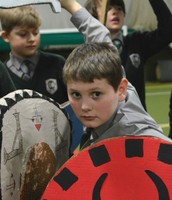 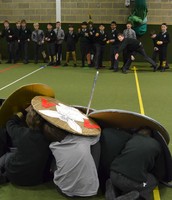