I and Montresor both were members of very old and important Italian families. We used to play together when we were teenagers.Montresor was bigger, richer and more stronge than I was. And he enjoyed making me look like a fool. He hurt my feelings a thousand times during my years college. I never showed my anger, however. So, he thought we were good friends6. But I promised myself that one day I would punish montresor for his insults to me. Many years passed, montresor married a rich and beautiful woman. Deep in my heart I hated him more that anything, but I never said or did anything that showed him how I really felt. When I smiled at him, he say "what a wonderful day my friend".
Late one evening during carnival season, I happened to meet montroser on the street. Montroser was go to party without fortunateo. I get anger when lies to me.he say to me "he was to a friends house". He didn't go, I had to get my revenge from him. Fortunato takes montroser to a basement to kill him. Montresor was caught so bad that he couldn't stand straight fortunato say"are you alright" .He say"Am fine". Fortunato say "do you want wine". Montroser drink the wine and dieds. The wine was poise. Dickes hole under the basement and barely him. Fortunato say "rest in peace my wealth friends."

The festival lantern burned brightly, drenching the people and stands in their colorful light. Crowds swarmed the plaza as I went stand to stand, people gathering to watch me, the master of wine, evaluate the rare wines that people claimed to offer their customers. Night fell and as the stars and moon rose I grew weary of my games, deciding it would be best should I return home.I never know if I could make to house. as i was singing the joyful music. My hat jingling with every step, the large Jester's shoes made it hard to walk and my mask hard to see, however I continued home in the dark with only a lantern to guide my way.When through the crowd of people, a man appeared. He wore a black mask, garment and cape and almost seemed to mix in with the night around him."Fortunato!" he called with a smile. He seemed more familiar with me than I with him. I took a deep breath, working up the last of my strength to support a good attitude towards the man. Smiling and waving in return as he made his way to me. We shook hands, as it is only polite for gentlemen to do such upon encounter."Good day to you sir. My, you seem to be in a hurry." I observed as the man furiously shook my hand, bouncing on the balls of his feet when he withdrew, like a child, excited about a new toy or privilege. The man nodded, Montresor, as I soon learned he was called."My dear Fortunato, you are luckily met. How remarkably well you are looking today. But I have received a pipe of what passes for Amontillado, and I have my doubts." Montresor said."How?" I asked amazed, barely able to fathom the idea of the rarity. "Amontillado, A pipe? Impossible! And in the middle of the carnival!""I have my doubts," He replied; "and I was silly enough to pay the full Amontillado price without consulting you in the matter." I stated, insulted that this man would trusteeship's judgment instead of mine."And yet some fools will have it that his taste is a match for your own.""Come, let us
go.""Whither""To your vaults." "My friend, no "I will not impose upon your good nature. I perceive you have an engagement. Luchresi ""I have no engagement come."

It is about two guys, Fortunato and Montresor. Montresor is seeking revenge on Fortunato for insulting him, so he came up with a plan to get back at Fortunato1. Montresor set up a whole plan, and set up brought everything there is to be needed2. When Montresor saw Fortunato, he greeted him with a fake smile. Montresor told Fortunato that there is Amontillado to be found. Later on, both of them continue to walk deeper and deeper into the trap. Fortunato, dressed in motley, while Montresor wears a mask of red silk. These costumes are appropriate for the roles of each Montresor and Fortunato because Montresor is a lovely person. The mask of red silk really reveals his personality in a way because the mask shows his true feelings/thoughts about everything. The mask shows his evilness darkness looking inside of him9. The color red suits him best out of all colors, because of his happiness side. Fortunatos costume is appropriate also because Fortunato is like a harmful person. He is like a tragedian himself, insulting other people, always so sad/gloomy and red from wine. The costume also suits Fortunato because he is quite knowledgeable when it comes to sober .
In the story, ?The Cask of Amontillado,? Montresor plays it all off with his doubts and niceness. "I have my doubts".Luchesi "My friend, no; I will not impose upon your good nature. I perceive you have an engagement. Luchesi" These quotes from the passage show how EVIL Fortunato can be. He plays it off really well, because Montroser fell for it and continued being stubborn. This is just as Fortunato planned.Montresor and Fortunato's costumes are appropriate for them because their costumes match their personalities and ways of thinking. Fortunato with his "mask of black silk," resembles how evil and dark he really is on the inside. The mask is just covering it all up. While on the other hand, Montroser's motley is always so cheerful and joking.

I am shocked that Mentressor has tricked me; I have been deceived!! I must escape for if I do not I will surely die of the niter rich air. My eyes search the room for something to break these cursed chains. I tug harder at them, even though I know it is no use. Maybe if I can find one with a broken edge, I might be able to use it to cut the chains. I reached for the mound, grabbing one of the stronger, less decomposed of my pickings. It looked sharp enough, but the niter has made me dizzy and my vision limited. The chains give way. I am free of the chains!! But I am still not free of the catacombs. I look towards the enter way, only to see a wall. Oh, that Montressor! He is indeed clever, I will give him that. I approach the wall and place my hands on it, testing its strength. It felt strong and sturdy, but I pushed against it anyway. Of course, as you would expect, it did nothing to move the wall. I still give it one last shove, but it still did nothing. I look back at the bones, searching for something, anything that might could give me some slim hope of escaping. Then I notice a bone with a thicker, slightly longer end to it than the others. I try not to think about what I was touching as I slowly pick it up. I felt the wall not decorated with bones. It felt moist and it had an earthy smell to it. Using the bone, I begin to dig into the wall. It feels although an eternity has passed since I left the chamber in the catacombs; I fear I may never reach the surface. I no longer know if which direction is up. My arms ache and my head were pounding. After what felt like forever, I finally broke the surface. It was midnight.I pull myself up from the hole and lay down on the ground, exhausted. I looked up and saw the dark twisted branches of a tree against the star scattered sky. I thought about how lucky I was to be alive at the moment, instead of being dead in the catacombs. Suddenly I was filled with a bitter fury that struck me to the core of my very soul.Mentresstor!. He tried to kill me. The more I thought about it the more anger I felt. Slowly a plan began to form in my mind.Montressor thought I was dead and gone. But I was not. I wanted him to feel the same terror of his life ending, the same terror I felt in the catacombs. But how I do not want to kill him. I could always report him. But I could just as easily kill him as well. But what a surprise it would be to him if I were to just appear at the carnival tomorrow night? I know something he will do almost anything to keep a secret. Oh, it excites me just at the mere thought! For me to just arrive out of the blue, acting like nothing has happened at all? Oh I can’t wait to see his face! 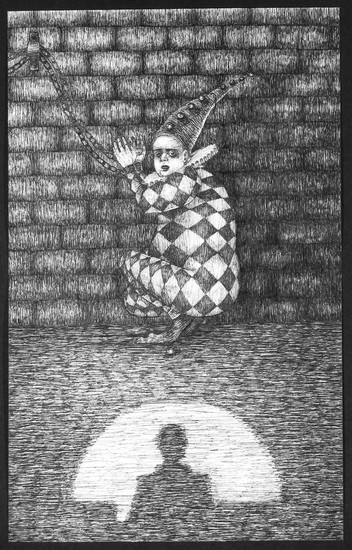 Warda was born in Bruco,Somalia. She move to unite state when she was 12 year old. she like to smile all the time. she has two sisters Warsan is 5 years old and Hibaq is 12 year old. She like to study. She like to study but she struggled in English. She loves her family. She spent most of her time with her sister. She travel in South Korean.Her favorite suject is math.

2A. Well my favorite drink is Drugs, and Alcohol,"i also love gambling to".

3Q. When you ware young many crush did you had?

3A. I had two crush but they died from Tuberculosis.

Follow sarah jama
Contact sarah jama
Embed code is for website/blog and not email. To embed your newsletter in a Mass Notification System, click HERE to see how or reach out to support@smore.com
close