The "Promise Land" for Quakers

The "Promise Land" for Quakers

William Penn established Philadelphia as a city in his newly founded colony, Pennsylvania. He named the city Philadelphia, Greek for brotherly love, as a symbolic hope for religious tolerance and peaceful relations. His motives for choosing this name also lay behind the religious persecution he had previously experienced. In short, Penn wanted Philadelphia to be a "safe haven" for everyone.

Research taken from Of the People and https://libwww.freelibrary.org/faq/faqsubcat.cfm?FAQCategory=59&subCat=87&namesubcat=About%20The%20City#1035 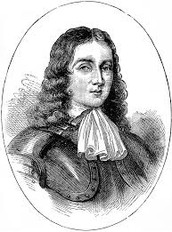 Our colony was founded by the Quaker, William Penn. The Quaker's suffered harsh persecution, and Penn was eager to come to the New World and establish a colony where he would be free from this oppression. We were greatly attracted to Pennsylvania – the colony Penn established – because it promoted self-government, religious tolerance, and moderate land rates. Our colony was very harmonious. Penn had set clear standards for us to live by and we respected and upheld his standards. He sought for us to behave and exercise order in our farming, land, and everyday life. Our colony became attractive relatively quickly, and soon there were countless communities arising. As our colony grew and increased rapidly, Penn’s desires for the colony were harder to maintain. Difficulties arose when different people groups pursued their own lifestyle rather than a cohesive society that Penn promoted. Even though Pennsylvania promised opportunity and was free from religious persecution, it fell into the snare of slavery. Many European immigrants became indentured servants, redemptioners, or slaves, completely opposing the colony’s original purposes. Soon, Pennsylvania would adopt laws that permitted slavery. How could it be that such a morally founded colony could become imprisoned to immortality so quickly?