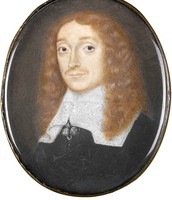 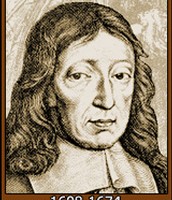 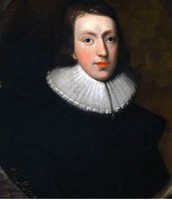 He was born December 9, 1608 in London. He learned a he school of St. pauls, then Christs college then Cambridge. Cambrge is when he began to poery. He became blind in 1651. He married three times two of them passed. He got aressted as defender common wealth. He died November 8, 1674.

He wrote a poem for a man named Edward who was drowned a sea. English poet that worked with William Shakespeare. He was a well known man. The way he contribution to literature/science/philosophy. He learns a way with language to remove words have a new meaning. His reputation for scholarship and literary genius. The subject of more commentary than those of any other English writer. He was one of the great epic writers. He was involved in the Renaissance movement. Worked with poets Homer. He took on Heaven, hell, love, war. They said he John Milton was believed to be the father of science. He didn’t really contribute to the actually knowledge. The reason believing he was good a writing science-fiction. He liked to write about the super natural. In Milton&apos;s Paradise Lost. It influential Mary Shelley Frankenstein by the monster Victor. The book was about a creature named Victor. It’s about the creature telling a story of how he was abandoned by Victor. The creature was left helpless and lonely with no one to love him and give him infection. He loses all hope because of all his acts and causes him to not be loved. He basically was he same as Frankenstein.

Nature is that which is inherited or genetic. Then, nurture which refers to all environmental influences. They have been debating what it is since they have been debating by the color eyes, curly hair, skin color, straight hair, and certain disease. Something they look for in men is height, weight, and the hair loss. Women you could look for breast cancer in them the most. Person who adopt an extreme heredity position are known as nativists. Nativists are a view of certain skills or ability. You also can study the evolution of a human or a genetic code. There is also I thing called the biological clock which is the type of behavior it also can turn on and off. It can change from the learning new things and different things and also on your influence in the childhood. An example could be when I baby receives love and infection. Just like elephant remembers when they were a hurt or abused. Just like when they looked up I.Q’s it showed that some races were very lower than others and that was because of the genetic factor. Also to believe that you inherit 80% of things from your parents. Now everyone knows that the debate was about and why it was caused.