Manahil is using Smore newsletters to spread the word online.

Get email updates from Manahil:

A feel into the future! - Manahil Ather

A feel into the future! - Manahil Ather

If we were to step in the future, who knows what we would discover! 44 years, 16,060 days, 385,440 hours, thats how far 2060 currently is from 2016. As humans, we don't really know what is going to come up next. Is it possible for the birth rate and death rate to be outrageously different than what it is currently? Could robots be running the world? We don't exactly have a way to say for sure, but we can always make an educated guess from the knowledge we already have!

Canada has a great immigration system. The population is made up of 97% of immigrants, leaving only 3% of which are original settlers. The government is very accepting towards new cultures, races, religeons etc. Creating a multicultural environment. As for the immigrants, around 250,000 immigrants are accepted all over Canada each year. Most immigrants come from countries such as China, India and the Philippines. There are most likely to be three types of immigrants. Economic immigrants (skilled workers and/or business men), family immigrants/sponsors (children, grandparents, dependents, parents etc.) and refugees. For immigrants, in order to apply as a skilled worker, you must score a minimum of a 67/100 immigration acceptance. You should also have original proof of foreign credentials (diploma, certificate and/or transcripts). The immigration system is time consuming but worth the wait for a better quality of life!

In 2060, Canada is likely to still accept immigrants from all over the world. As years pass, the population will increase but it will most likely increase slowly considering the reproducing population is very young at the moment. Now that Canada is made up of 97% of immigrants, it is likely that the immigrant percentage will go up possible near 98%. Leaving only 2% of original settlers. At some [point, Canada may have to stop accepting immigrants is Canada will become more over populated than it already is. There is a potential for our resources to slowly come to an end.

This graph represents the amount of people that have immigrated to Canada from the years 1860-2010.

Canada has a wide variety of Jobs available for qualified immigrants.

Canada's demography is very diverse. The recent birth rate is 1.61 children (according to studies in 2012). The birth rate seems constant when there is a safe living environment, improvements in medicine, good health care and good sanitation. In areas of high, good quality education and good jobs for women (mostly in urban areas) less children are produced. It has been shown that when all of these apply, adults are more focused on their own lives than creating a family. The death rate is currently 7 deaths per 1000 people. Canada's death rate has been rising from 2009 and continues to grow today. The population for people 15 and younger takes up about 17% overall. Most of the Canadian population ranges from ages 15-64 (69%). People from the age of 65 or older take up about 13% of the population. Canada's life expectancy is around 81.76% which means an average person who lives in Canada will live a long and healthy life. This is good because that mean as a country, we run smoothly and have a good health care system with efficient technology. This is helpful when attracting immigrants.

The population rate is expected to increase, but slowly. The population growth rate may not rise as much as we expect it to for many reasons. One, including that not all famillies want more than around two children. The second reason is that many adults would rather focus on their own careers rather than having a family. Lastly, not all families will be able to afford basic needs with the expense that's going around. The death rate should not increase very much in 2060. This is because the health care system will be better and the technology will also improve. As for the natural increase rate, it will become lower due to the low death rate. The average Canadian life expectancy rate will be higher because of the improvements in medicine and health care.

There are three types of First Nations who live in Canada, the Inuit, Aboriginals and Mètis (offspring of the Native and European Settlers). Currently, most Aboriginals are legally registered "status indians". For whatever reason, if the person is not registered as a "status indian", they would still identify as an Aboriginal. The Indian Act that the government created put a larger burden on all the Aboriginal people. They were told that they would receive a better quality of life but when in reality, they were given the exact opposite. The Indian Act took control of all and any of theFirst Nation people. Children were taken from their homes at young ages and were sent to residential school. Their religion, culture and traditional were stripped of them. Leaving them to be an ordinary person with no values and knowledge of their background. Today, the First Nations people know about their culture but still live a low quality of life. Receiving low quality of education and healthcare.

I don't think that the First Nations lives with change drastically considering the the Indian Act is still in place (unless the act is over ruled) . If their lives do change that would be great! Currently, many people are trying to raise awareness of the daily struggles First Nations go through. I do believe that the First Nations have a chance to live a better quality of live in the near future.

Before You Arrive in Canada
This video explains the process and what you should do before you immigrate to Canada. For the people that haven't immigrated to a different country before, this video could really help put them in the shoes of new immigrants. 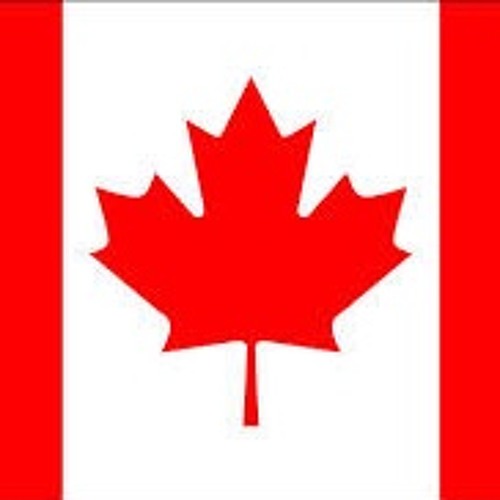 In 2060 Canada could drastically change, or it could stay similar to what it is in 2016. As humans, we only know to a certain extent. As you read above about the population, birth rate, death rate, life expectancy, First Nations and demography. Almost anything can change!

Manahil is using Smore newsletters to spread the word online.