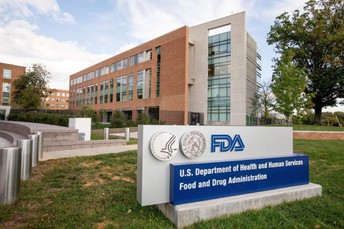 The Food and Drug Administration called out 15 retailers on Monday for allegedly selling tobacco products to minors and requested information from more than 40 e-cigarette companies the agency thinks may have illegally introduced new products onto the market.

The agency named corporate-owned and franchise retailers who were allegedly found selling tobacco products to minors more than 15 percent of the time since the FDA started conducting inspections 2010. These retailers include Walgreens, Walmart, Kroger, 7-Eleven, Family Dollar, BP and Citgo. FDA Commissioner Scott Gottlieb said in a statement that he plans to ask these companies about what policies they have in place and what more they plan to do.

He sent Walgreens a letter on Monday requesting a meeting with its management team. Last month, Gottlieb said Walgreens was the top violator among pharmacies that sell tobacco products. Some 22 percent of Walgreens locations inspected by the agency caught employees illegally selling tobacco products to minors, the FDA said in a press release at the time.

Walgreens in a statement said it welcomes the opportunity. The drugstore chain said it has a “zero tolerance policy” regarding selling tobacco products to minors and any employee caught violating it is subject to immediate termination. Walgreens said it’s also promoting tobacco cessation in its stores.

“Retailers are on the frontlines of these efforts to reduce the health consequences of tobacco use and nicotine dependence,” Gottlieb said in a statement Monday. “Walgreens, and other retail chains, should take seriously not only their legal obligations, but also the substantial public health importance of preventing tobacco product sales to minors at their stores.”

The FDA also sent letters to more than 40 companies the agency suspects may have introduced e-cigarettes to the market without first getting the FDA’s permission. Starting in August 2016, the FDA has required manufacturers to submit new products for review before selling them.

Juul, the market leader, hit shelves in 2015. As Juul has gained popularity over the past year or so, dozens of look-a-like products have entered the market, possibly in violation of the FDA’s policy. Gottlieb said some of these companies may be trying to “capitalize on the troubling popularity of products like Juul among kids.”

“If tobacco products are being unlawfully marketed and sold outside the FDA’s compliance policy, we’ll take action,” he said Monday. “We simply cannot tolerate this behavior and will take additional action as needed.”

The FDA also sent warning letters to several companies for selling e-cigarettes without a label warning consumers they contain nicotine. 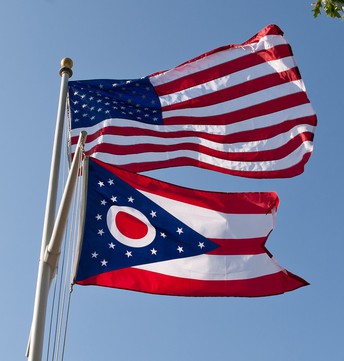 Ohio is a leader in approach to battling opioid epidemic, AMA official says

By Bethany Bruner
The Columbus Dispatch

A newly published study shows that the opioid epidemic is occurring in waves — and that Ohio might be a model in stemming the tide.

The study in the Journal of the American Medical Association found that Ohio had a 121 percent annual increase in the number of people who died from overdosing on synthetic opioids, such as fentanyl or carfentanil, between 1999 and 2016.

In 2016, a little more than 21 of every 100,000 Ohio deaths were from synthetic opioids. That equated to about two-thirds of the total opioid overdose deaths in Ohio, which was nearly 33 people per 100,000, according to the research.

The study also identified three separate waves of the epidemic, beginning with prescription drugs, transitioning to heroin and moving to synthetic opioids.

The increase in opioid deaths rose again in 2017, largely due to synthetic opioids, but preliminary data show that the tide might be turning — with numbers for the first half of 2018 showing a decrease in overdose deaths.

That decline, coming amid a multifaceted approach to facing the epidemic, puts Ohio as a leader in the public health field, said Dr. Patrice Harris, president-elect of the American Medical Association.

Harris, who also chairs the AMA’s opioid task force, said Ohio’s multiple efforts to focus on treatment and access to treatment has helped spur the decrease, something other states are looking to replicate.

“The policies that are put forth today that are based on facets of this epidemic from 10 years ago, we won’t get to solutions,” Harris said.

She said the study shows that Ohio’s approach, with increased access to naloxone, an opioid overdose-reversal drug; harm-reduction programs, such as needle exchanges; and focusing on treatment availability is working.

“When we are talking about delaying care in this epidemic, that could mean death,” Harris said.

She said studying data can help guide policies moving forward and to analyze the effectiveness of the policies to adjust them as necessary.

“This study is highlighting that the solution that works in Ohio may not be the solution for California,” she said. “It really looks at the differences in the states and regions and how we’ll have to work together for solutions.” 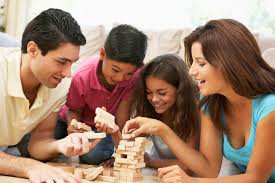 When it comes to digital devices, it’s the parents’ responsibility to ensure that proper control is in place. It’s crucial for parents to be aware of what their children are doing and with whom they’re communicating when using this technology.

Set an agreement whereby parents have the right to check the children’s gadgets without notice. Run unannounced inspections from time to time. Also, take note of their emotional state. If you notice some unusual behavioural changes and they seem to lose focus, there may be some issues bothering them.

Without proper control, digital usage can lead to digital addiction. Gadget addiction is no different from other addictions. Gadget addicts will lose interest in other things, brush off their responsibilities and spend most of their time alone.

All this will impair their emotional and social abilities. They may ignore their education and deem it unimportant. Even their health may be compromised. They may not be able to get a good quality sleep. In addition, they may suffer eyesight problems because of overexposure to the screen.

So, what’s the best way to nurture a good digital habit? One way is to introduce an “electronic-free” period for an hour or two every day. A good period to do so is in the early evening. Enjoy this time with your whole family without electronic disruption. Turn off every device like mobile phones and even the internet modem. Spend time the “analogue” way by interacting and joking around with the family.

You can also exponentially increase the fun by playing board games together. To make it more interesting and competitive, you could try making it a boys-versus-girls or parents-versus-children competition. The losers would have to do something for the winners; for example, prepare breakfast for them.

The list is endless. There are so many ways to make family time fun. When there are activities together, bonds are strengthened. At the same time, you reduce the unnecessary dependence on gadgets and end up creating a healthy balance between the children’s digital needs and the basic values of family living.

Not all forms of technology is bad. If used responsibly, they can be a form of education too. For example, some video games could be educational in that they can help children to think strategically, develop quick reflexes and promote critical thinking when dealing with challenges. However, it should still be limited to certain periods, for example, two hours a day, to avoid gadget abuse. 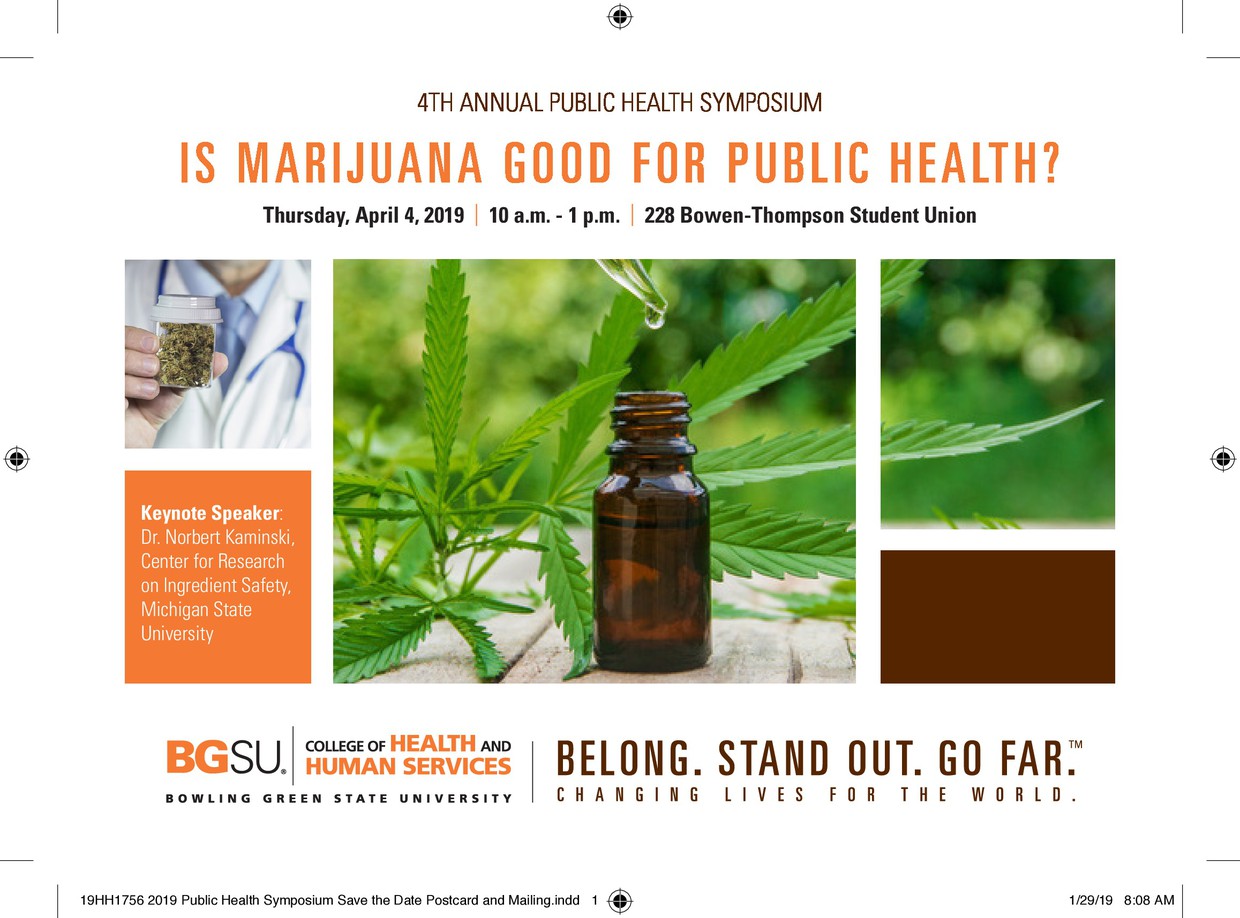 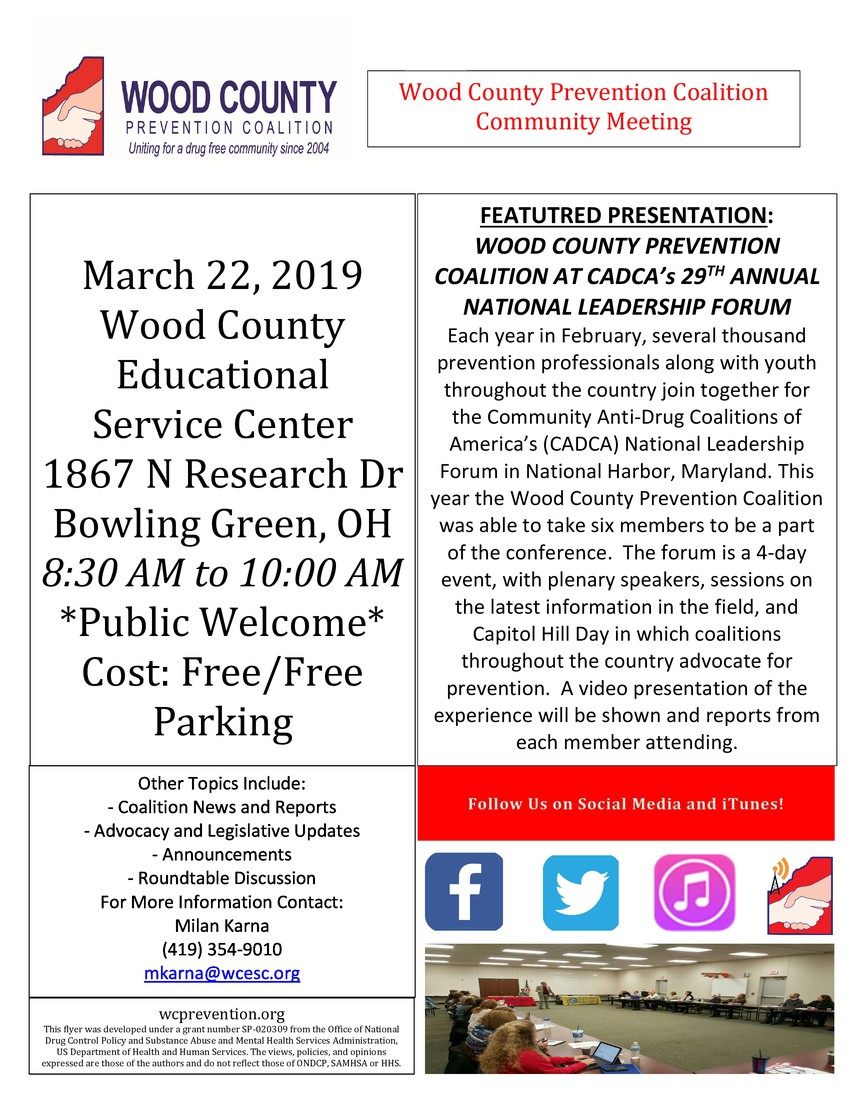 Our first coalition meeting of the calendar year is schedule to take place on Friday, March 22, 2019. An agenda will be released once a program has been finalized.
Get Directions