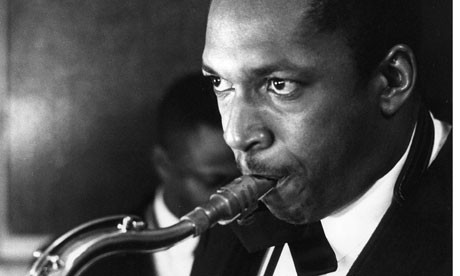 Born on September 23, 1926, in Hamlet, North Carolina, John Coltrane was a saxophonist and songwriter. He influenced following generations of jazz musicians through his own distinct style of playing. On July 17, 1967, he passed away in Huntington, New York due to liver cancer.

As a child, he was surrounded by music because his father had a huge passion for it. Coltrane first heard Jazz through Count Basie and Lester Young records in which influences from these artists can be heard in his music later on. 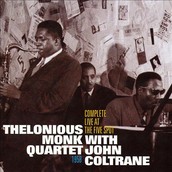 Working His Way up

Before becoming a solo artist, there was a period of several years in which Coltrane was in multiple jazz bands. He was in one group led by Eddie "Cleanhead" Vinson and he played with Jimmy Heath's band in which he began experimenting more with his music and style. Later, in 1949, Coltrane played with a big band led by Dizzy Gillespie for a year and a half. By then, Coltrane started to become well known and groups would hire him based on his talent. However, in 1950, he had developed a drug addiction which caused him to be fired shortly after the groups had asked him to join. For the next 2 years or so, Coltrane was a part of the Miles Davis Quintet in which Davis pushed him to expand on his experimentation. In 1957, Davis fired him because of his heroin addiction and somewhere along this time, Coltrane was able to beat his addiction. In the next six months, he started to make recordings while he was working with Thelonious Monk. He had a huge impact on Coltrane's success as he taught him technical discipline and improved his skills in harmonic and rhythmic sophistication.

Soon after, Coltrane started his solo career and had his own band known as the John Coltrane Quartet. The group started producing albums, creating a name for themselves, as well as becoming more recognizable. Their album, A Love Supreme, won two Grammy awards for performance and jazz composition. 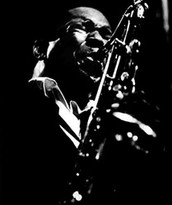 Inventing his Own Style - What Makes Him a Virtuoso

In Jazz, John Coltrane had invented his own sound in improvisation known as, “sheets of sound.” He had invented this when he played with Thelonious Monk and was a part of Miles Davis’ group. Coltrane was able to play his notes at an incredibly fast speed, still managing to clearly articulate each note. In describing this creation, he had said, “I start in the middle of a sentence and move both directions at once.” In all registers, he had mastered his tone as he had learned the technique of multiphonics in which different tones can be produced based on special fingerings, relaxed embouchure, and varied pressure. His tone was clear and full. Basically, his new approach to improvisation was a difficult style to master that needed a full inside and out knowledge of the instrument as well as a skilled technique in controlling tone to communicate the emotion and passion that Coltrane was able to do, making him a virtuoso.

Torn Views in his Musical Tradition

John Coltrane was known as an influence to future musicians as well as seen as an incredible musician during his time, due to the fact that his invention of, "Sheets of Sound," broke traditional techniques of Jazz music and improvisation. Some were amazed with his fast playing but others thought that if was anti-jazz and did not enjoy it. Ira Gitler, a Jazz historian and journalist thought that Coltrane's music was monotonous and, "a treadmill to the Kingdom or Boredom." In describing one of the saxophonist's tracks, Pete Welding, a critic had said, "a torrential and anguished outpouring, delivered with unmistakable power, conviction, and near-demonic ferocity and as such is a remarkable human document." Over all, opinions on Coltrane were torn but there is no doubt that he captured emotion in his playing and influenced future generations with his new technique.

Are Great Performers Made or Born?

Great performers are made. A child prodigy is a person under the age of ten that can produce content at the same level of an expert adult. They have the potential and the skills to be great performers from the start but that still means that they need to practice. If they don’t continue to practice, their skills would weaken like any normal person. Great performers are made through consistent hard work and the passion that drives them to keep going and to work harder. No one is great at anything without hard work and practice.

John Coltrane was not a child prodigy as he bloomed later on. Coltrane is a saxophonist but his specialty is in tenor sax. At the age of 13, he first played the clarinet and it wasn’t until high school did he switch to the alto saxophone. The first two instruments that he chose to play were not the instruments that he ended up mastering today, showing that he did not immediately know what he was born to play in his life and that he bloomed later on. It is said that he was not an obvious talent from the start, but it was evident that he was passionate and practiced his instrument whenever he could, always striving to improve. He had not started the tenor sax until a few years later. Nonetheless, already at a young age, he had the determination; hard work and the want to practice, making it clear as to how he became such a well known virtuoso later on in his life.