LEARN THE 4 FORCES OF FIGHT

LEARN THE 4 FORCES OF FIGHT 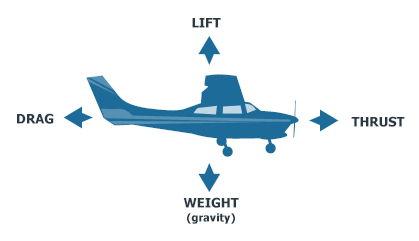 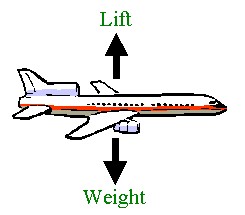 Lift opposes weight. In fluid dynamics, a swiss scientist, Daniel Bernoulli, discovered that for a fluid, an increase in the speed of the fluid will simultaneously result in a lower pressure, or in other words it will decrease the fluids potential energy. A aircraft's wing is shaped in a airfoil, the top of the wing is longer than the bottom witch will make the air above the wing increase speed and decrease pressure. Making pressure and velocity inversely proportional. Since the pressure below the wing is higher than the top of the wing, the wing is pushed upwards, because the faster moving air above the wing exerts less pressure, than the higher pressure from the slower moving air below the wing. 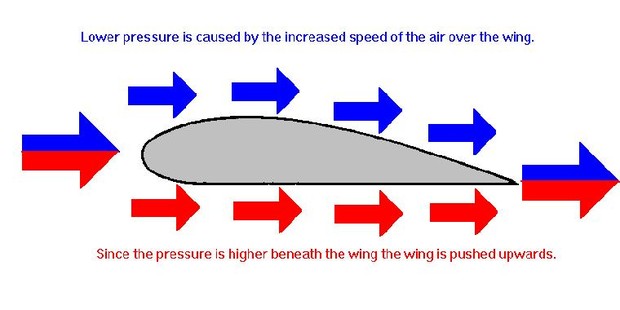 Drag opposes thrust. Drag is a aerodynamic force that resists motion. Drag is created by a solid object moving through a fluid, the air resists the movement of a object. As a object pushes a fluid, or gas out of its way, the fluid pushes back on the object itself. Unlike friction between solid surfaces, the force of drag increases as the object motion increases. The more surface area you have, the more particles hit, and the resistance is greater. For example a having a truck, with a flat front will experience more drag than a sports car with a streamlined shape will experience lower air resistance. Drag can also affect terminal velocity of a solid object. The higher the drag the greater the resistance. 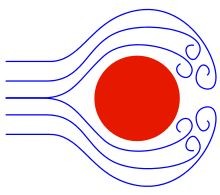 Thrust powers and aircraft through the sky. Planes use a propulsion system to overcome the force of drag. On some aircraft the direction of the thrust can be altered for vertical takeoff. There are 3 types of engines, piston powered, turbo-prop and jet engines. All engines push air out of the back and according to Newton's 3rd law, every action has a equal and opposite reaction. An aircraft needs thrust to fly. 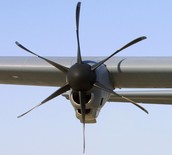