Get email updates from isiana: 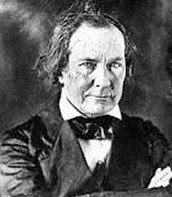 February 1842 congress adjourned that same month Mexican troops under general Rafael Vasquez came to Texas and invaded. The end of March over 1,000 Mexican soldiers were camped in San Antonio. 7 days after that they made a new law. This law was called Martial law an ordered residents to evacuate . Vasquez returned a few days later On March 10 Sam Houston ordered George Washington Hockley to move archive war to Houston .

In September General Adrian Woll lead another Mexican expedition into Texas and captured San Antonio. This war happen because an attempted move of the republic of Texan national archive from Austin to Houston, more bloody over then president Sam Houston's effort to make Houston the capital of Texas.