The Bill of rights helps people know what the laws are. It has 27 Amendments, but it started to only be 10 Amendments before it was ratified (changed), then they have just been changing it over time.

The Bill of rights 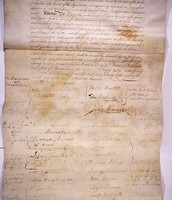 hopefully you learned a lot about the Government

The Preamble is the first sentence of Constitution. it doesn't mean that it has powers. it tells the meaning of the constitution. It was made in Pennsylvania in 1778. It means freedom for Americans. We Americans want to rule our own country, we do not want to be ruled by another country.

The Articles of Confederation contains seven articles. It gives different to the legislative, Executive, Judicial branches of the Government.

The Judge issues that may be unconstitutional. They are the head of the supreme court. They also judge the laws.