Collective Teacher Efficacy: A team's belief that their actions will lead to success for all students = Effect size of 1.57

Our Welcome Back Day keynote speaker, Laura Besser, shared some key learnings about effective teaching practices from meta-analyses of thousands of research studies around the world (Visible Learning, John Hattie, 2009). The average effect size was .4, representing a year's academic growth. Among the most powerful practices are the core elements of PBIS: Feedback that includes clarity of speech, explanation, examples and guided practice, and assessment of learning. Student-teacher relationships are far more effective at increasing academic achievement than is homework! (See the graphic below.) Where do you invest more time and energy?

This issue of our inaugural newsletter shares strategies and hot-off-the-presses information for building relationships and connects you to sources for further exploration. Enjoy! 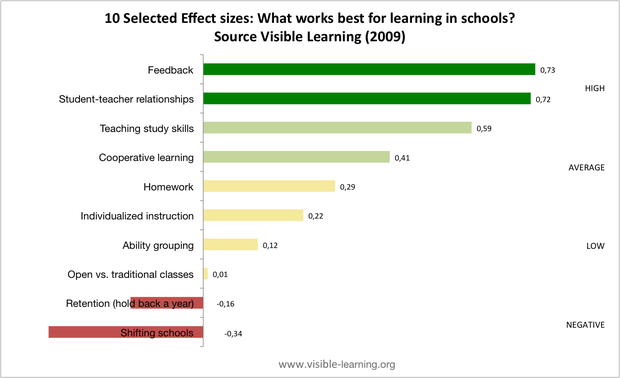 Collective Teacher Efficacy in action: PBIS Excellence! Every single one of our schools received a Bronze Award from the California PBIS Coalition (CPC) and will be honored at First Annual CPC Conference in Sacramento on September 22, 2016. The awards recognize fidelity of implementation of the core features of Positive Behavior Intervention and Supports. Congratulations to all our schools and their hardworking PBIS teams! Watch this very short video to see each school's award and pictures of some of the teams. Teams that submitted their photos in time will be in a slide show display at the conference.
https://www.youtube.com/watch?v=2iQVs7IRn8I 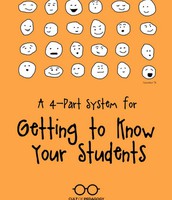 Jennifer Gonzalez has a useful website and blog for teachers called Cult of Pedagogy. In this post, she writes: "Although most teachers value relationship-building, most don’t have any kind of systematic approach for making that happen. We get to know students whenever there’s time to squeeze it in, and this yields uneven results: Extroverted students make themselves known right away, others we get familiar with on a surface level, and far too many go largely unnoticed.

You’ll get to know your students faster and more thoroughly if you have a system in place, a way to make sure you give sufficient attention to every child and store the information you gather for easy access later. In my years teaching at the middle school and college level, I developed a 4-part system that worked beautifully for

me, and I think it will work for you as well."

2. Take an inventory of student interests

3. Store your data - a system for organizing the information for future reference.

4. Do regular check ups - throughout the year, ask students how things are going for them. Don't wait for the end of the year when it's too late to change anything.

*** Also check out this FREE online inventory for teachers to use with their students, the Panorama Get to Know You Survey. Students answer questions about their interests and hobbies outside of school, as well as about their values and learning styles. Teachers sign up for a free account and take the survey before their students take it in class. Students will instantly see what they have in common (up to 5 shared items) with their teacher upon finishing the survey. Teachers can then sign in to view what they have in common with their students and be prompted to reflect on these similarities. 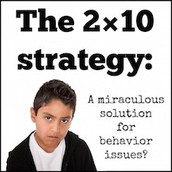 The 2x10 Strategy: A no-paperwork way to build relationship with those students who might already be on your "radar"

"The 2×10 strategy is simple: spend 2 minutes per day for 10 days in a row talking with an at-risk student about anything she or he wants to talk about.

There’s no mystery to the reasoning here, of course–the strategy builds a rapport and relationship between teacher and student, and lets the child see that you genuinely care about him or her as a person.

The miracle is in how it turns that abstract, overwhelming, where-do-I-start concept of relationship building into something easily manageable with an immediate payoff for everyone involved.

And the miracle is in how well it seems to be working in real classrooms, at all grade levels, across the country."

Read more on Angela Watson's website, The Cornerstone for Teachers and her follow-up post about what to do when students won't talk, you don't have time for individual conversations, or you don't know how to start the conversation. 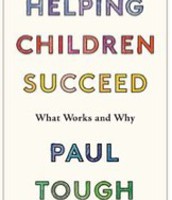 Want students to show grit? Give them a sense of belonging, competence & autonomy

Tough also taps research that finds our most successful teachers build relationships with students that somehow strike a delicate balance between nurturing them and maintaining academically demanding standards.

In one key study, researchers at Stanford University and the University of Texas at Austin found that a simple, one-sentence note of encouragement made a huge difference in academic outcomes for African-American students, who often have fraught power relationships with teachers.

That’s it — a single sentence, one or the other, stuck to everyone’s homework.

In a follow-up study, students who got the “high expectations” note got higher grades as well." 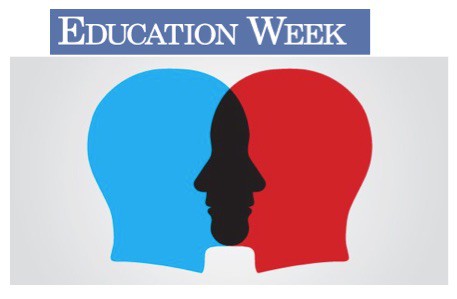 Can an Increase in Empathy Lead to a Drop in Suspensions?

In this blog post, Evie Blad (April 27, 2016) reports on an important Stanford University study of a one-time intervention to help teachers and students empathize with each other, resulting in a 50% reduction in suspensions at five California middle schools.

Many schools have sought to reduce suspension rates in recent years, citing research about the negative effects of classroom removals on students' academic and life outcomes. Critics of those efforts have said they can result in misbehavior going unpunished, leading to chaotic classrooms. But, the Stanford researchers suggest, if teachers change their mindsets while disciplining students, it may lead to less of a need for such discipline in the future by changing the classroom's climate.

"We hypothesized that a punitive response to misbehavior can, ironically, alienate disaffected students and thus incite the destructive, oppositional behaviors it aims to prevent," the authors write. "A response that values students' perspectives and maintains high-quality relationships in disciplinary interactions may improve outcomes. Much research shows that feeling respect for and being respected by authority figures can motivate people to follow rules enforced by those figures, especially in conflicts. If teachers convey this respect while disciplining students, this may improve students' behavior."

"Importantly, the empathic-mindset intervention did not attempt to teach teachers new skills for interacting with students or introduce new policies for how to discipline students. Nor did it attempt to build students' self-control or social-emotional skills, another common approach to improving student behavior. Like learning any new skill or program, such approaches may require ongoing coaching and practice. Instead, we assumed that teachers were capable of building better relationships with students and that students could behave more positively with more supportive treatment. The intervention simply encouraged teachers to view discipline as an opportunity to facilitate mutual understanding and better relationships and empowered teachers to do so in a manner effective for them and their students." 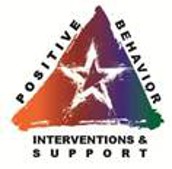 Follow Diana Zelezny
Contact Diana Zelezny
Embed code is for website/blog and not email. To embed your newsletter in a Mass Notification System, click HERE to see how or reach out to support@smore.com