Get email updates from Kaden:

Greek architecture is known for its columns. There are three types of columns: Doric, Ionic, and Corinthian. Other types of Greek art includes, pottery, sculptures, and paintings. Every city state had a temple that was dedicated to a specific god. They went there to worship and make sacrifices. Some leaders like Pericles and Alexander The Great spread the Greek architecture.

We see Greek influence today in important buildings. The White House, Capital Building, Supreme Court, and The Lincoln Memorial all have columns.

In Greece they had a democracy! Its was one of the first countries to have a one. In a democracy everyone could voice there opinions. Leaders in democracies had a limit to their role that could serve a 1 year term. They could only run two times. Some wars that effected the government are the Pelopenesian War and the Persian War. We see Greek influence because even today we have a democracy. 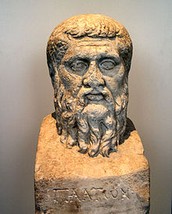 Some philosophers in Greece were Socrates, Plato, Thales, Aristotle, and Zeno. These people tried to answer confusing questions such as who are we, what is the universe, and do we have a purpose. They wrote books such as The Republic, Meno, and Complete. They also were very advanced in mathematical skills. Even today we use mathematic skills like them. 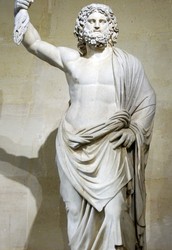 Greeks use mythology to explain the unexplainable. Some heroes in mythology are Hercules, Achilles, Jason, and Perseus. To explain the events they had gods to take the place such as lightning they said was Zeus. This helped explain natural events. Today we still have mythology in TV shows, Percy Jackson, and movies.

In sports male free Greek citizens could compete in sports. Sports they had were boxing, discus, javelin, and wrestling. People who watched the sports were leaders, unmarried women, and gods. They competed so they honor the gods. Athletes were honored if they won sports events. Even today we have the Olympics.

Follow Kaden Sutton
Contact Kaden Sutton
Embed code is for website/blog and not email. To embed your newsletter in your email, click HERE to see how or reach out to support@smore.com