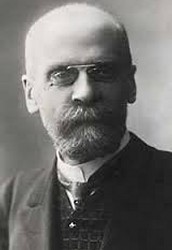 What he is known for

He was inspired by Auguste Comte to become a sociologist. In sociology he mainly studied suicide and society. He wrote three books which names are Suicide, The Division of Labour in Society, and The Elementary Forms of Religious Life. He thought technology and mechanization put moral and ethical structures in harms way. He also thought when people got more money and got more happy from that, they would get more greed. He influenced many sociologists and philosophers.

Connect with Jonathan B