-Abortion is very similar to the term "murder."

-Every abortion kills an innocent human being.

-Poverty, rape, disability, or "unwantedness" do not morally justify abortion.

-Abortion is much more dangerous than childbirth

-About 85% of abortions are performed on unmarried women.

-About 25% of abortions are performed when a couple are living together but not married to one another.

-Women in their 20's have the highest abortion rate in the United States.

-The abortion rate of women with Medicaid coverage is three times as high as that of other women.

This is a chart showing by age how many abortions are frequently performed.

Percentage of weeks until an abortion is performed

This is a chart showing how many weeks it takes until the woman decides to go through with an abortion.

This chart shows abortion rates depending on the woman's religion. 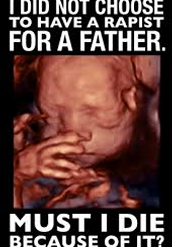 IT IS NOT THE BABY'S FAULT

-Many women choose to have an abortion because of reasons like her being rapped. It is not the baby's fault and he/she should not have to be punished all because of an incident that took place.

-There is also reasons being said like the woman getting pregnant with a guy she barely knew or had to met at a party for example and became pregnant not knowing the guy personally..that is still no excuse for killing an innocent human being.

-No child should EVER have to be murdered all because of something that took place between a woman and man.

-If the man and woman had time to make the baby, they should make time to raise the baby!

How could someone murder an innocent human being before ever meeting them?

-Some women make the decision as to having an abortion for various of reasons but I'd like to know how can someone end an innocent human beings life after seeing sonograms being done? I just don't understand how someone could even think about such a thing after seeing a beautiful baby growing and moving inside of them. 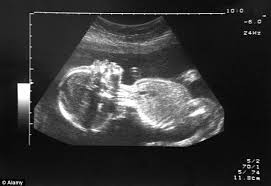 ABORTION SHOULD NOT BE AN OPTION!