What event did they recall?

I interviewed my mom and her new husband, my step-dad, Ryan about their wedding day.

What details of the event were recalled by the different people?

When I interviewed my mom she started from the beginning of the day when we woke up. She remembered eating at Cracker Barrel for breakfast and them messing up her order. She talked about how our neighbor, Donna, did her hair and then disappeared and did not attend the wedding or the reception. She remembered how Donna was mean to me about my spray tan and telling me that it wasn't my day and to get over it. Then my mom told me about what everyone was wearing. The boys, Ryan and his son, were in black suits and I was in a black dress. She says she wasn't looking at anyone except the pastor when she walked down the isle with her father. She told him to slow down because he was walking too fast. She said she remembered me having to adjust her dress a lot for the photographer during the wedding. She told me she remembered the wedding being short and centered around the family. She remembered lighting the unity candle together and saying their vows. Then Wade, the pastor, pronounced them "Mr. & Mrs. Hackett and family." Then she said she remembered walking back down the isle and not looking at anyone again. She says she remembered having to send Logan, my step-brother, back down the isle to get his Grandmother, Gigi. She remembered waiting to take pictures with her new husband and trying to update their Facebook relationship statuses to "married." ShaRee and Kevin helped clean up the church. She remembered getting in the car and tried not to mess up her dress. My mom told me in the interview that she remembered not feeling any different after getting married. She says it was also cold and Ryan kept her warm. She told me that the photographer arrived to the reception around the same time they did. She remembered walking into the room and everyone "Oooing and ahhing" at the reception. Her and Ryan greeted everyone at the reception and she remembers it being chaotic. She remembered the toast and not having a father-daughter dance. She said people left and she was glad because she was tired. She said the cake was pretty, and Ryan did not shove it in her face. She said Uncle Jon cried because he said the wedding was so beautiful and sweet. She said she remembered ShaRee not wanting to stay to clean up and Kandi got upset about that. My mom had to help clean-up her own wedding. She then told me her and Ryan went home and watched TV and slept.

What was the same?

There were very few events that were recalled the same by my mom and Ryan. They both recalled walking down the isle, saying the vows, lighting the candles, and sleeping later that night.

What did the two people reveal about their personal interests, values, and/or needs?

My mom revealed that the family aspect of the ceremony was important to her because she remembered it. Ryan was less detailed and his interview was only about three minutes. Ryan mentioned the vows, so that may have been revealing values in the marriage. He did not say anything about the colors or what we were wearing, but my mom did. That may just be because she is a girl so it was a big deal.

Do you think it is possible that both people recalled the event correctly? Explain.

I think it is possible that they both recalled the event correctly because I was there. I was with my mom the whole day so I remembered all of the same things and more. I was with Ryan all day except the morning of the wedding, so him sitting in the hallway may not be remembered correctly.

Explain how your findings might support psychological research on how we construct memory. http://faculty.washington.edu/eloftus/Articles/sciam.htm

My findings support the research in the way that we only remember what we want to or what means something to us. The colors in the wedding and the outfits did not matter to Ryan, therefore he did not even mention it in the interview. He also mentioned the food, which my mom did not. After the interview she asked me what Ryan had said and she was shocked she didn't say anything about the food. My mom did mention the cleaning up part, which she was upset about.

How might misinformation and imagination effects play a role in how your family members recalled their event?

Ryan may have imagined sitting in the hallway before the wedding. I was not there so I do not know if that is true or not. They both may have just told me they went to sleep after they got home. My mom also could have just imagined not looking at anyone in the church during the wedding. 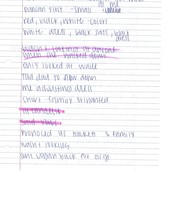 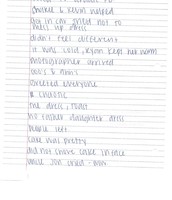 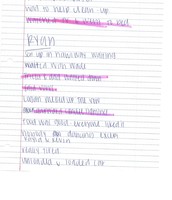 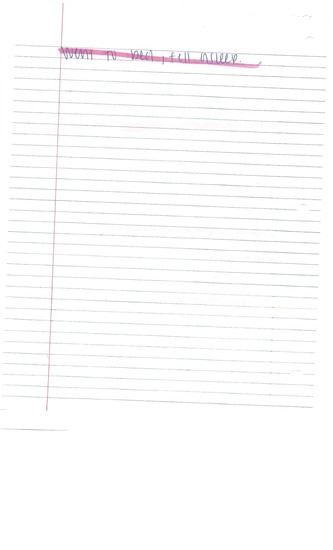