It's what one of the posters in our Philadelphia office reads. Every day it hangs on the blue wall - firm and unwavering (unless it's crooked), taunting us at our most vulnerable. When it's 4AM and our shift still isn't over. When it starts blizzarding on a Friday night and we're called in for backup. When it's Sunday and instead of being in bed, we're staring right at it, flanked on all sides by products to be uploaded and Facebook ad campaigns to be launched and Vistar orders to be placed. And suddenly, in those moments, it ceases to taunt, and starts encouraging us.

It takes ten perfect orders to perfect. It takes one slight misstep to be imperfect, and have no doubt that that order is the one the customer will remember.

A FEW HIGH LEVEL THINGS, brought to you by Shark Week:

Liquor before beer you're in the clear, beer before liquor you should really learn to hold your drinks and not rely on this stupid rhyme.

Beer and wine is officially live in Seattle and our liquor license passed in NYC!

Manifest Destiny (but like, not the white supremist patriarchal kind)

Our lease for the Manyunk warehouse was secured to be signed. Portland and Houston will launch within weeks and Raf & Yakir "just got off the phone with a couple ministers in Toronto" (yes, I mean Drake). By the end of the summer we'll have our sights set on some of our first college town locations.

Expansion means hiring. We're all friends here, so why wouldn't we hire our friends? If you have any referrals, REFER THEM.

Watching your coworkers get doused by sunglasses was probably too hot to handle. Here's a video of some more coworkers getting doused in water to cool you off.

PUFF'S GOLDEN TICKET
We're making childhood dreams come true. Here's how it will work: Golden Tickets will be randomly placed in orders (stickered to products). Three people will win in each city. Their prize? A visit to the goPuff warehouse in their city and one minute to run through the warehouse to grab anything and everything they can (within limitations). Managers, you'll all get more info by the end of the week. Also if you know any Oompa Loompas please holla.

THE COLLEGE TOUR
...is starting at the end of August! Our annual tour is no doubt the biggest and baddest and bestest way to spread the goPuff word to college students everywhere. Nine cities, dozens of campuses, and one West Coast Customs (aka James Harper's dad) tricked out van. Share any giveaway ideas you have!

FIND US...
On billboards in Philly and Denver, buses in Seattle and DC, and golf carts driving drunk people around in Phoenix. Coming this July!

Here's your weekly #PUFFNATION advice column, brought to you by Will Ferrell doing stuff:

How to: TRANSITION TO A NEW CITY

Every customer and situation, personality and preference, is unique in it's own way, therefore it's up to the Regional and Ops Managers to get a grasp of that city's culture. This goes for business and social life as well. Blend in to your city and make connections the same as you did at home. And keep that "my city" state of mind. As far as operations, if you've seen the hectic nights in Philly, you can do anything. Stay organized and follow the guidelines you've already obtained back home. - Matt, Seattle 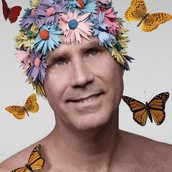 How to: LAUNCH IN STYLE

goPuff Chicago is growing very fast. Last Sunday we had around 50 deliveries, and it was our third week since launch. One of the drivers didn't show up, and it was only me and a driver taking deliveries. That night I had taken more than 20 deliveries myself. Costumers are loving us already and have been talking about us and referring us to their friends. Maintaining a positive attitude towards customers and drivers is key. Soon everyone in Chicago is going to know and use goPuff, and until then, we'll keep hustling. - Indrit, Chicago 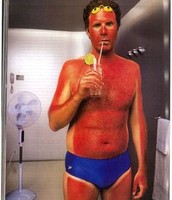 How to: HANDLE IT WHEN IT'S HOT

Philadelphia is our biggest city, and growing every day. To handle it when things get crazy and business is booming, here or in another city, just keep it simple. Don't freak out. Run and pack and communicate. Expect for every night to be crazier than the one before. And when you do need help, ask for it! Senior managers are only a phone call away. - Ron, Philadelphia

Resident playboi James Harper is taking his talents to the Mile High City and will be Denver's new Regional Manager!

Welcome Jake Wooten to Philadelphia! He'll be managing our finances to make sure we don't blow our entire investment on strippers and cocaine (again).

And shoutout to all of our new managers! Dylan in Denver, Justin in Philly, Patrick in Phoenix and Mike in Philly!

WEIRD ORDERS = AMAZING ADS...take note of the most outrageous orders and send them to Marketing! 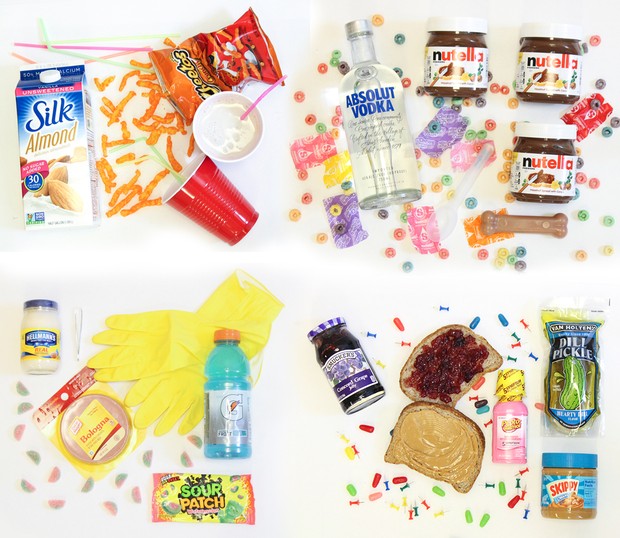 So you just started here last week. Tell us a little about yourself.

I like snowboarding, playing basketball. Big into poker - theory, strategy.

So that means you're good.

While I was learning programming, that's how I supported myself. I was bankrolled.

Someone would give me money to play for them and I'd split the profit.

What's the most money you ever made in one session?

I never played high stakes, because the higher you go the better the players are. My best night was turning 200 into three grand.

That's very goPuff of you.

I met Yakir through a family friend, his roommate. I went to BBQ at their house one weekend, showed Yak the apps I made, and it was over from there.

How did you get into coding?

I met a senior developer in Israel after high school who did apps. Five years later I met up with him and a friend of mine who was also into coding, moved to California with them and learned everything there.

Did you always want to go into coding?

I was a mechanical engineering major at community college, and was planning on finishing at Temple, but then I got into the Cali gig.

What is it you like so much about coding?

What's cool about it?

It looks like gibberish from far away, but when you look father in, it makes so much sense. You can see the progress you're making directly to an interface, which is so cool.

I have an app in the app store. It's called molecule visualizer, it shows 3D versions of common molecules.

Why did you make that?

Because Apple just came up with this framework in 2014 and I thought I'd play with it. It was a resume builder. I didn't graduate college so I had to put an app in the app store - it's like the developer's degree.

What's the sexiest line of code?

I have to think about that, something that embodies elegance, that has a huge calculation factor in one line and is easily readable.

Let's add a cute pufferfish to the loading screen of our home page.

Who are your living heroes?

What's your idea of perfect happiness?

Having my own house in a semi-remote California, near Big Sur near the beach. With two or three German Shepherds.

What's something we don't know about you?

I used to be an EMT.

Don't really have one. Just work hard. I like being not exciting.

You're grocery shopping. What's in your cart?

Bacon. The $3 rices from Whole Foods. Odwallas - I fuck with those pretty hard.

Which words or phrases do you overuse?

What's your favorite thing about working at goPuff?

Snacks on demand. Hookah while I work. The fact that no one over 30 works here.

If you weren't working at goPuff, what would you be doing?

Be a professional poker player.

You can choose one question to be asked in this interview. What is it?

I don't want to be asked anything.

You're such a developer.

HAVE A KICKASS WEEK PEOPLE